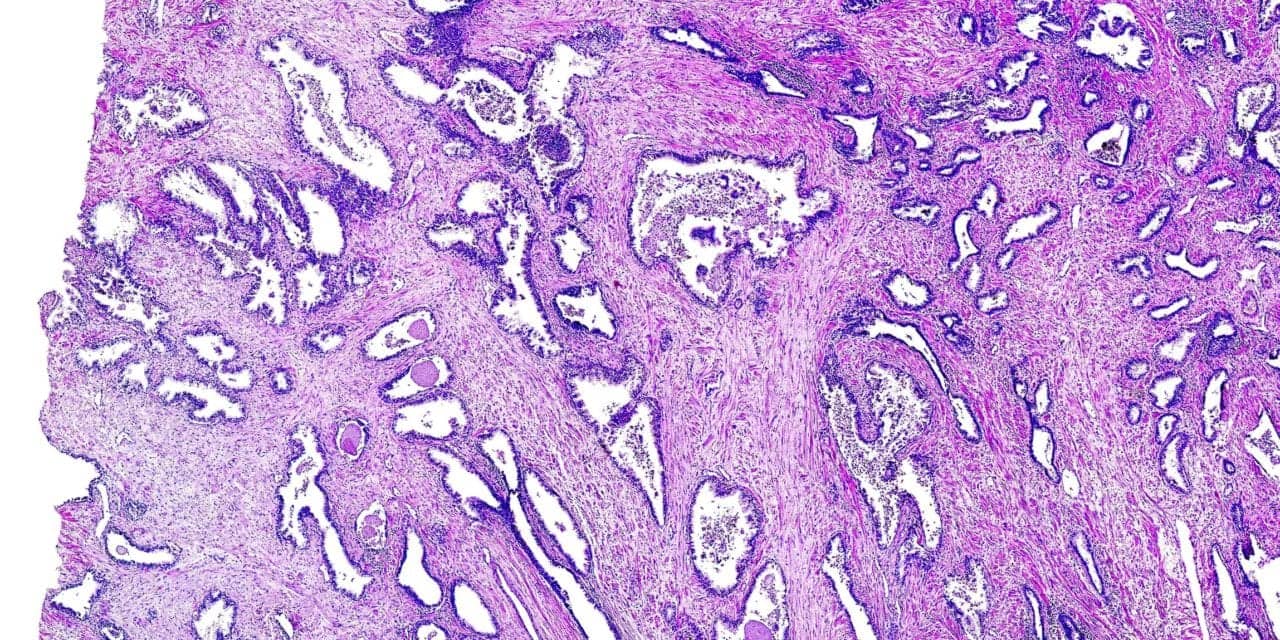 Validation data for New York-based miR Scientific’s Sentinel Prostate Test, a urine-based, noninvasive prostate cancer test show that miR Scientific’s platform can detect molecular evidence of prostate cancer with sensitivity of 94% and specificity of 92%, which translates to AUC of 0.98.1 When the cancer is diagnosed, the test further classifies the cancer as either low risk with sensitivity of 93% and specificity of 90%, which translates to AUC of 0.98, or critically, as high risk with sensitivity of 94% and specificity of 96%, which translates to AUC of 0.99. The publication highlights test results based on urinary exosomes that are isolated from a single specimen of regularly passed urine. Hundreds of specifically extracted small non-coding RNAs (sncRNA) are then interrogated in a high-throughput real-time PCR–based platform and analyzed with a proprietary classification algorithm. “miR Scientific is dedicated to providing all age-eligible men, especially those with suspicion of cancer, a methodologically, clinically, and scientifically validated technology that provides from a single urine specimen, exceptionally accurate, timely, and actionable knowledge of the molecular status of prostate cancer,” says Sam Salman, miR Scientific chairman and CEO. “Our breakthrough platform enables us to reimagine how things ought to be for patients, physicians and other key healthcare stakeholders: a standalone test that reaches across communities from all racial and socio-economic backgrounds with what is demonstrated in the Journal of Urology data to have an unmatched impact on comprehensively improved outcomes by optimizing care, reducing anxiety, eliminating avoidable morbidities and preserving life and precious financial and point-of-care resources.” The publication includes performance data on a case-controlled training and validation group of 1,436 subjects comprised of a retrospective sample of 613 patients from the University Health Network at Princess Margaret Hospital’s GU BioBank and a cohort of 823 subjects from Albany Medical Center (AMC) and SUNY Downstate Medical Center (DMC), where urine samples were collected prior to biopsy and analyzed from participants with suspicion of prostate cancer, during a 2-year period (2017 to 2019). As further described in the publication, the testing and validation group was analyzed with sncRNA sequences obtained from a proprietary selection algorithm in a discovery phase comprised of a group of 235 participants from AMC and DMC. As also supported by the data, with the ability of the miR Scientific Sentinel Test to identify high-risk patients from those who do not have prostate cancer, or who have indolent disease, hospitals and clinics can benefit from safely prioritizing capacity and medical talent for those with high risk disease. Similarly, payors of all types are likely to process fewer reimbursement claims for unnecessary procedures and associated morbidities, by, for example, making active surveillance a more attractive option with a non-invasive test, and mitigating costs of supporting late-stage disease interventions. Salman says that, based on the successful validation of each of its three standalone Sentinel test elements, miR Scientific has now taken the final step to generate a single, fully integrated Sentinel Prostate Test from a urine specimen collection that definitively classifies and monitors the risk of a subject into one of four groups: “No Molecular Evidence of Prostate Cancer” (NMEPC), or, for patients with molecular evidence of prostate cancer, Low Risk, Intermediate Risk, or High-Risk cancer. The Company is preparing for the large-scale commercial launch of its Sentinel Prostate Test as a CLIA and CLEP Lab Developed Test. For more information, visit miR Scientific. Reference 1. Wang WW, Sorokin I, Aleksic I, et al. Expression of small noncoding RNAs in urinary exosomes classifies prostate cancer into indolent and aggressive disease. J Urol. 2020;204(3):466-475. doi: 10.1097/JU.0000000000001020 Featured image: Prostate cancer of a human, highly detailed segment of panorama. Photomicrograph as seen under the microscope, 10x zoom. Image © Viachaslau Bondarau, courtesy Dreamstime.com (ID 66313345). 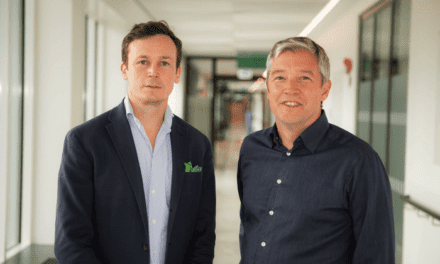 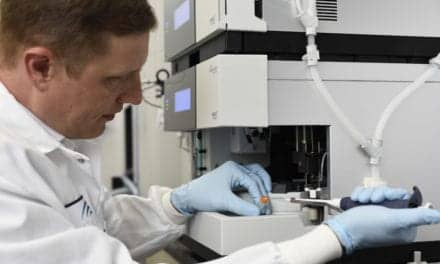 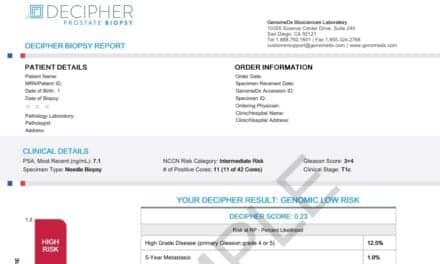 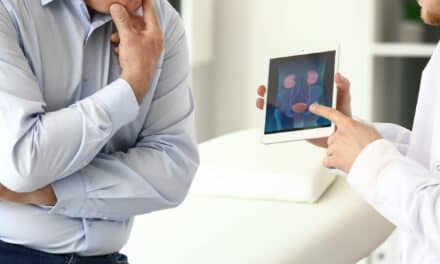 Spotlight Is on Prostate Cancer Testing in September