By William J. Catalona, MD, and Jack A. Maggiore, PhD

Complex questions remain about when and how best to test for prostate cancer. Nonetheless, the value of two important information sources for prostate health assessment was underscored in the recently revised guidelines issued by the National Comprehensive Cancer Network (NCCN).

No test is perfect, of course, so PSA testing has garnered its share of critics. Some researchers have even gone so far as to suggest that PSA testing be abandoned.

We believe the criticism of PSA testing is largely unwarranted. Yes, the urology community’s understanding of PSA results continues to evolve. Yes, research and experience have brought to light changes that should be made in how the test is used. Indeed, some of those changes are encompassed in the new NCCN guidelines.

Still, the tPSA test remains the single most valuable cancer marker. It is more diagnostically specific for prostate cancer than mammograms are for breast cancer, and mammograms are respected for their ability to detect early-stage disease. Much the same goes for fPSA, which increases the accuracy of tPSA by helping to distinguish between prostate cancer and benign prostatic conditions.

Total and percent-free PSA should be tested with the same manufacturer’s technology and, if possible, by the same lab. It is easy and convenient to achieve this level of control and accuracy, because tPSA and fPSA can be obtained as paired automated tests. For our research, we use the Hybritech® PSA and free PSA by Beckman Coulter (Fullerton, Calif).

The confusion over PSA testing could cost lives. Below, we take a closer look at both tPSA and fPSA to help sort through the issues surrounding them—and to explain why they remain a crucial weapon in the fight against prostate cancer.

Issues and Answers
One of the most prevalent criticisms of PSA testing is this: Most prostate cancers are harmless, slow-growing, and an inevitable consequence of aging. Therefore, screening over-detects prostate cancers that are unlikely to cause men suffering or death, the critics say. The critics are particularly concerned both about men who receive unnecessary biopsies, and about patients who receive radical cancer treatment that may leave them impotent or incontinent. Some critics also maintain that because most diagnoses and treatments for prostate cancer constitute—in their opinion—over-diagnosis and treatment, health care resources might be better allocated for other uses.

We believe this criticism represents a potentially tragic misreading of the available data. By far, most cancers detected by PSA screening possess the features associated with clinically significant cancers. Yet most of these cancers are confined to the prostate, meaning that the assay caught them in time for effective treatment. Since the advent of widespread PSA screening in 1991, prostate cancer mortality rates have declined in the US by more than 20%. Prior to that time, mortality rates had been rising for 30 years. While other factors may have played some role, PSA screening has contributed substantially to this turnaround.

The critics also fail to mention follow-up procedures such as fPSA that can improve the accuracy of the tPSA test and prevent unnecessary biopsies. The NCCN guidelines note that fPSA is useful in this regard.

Controversy over PSA testing has also been stirred by a recently published study in the May 27, 2004, issue of the New England Journal of Medicine by Ian Thompson et al1. The study found that roughly 15% of men whose PSA levels were lower than 4.0—that is, in the “normal” range—had prostate cancer, as determined by needle biopsies. Depending on the PSA level, 10% to 20% of these cancers were determined to be high-grade cancers.

The authors write that their data suggests a dilemma. If the 4.0 cutoff is lowered, the incidence of overtreating clinically insignificant disease will rise. If the cutoff is left where it is, some dangerous cancers will be undertreated. Some members of the lay media have taken the conclusions further, however. They claim the study casts doubt on the usefulness of all PSA testing.

In our view, the issue was eclipsed by events before the study appeared. We have felt for some time that the cutoff should be lowered to 2.5. Data shows that approximately 25% of men with PSA levels between 2.5 and 4.0 will have cancer detected by a biopsy. The new NCCN guidelines also recommend lowering the cutoff to 2.5 for considering a biopsy.

The earliest PSA research by Catalona led to the cutoff for biopsy originally being set at 4.0. That level was chosen because it seemed to be a good middle ground. It detected many dangerous cancers early enough for them to be cured, and minimized the number of false positives—that is, benign prostatic conditions that might trigger unnecessary biopsies.

As results accumulated in the study, however, it became obvious that the cutoff should be changed to 2.5. In the cohort of subjects whose PSA was in the 2.5 to 4.0 range, almost half advanced to levels beyond 4.0 within 4 years. For nearly one-third of these men, their prognosis had worsened because, at the point the PSA level reached 4.0, the cancer had already spread up to, or past, the margins of the prostate.

Further study also showed that a prostate cancer can sometimes be highly aggressive without producing much PSA. How then can these tumors be caught in time to be cured? The research suggested that the most sensible approach was beginning at a relatively early age with annual screening that included both PSA testing and a digital rectal exam (DRE). The reason for starting at an early age was to establish a baseline. Then the red alert signal—a rapid rise in PSA level—would be easier to spot.

The NCCN guidelines essentially encompass all these changes. The NCCN now recommends that men get their first tPSA test at age 40. If the result shows a tPSA level of more than 0.6, annual tPSA testing should begin at that time. Previously, men were not advised to even begin tPSA testing until age 50.

The NCCN also agrees with us that the trend of tPSA results over time can be more diagnostically meaningful than any single result. And to make sure that apples are being compared to apples when examining that trend, the NCCN suggests that men get their test performed with the same assay every year, and at the same lab if possible. This helps control for variance between test methods and laboratory technique—a crucial step, we feel.
Finally, the NCCN states that if the PSA is greater than 2.6, the patient should consider a biopsy. Critics argue that lowering the cutoff to this level will inevitably lead to more unnecessary biopsies. Our view is that, given the above-mentioned data on PSA progression, many men will simply be receiving a necessary biopsy at an earlier point than under the 4.0 cutoff. And for some of those men, that will make a lifesaving difference.

Prior to performing a biopsy, clinicians may want to consider conducting an fPSA test. Men without prostate cancer generally have a higher ratio of fPSA to tPSA compared to men with prostate cancer. With mild elevations of tPSA, fPSA analysis may aid in distinguishing between benign and malignant conditions of the prostate. Recent research has shown that adding fPSA to prostate cancer screening could identify 52% of the high-risk population of men, even if tPSA and the DRE were shown to be normal. The study—by Robert Uzzo et al—was published in the April 2003 issue of Urology2.

Another recently published paper—this one in the October issue of the Journal of Urology3, by lead author Thomas Stamey, MD—has also created doubt for some about the efficacy of PSA testing. Stamey makes some useful observations about PSA testing, but we respectfully disagree with his overall conclusion: That elevated levels of PSA don’t actually detect prostate cancer or show its severity, but instead indicate benign prostatic hyperplasia (BPH), an enlargement of the prostate that is harmless.

If the NCCN guidelines are widely followed, their impact will quiet some of the critics. We are in a different time than when the PSA test was first implemented, but it is still a time when the test really matters.

William J. Catalona, MD, is professor of urology at Northwestern University Feinberg School of Medicine and director of the Clinical Prostate Cancer Program at the Robert H. Lurie Comprehensive Cancer Center at Northwestern Memorial Hospital in Chicago. Jack A. Maggiore, PhD, is president and chief scientific officer of BIOSAFE Laboratories Inc in Chicago, where his research and publications include development of novel collection and analytical platforms for prostate disease detection and monitoring. 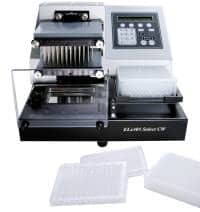