OVA1™, the first blood test cleared by the FDA for aiding in the pre-surgical evaluation of a woman’s ovarian mass for cancer, is now available nationally through Quest Diagnostics.

With the availability of OVA1, physicians can assess, prior to a planned surgery, the likelihood that a woman’s ovarian mass is malignant in order to direct her to the most appropriate surgeon, promoting more favorable treatment outcomes. Vermillion Inc, a molecular diagnostics company, developed the test in cooperation with Quest Diagnostics.

OVA1 is the first FDA-cleared protein-based in vitro diagnostic multi-variate index assays (IVDMIA), a new class of state-of-the-art software-based diagnostics. The test combines the results of five well-established protein biomarkers to produce a single numerical result to help a physician classify the likelihood that a woman’s mass is cancerous or benign.

"The availability of a new test that can help gynecologists and other physicians determine the likelihood a woman’s mass is benign or malignant is a significant development in the battle against this devastating disease," said Karen Orloff Kaplan, MSW, MPH, Sc.D., chief executive officer of the Ovarian Cancer National Alliance, a leading patient advocacy group. "It is a big step towards helping each woman get the most appropriate care for her unique situation."

Ovarian cancer is the leading cause of death from gynecologic cancers in the United States and the fifth-leading cause of cancer deaths in women.1 Ovarian masses affect an estimated one million women and lead to as many 300,000 ovarian mass surgeries in the United States each year, according to an analysis by third parties on behalf of Quest Diagnostics.

Clinical practice guidelines recommend that women with ovarian cancer be under the care of a gynecologic oncologist. Yet, pre-surgical evaluations of ovarian masses, which include clinical evaluation and radiological tests such as CT scans and ultrasound, may provide inconclusive evidence of cancer. An estimated one third of initial surgeries for ovarian cancer are performed by gynecologic oncologists.2

"Studies show that surgery performed by a gynecologic oncologist to remove a cancerous ovarian mass is associated with more favorable outcomes," explained Fred Ueland, MD, associate professor gynecologic oncology at the University of Kentucky’s Markey Cancer Center and principal investigator of the prospective, multi-center OVA1 clinical trial evaluated by the FDA. "Based on my clinical experience, I believe OVA1 will not only help identify more women with ovarian cancer for referral to a gynecologic oncologist and improve cancer treatment outcomes, but it also will give other women greater confidence that their ovarian tumor is benign."

In a prospective clinical study, OVA1, when combined with pre-surgical clinical and radiological assessments and used by non-gynecologic oncologists, detected 92% of malignant ovarian masses compared to 72% without OVA1. In addition, 14 of 20 woman who participated in the study whose cancer was missed by pre-surgical clinical and radiological assessments would have been identified as having malignant ovarian masses had OVA1 results also been evaluated prior to their surgeries.

"Too often, a gynecologist will operate on a patient for an ovarian mass only to find an invasive malignancy requiring the skill of a specialist to remove," said Jon R. Cohen, MD, senior vice president and chief medical officer, Quest Diagnostics, and a surgeon. "When this happens, the physician may need to prolong or terminate and reschedule the operation unless a gynecologic oncologist is readily available. OVA1 may help gynecologists and other physicians direct more women with cancer to a gynecologic oncologist for their first and hopefully only surgery." 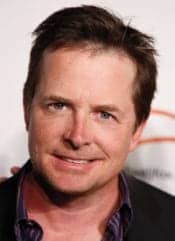