The prostate cancer screening tests that have become an annual ritual for many men don’t appear to reduce deaths from the disease among those with a limited life expectancy, according to early results of a major US study involving 75,000 men.

Results released today from the Prostate, Lung, Colorectal and Ovarian (PLCO) Cancer Screening Trial show that six years of aggressive, annual screening for prostate cancer led to more diagnoses of prostate tumors but not to fewer deaths from the disease. The study, led by researchers at Washington University School of Medicine in St. Louis and conducted at 10 sites, will appear online March 18 in the New England Journal of Medicine (and in the journal’s print edition on March 26).

“The important message is that for men with a life expectancy of seven to 10 years or less, it is probably not necessary to be screened for prostate cancer,” says the study’s lead author and principal investigator Gerald Andriole, M.D., chief urologic surgeon at the Siteman Cancer Center at Washington University School of Medicine and Barnes-Jewish Hospital.

But it’s too soon, he added, to make broad screening recommendations for all men based on the study’s initial findings.

“So far, only a minority of men enrolled in the PLCO study have died, so it may be premature to make generalizations about the ultimate results of the trial,” he says. “We don’t have enough data yet about the youngest men in the study – those in their 50s – and it may be that over time, we will, in fact, see a benefit from screening.”

The PLCO trial began in 1992 with funding from the National Cancer Institute and was designed to determine whether prostate cancer screening reduces deaths from the disease. It involves men ages 55 to 74 who received either annual PSA blood tests and digital rectal exams or “routine care,” meaning they had the screening tests only if their physicians recommended them. After seven to 10 years of follow up, deaths from prostate cancer were very low in both groups and did not differ significantly between the groups.

More than 186,000 U.S. men will be diagnosed with prostate cancer this year, and nearly 29,000 will die from the disease, according to the National Cancer Institute. PSA blood tests, introduced in 1988, have increasingly been used as a screening tool for prostate cancer, despite a lack of evidence showing they reduce death rates from disease.

The controversy over prostate cancer screening has arisen because most men who undergo a biopsy for an abnormal PSA test do not have prostate cancer. For those who have cancer, the tumors generally grow so slowly that most men die of other causes. Furthermore, prostate cancer treatment can result in incontinence and impotence. However, some tumors can be aggressive, and the difficulty has been distinguishing aggressive cancers from those that are slow growing.  “We definitely need to find better ways to detect and treat aggressive tumors, those that are truly life-threatening, so that men with slow-growing tumors can avoid unnecessary treatments,” says Andriole.

Today’s results are the first to detail death rates from prostate cancer among men in the PLCO study and are being released to coincide with the presentation of the data at the European Association of Urology meeting in Stockholm, Sweden.  The PLCO data are being made public now because the study’s Data and Safety Monitoring Board, an independent review committee that meets every six months, saw a continuing lack of evidence that screening reduces deaths due to prostate cancer as well as the suggestion that screening may cause men to be treated unnecessarily. The PLCO investigators will continue to follow patients for several more years to see whether annual screening eventually reduces prostate cancer deaths.

The trial involved 76,693 men, who were randomly assigned to receive either annual PSA blood tests for six years and digital rectal exams for four years or routine care, which included physical checkups but no mandate for annual prostate cancer screening.

“My recommendation is that, for now, men with a life expectancy of more than seven to 10 years continue to be screened for prostate cancer,” says Andriole.

“On the other hand, screening is probably not necessary for elderly men and men with significant health issues. These men should have a conversation with their doctors to make an individual decision about whether they want to be screened, because clearly there can be harmful side effects related to treatment, while for these men, there has been no demonstration that screening will prolong their lives.”

Men were referred for follow up testing for prostate cancer if their PSA level was higher than 4.0 ng/ml or if the rectal exam was abnormal.
The researchers noted that the vast majority of men in both groups who developed prostate cancer were diagnosed with stage II disease (out of IV). The number of later-stage cases was similar in the two groups. However, men in the routine-care group had more aggressive tumors (Gleason score 8-10). The reduced number of men with prostate cancer with a Gleason score of 8-10 in the intervention group may eventually lead to a mortality difference, but data analyzed so far have not shown such a benefit.

Additionally, men in both groups received similar treatments for their disease, which was not dictated by being a participant in the PLCO.
Another study reported in this same online issue of the NEJM is the large European Randomized Trial of Screening for Prostate Cancer (ERSPC), which shows a 20% reduction in the rate of death from prostate cancer but with a high risk of overdiagnosis. In the ERSPC, unlike the PLCO trial, men were referred for follow-up testing if their PSA level was 3.0 ng/mL or higher and were also screened, on average, every four years as opposed to annually in the PLCO.

Lowering the threshold for what is considered an abnormal PSA to 3.0 ng/ml is likely to diagnose more tumors but not necessarily identify those that are more likely to be aggressive, Andriole says. 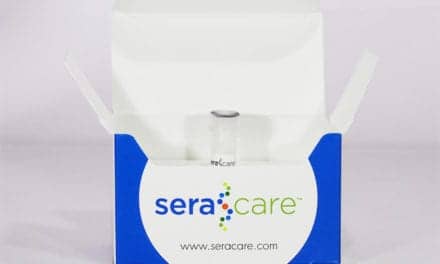