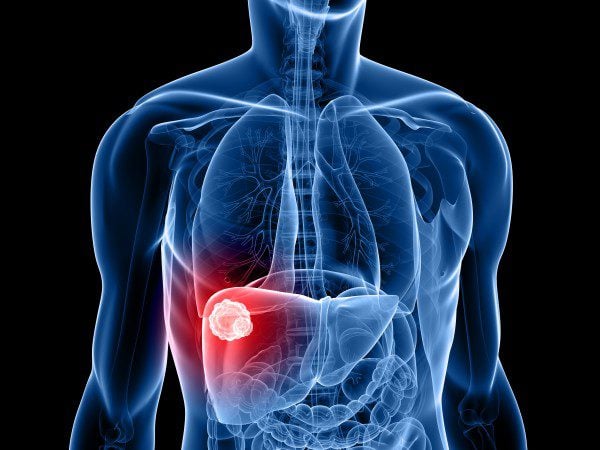 A novel artificial intelligence blood testing technology developed and used by Johns Hopkins Kimmel Cancer Center researchers to successfully detect lung cancer in a 2021 study has now detected more than 80% of liver cancers in a new study of 724 people.

The blood test, called DELFI (DNA evaluation of fragments for early interception) detects fragmentation changes among DNA from cancer cells shed into the bloodstream, known as cell-free DNA (cfDNA). In the most recent study, investigators used the DELFI technology on blood plasma samples obtained from 724 individuals in the U.S., the European Union (E.U.) and Hong Kong to detect hepatocellular cancer (HCC), a type of liver cancer.

The researchers believe this is the first genome-wide fragmentation analysis independently validated in two high-risk populations and across different racial and ethnic groups with different causes associated with their liver cancers.

Their findings were reported in Cancer Discovery and at the American Association for Cancer Research Special Conference: Precision Prevention, Early Detection, and Interception of Cancer.

It is estimated that 400 million people worldwide are at higher risk of developing HCC because of cirrhosis from chronic liver diseases including chronic viral hepatitis or non-alcoholic fatty liver disease, according to a worldwide analysis of the burden of liver disease (J. Hepatology, 2019).

Of the 724 plasma samples studied, 501 were collected in the U.S. and E.U. and included samples from 75 people with HCC to train and validate the machine learning model, a type of artificial intelligence that uses data and algorithms to improve accuracy, explains Foda. For validation, an additional 223 plasma samples were analyzed from individuals in Hong Kong and included samples from 90 people with HCC, 66 with hepatitis B virus (HBV), 35 with HBV-related liver cirrhosis and 32 people with no underlying risk factors.

The DELFI technology uses a blood test to measure the way DNA is packaged inside the nucleus of a cell by studying the size and amount of cell-free DNA present in the circulation from different regions across the genome. Healthy cells package DNA like a well-organized suitcase, in which different regions of the genome are placed carefully in various compartments. The nuclei of cancer cells, by contrast, are like more disorganized suitcases, with items from across the genome thrown in haphazardly. When cancer cells die, they release DNA fragments in a chaotic manner into the bloodstream.

DELFI identifies the presence of cancer by examining millions of cfDNA fragments for abnormal patterns, including the size and amount of DNA in different genomic regions. The DELFI approach only requires low-coverage sequencing, enabling this technology to be cost-effective in a screening setting, the researchers say.

In the latest study, researchers performed the test—which was previously shown to accurately classify lung cancer—on cfDNA fragments isolated from the plasma samples. They analyzed the patterns of fragmentation across each sample to develop a DELFI score.

Scores were low for cancer-free individuals with viral hepatitis or cirrhosis (median DELFI score was 0.078 and 0.080, respectively), but, on average, 5 to 10 times higher for the 75 HCC patients in the U.S./E.U. samples, with high scores observed across all cancer stages, including early-stage disease (DELFI scores for Stage 0 = 0.46, Stage A = 0.61, Stage B = 0.83, and Stage C = 0.92). In addition, the test detected fragmentation changes in the content and packaging of liver cancer genomes, including from genome regions associated with liver-specific activity.

The DELFI technology detected liver cancers at their earliest stages, with an overall sensitivity—or ability to accurately detect a cancer—of 88% and a specificity of 98%, which means it almost never incorrectly provided a false positive result, among people at average risk. In samples collected from those at high risk of HCC, the test had 85% sensitivity and 80% specificity.

“Currently, less than 20% of the high-risk population get screened for liver cancer due to accessibility and suboptimal test performance. This new blood test can double the number of liver cancer cases detected, compared to the standard blood test available, and increase early cancer detection,” says Kim, co-senior author on the study.

The researchers say next steps include validating this approach in larger studies for clinical use.

More than 800,000 people are diagnosed with liver cancer worldwide each year, and it is a leading cause of cancer deaths worldwide, according to the American Cancer Society.

Featured image: Liver cancer is the third leading cause of cancer deaths worldwide and improvements in early detection could help save the lives of individuals with this disease. Photo: Sebastian Kaulitzki / Shutterstock 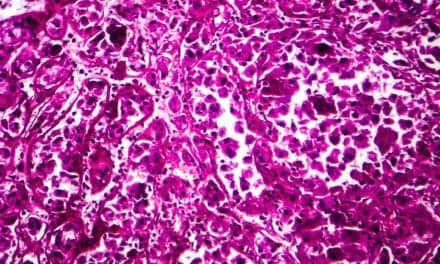 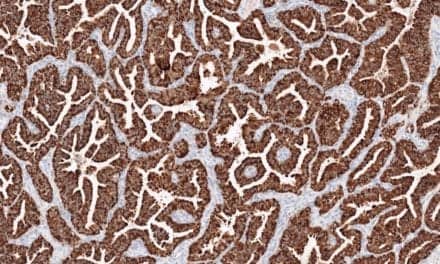 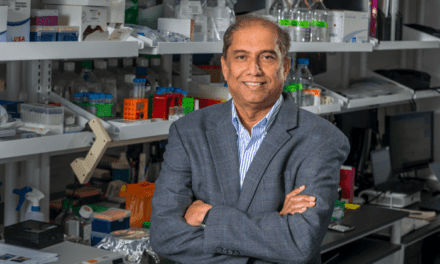 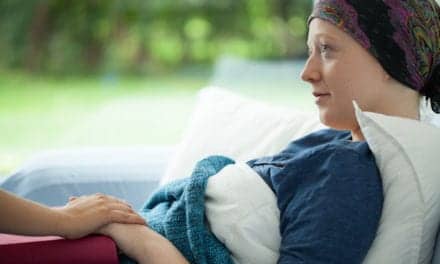