VeriChip released a statement last week refuting claims that its implantable microchips are linked to cancer, offering a number of studies that it says support its position.

VeriChip, which develops radio frequency identification (RFID) systems, issued the statement after an Associated Press (AP) story questioned the safety of implantable microchips in an effort to “set the record straight in response to unbalanced press reports” relating malignant tumors to the company’s microchips.

Since learning of the AP article, the company said it has discovered two studies from its manufacturer that examine microchip implants in laboratory mice and rats and conclude that microchip implants do not cause malignant tumors.

COPAN to Host Workshop on Automated Specimen Processing at AACC 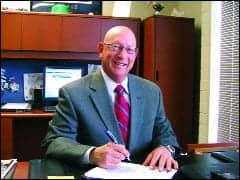