Douglas C. Wallace, PhD has joined The Children’s Hospital of Philadelphia to continue his investigations into the role of mitochondrial energy in health and disease.

In establishing the Center of Mitochondrial and Epigenomic Medicine (CMEM) at Children’s Hospital, Wallace leads a team focusing on mitochondria. Mitochondrial function plays essential roles across the lifespan, in both rare and common childhood diseases, in adult-onset metabolic and degenerative diseases, and in cancer and aging.

Wallace was most recently the founder and director of the Center for Molecular and Mitochondrial Medicine and Genetics at the University of California-Irvine. He first achieved prominence in the 1970s as the leader of a group at Stanford University that defined the genetics of the mitochondrial DNA—the DNA within each mitochondrion, as distinct from the more familiar nuclear DNA inside chromosomes. His group demonstrated that human mitochondrial DNA is inherited exclusively from the mother.

Wallace will assume the Michael and Charles Barnett Endowed Chair in Pediatric Mitochondrial Medicine and Metabolic Disease at Children’s Hospital from Paige Kaplan, MD, who is retiring. He also joins the faculty in Pathology and Laboratory Medicine at the University of Pennsylvania School of Medicine.

In the new Center of Mitochondrial and Epigenomic Medicine, Wallace’s team is focusing on mitochondrial and epigenomic dysfunction in a wide range of clinical problems. Some common diseases they are studying include autism, epilepsy, heart disease, diabetes and obesity, forms of blindness, Alzheimer and Parkinson disease, cancer, and aging. They also are investigating how mitochondrial genes influence adaptation to extremes in our environment such as arctic cold, tropical heat, or high altitude.

Wallace’s center will also focus on preclinical studies relevant to developing therapies for mitochondrial dysfunction, for which few effective clinical treatments currently exist. He will be collaborating with physician-scientists already at Children’s Hospital such as Marni Falk, MD; Neil Sondheimer, MD, PhD; and Jaya Ganesh, MD, as well as interacting with researchers in the University of Pennsylvania’s Mitochondrial Research Affinity Group. 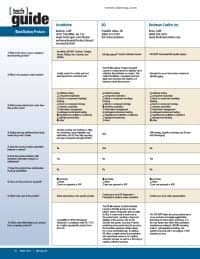