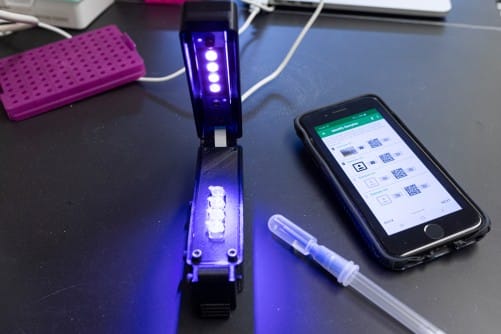 Researchers have developed a new test for COVID-19 that combines the speed of over-the-counter antigen tests with the accuracy of PCR tests that are processed in medical labs and hospitals.

The Harmony COVID-19 test—developed at the University of Washington (UW)—is a diagnostic test that, like PCR tests for COVID-19, detects genetic material from the SARS-CoV-2 virus. But whereas conventional PCR tests can take several hours, the Harmony kit can provide results in less than 20 minutes for some samples and with similar accuracy.

“We designed the test to be low-cost and simple enough that it could be used anywhere,” says Barry Lutz, PhD, a UW associate professor of bioengineering and investigator with the Brotman Baty Institute for Precision Medicine. “We hope that the low cost will make high-performance testing more accessible locally and around the world.”

Lutz is senior author on a paper published in Science Advances that describes the Harmony COVID-19 test kit. The researchers developed Harmony to be simple and easy-to-use, employing ready-to-use reagents.

The test uses a “PCR-like” method to detect the presence of the SARS-CoV-2 RNA genome in a nasal swab sample with the aid of a small, low-cost detector, which was also designed by Lutz’s group. A smartphone is used to operate the detector and read the results. The detector can handle up to four samples at a time and would fit into a standard car’s glove compartment.

Initial results reported in the paper show that the Harmony kit is 97% accurate for nasal swabs. The Harmony kit detects three different regions of the virus’ genome. If a new variant has many mutations in one region, the new test can still detect the other two. It can, for example, detect the omicron variant, which has dozens of mutations in the region of the genome that encodes the so-called spike protein.

Though tests based on PCR are highly accurate, a key limitation is that PCR tests require dozens of cycles of heating and cooling to detect genetic material in a sample. The test developed by the UW team sidesteps this issue by relying on a PCR-like method known as RT-LAMP, which doesn’t have the same stringent temperature-cycling requirements.

“This test operates at a constant temperature, so it eliminates the time to heat and cool and gives results in about 30 minutes,” says Lutz.

Lutz and two colleagues spun out a new company from the UW, Anavasi Diagnostics, which last year was supported by $300,000 from WE-REACH and later received $14.9 million in grants from the National Institutes of Health to develop the Harmony prototype kit into a product.

Initially, Lutz and his team hope the kits could be made available first for use in clinics, as well as other settings with medical oversight, such as workplaces and schools. Later, they would like to adapt the test for home use.

“For a long time, the options have been either a PCR test that is expensive and typically takes a day or more to get a result, or a rapid antigen test that gives fast results and is low cost, but typically has lower accuracy than a lab PCR test,” says Lutz. “From the first day, we designed our test to be manufacturable at low cost and high volume, while delivering fast results with PCR-like performance.” 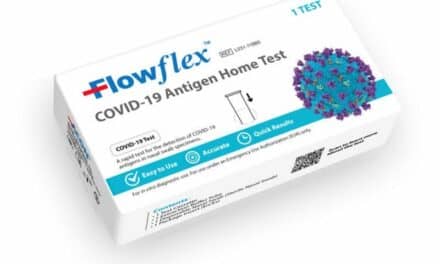 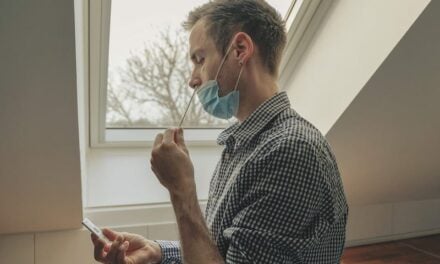 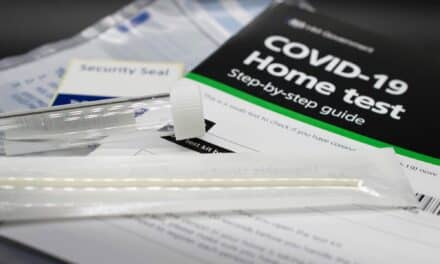 COVID-19: How to Educate Consumers About Different Tests 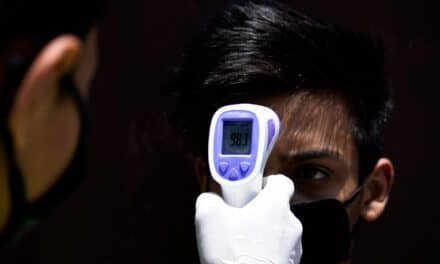