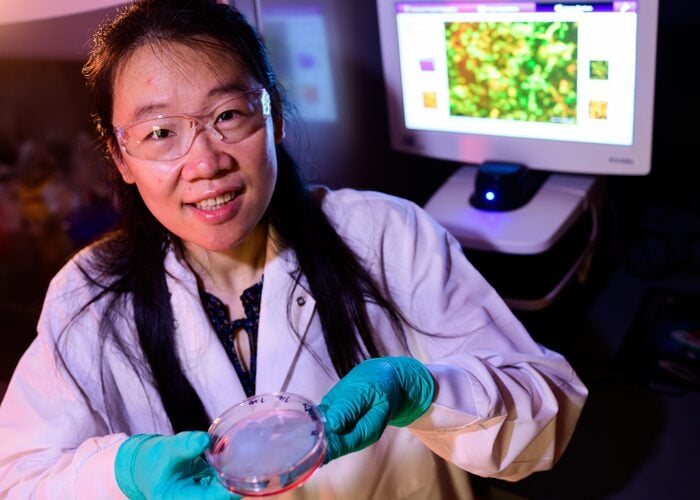 An engineered CRISPR-based method that finds RNA from SARS-CoV-2 promises to make testing for COVID and other diseases fast and easy.

Collaborators at Rice University and the University of Connecticut further engineered the RNA-editing CRISPR-Cas13 system to boost their power for detecting minute amounts of the SARS-CoV-2 virus in biological samples without the time-consuming RNA extraction and amplification step necessary in gold-standard PCR testing.

The new platform was highly successful compared to PCR, finding 10 out of 11 positives and no false positives for the virus in tests on clinical samples directly from nasal swabs. The researchers showed their technique finds signs of SARS-CoV-2 in attomolar concentrations.

Cas13, like its better-known cousin Cas9, is part of the system by which bacteria naturally defend themselves against invading phages. Since its discovery, CRISPR-Cas9 has been adapted by scientists to edit living DNA genomes and shows great promise to treat and even cure diseases.

And it can be used in other ways. Cas13 on its own can be enhanced with guide RNA to find and snip target RNA sequences, but also to find “collateral,” in this case the presence of viruses like SARS-CoV-2.

“The engineered Cas13 protein in this work can be readily adapted to other previously established platforms,” Gao says. “The stability and robustness of engineered Cas13 variants make them more suitable for point-of-care diagnostics in low-resource setting areas when expensive PCR machines are not available.”

Yang said wild-type Cas13, drawn from a bacterium, Leptotrichia wadei, cannot detect attomolar level of viral RNA within a time frame of 30 to 60 minutes, but the enhanced version created at Rice does the job in about half an hour and detects SARS-CoV-2 in much lower concentrations than the previous tests.

She says the key is a well-hidden, flexible hairpin loop near Cas13’s active site. “It’s in the middle of the protein near the catalytic site that determines Cas13’s activity,” Yang says. “Since Cas13 is large and dynamic, it was challenging to find a site to insert another functional domain.”

The researchers fused seven different RNA binding domains to the loop, and two of the complexes were clearly superior. When they found their targets, the proteins would fluoresce, revealing the presence of the virus.

“We could see the increased activity was five- or six-fold over wild-type Cas13,” Yang says. “This number seems small, but it’s quite astonishing with a single step of protein engineering.

She added: “But that was still not enough for detection, so we moved the whole assay from a fluorescence plate reader, which is quite large and not available in low-resource settings, to an electrochemical sensor, which has higher sensitivity and can be used for point-of-care diagnostics.”

With the off-the-shelf sensor, Yang says the engineered protein was five orders of magnitude more sensitive in detecting the virus compared to the wild-type protein.

The lab wants to adapt its technology to paper strips like those in home COVID-19 antibody tests, but with much higher sensitivity and accuracy. “We hope that will make testing more convenient and with lower cost for many targets,” Gao says.

The researchers are also investigating improved detection of the Zika, dengue, and Ebola viruses and predictive biomarkers for cardiovascular disease. Their work could lead to rapid diagnosis of the severity of COVID.

“Different viruses have different sequences,” Yang says. “We can design guide RNA to target a specific sequence that we can then detect, which is the power of the CRISPR-Cas13 system.”

But because the project began just as the pandemic took hold, SARS-CoV-2 was a natural focus. “The technology is quite amenable to all the targets,” she says. “This makes it a very good option to detect all kinds of mutations or different coronaviruses.”

“We are very excited about this work as a combinational effort of structure biology, protein engineering and biomedical device development,” Gao added. “I greatly appreciate all the efforts from my lab members and collaborators.”

Co-authors of the paper are Rice postdoctoral researcher Xiangyu Deng, undergraduate Jeffrey Vanegas and graduate student Zheng You; graduate students Yuxuan Zhang and Zhengyan Weng of the University of Connecticut; microbiology supervisor Lori Avery and Kevin Dieckhaus, a professor of medicine, of UConn Health; Yi Zhang, an assistant professor of biomedical engineering at the University of Connecticut; and Yang Gao, an assistant professor of biosciences at Rice. 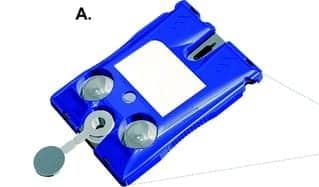 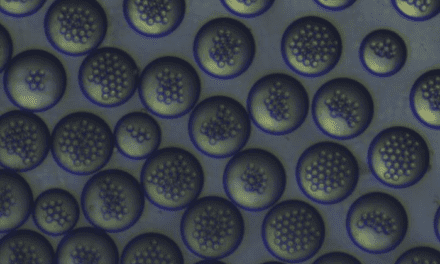 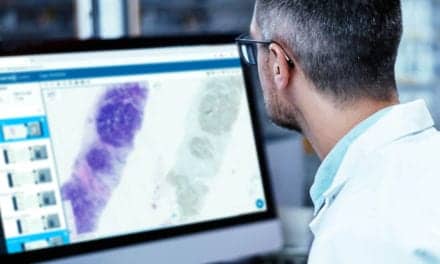