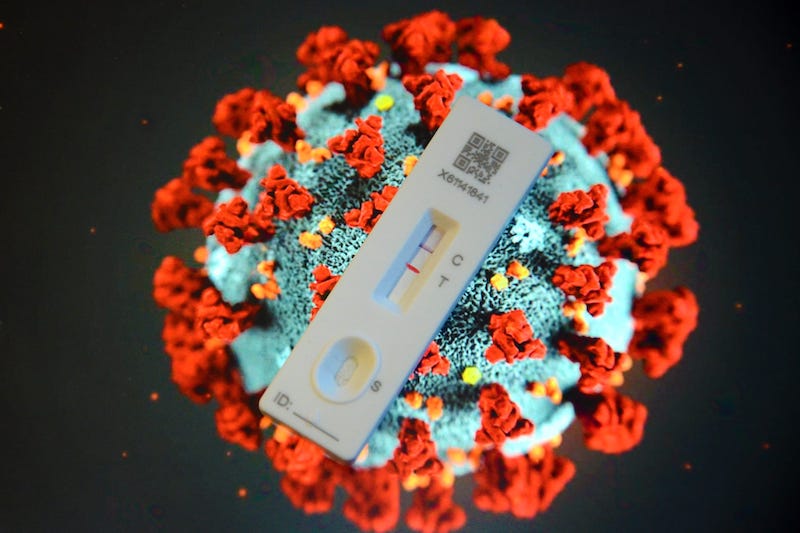 Omicron was first reported in South Africa on Nov. 24, 2021, and within mere days it was already making the rounds in the United States, spiking SARS-CoV-2 case numbers as it infiltrated every school, restaurant, and family gathering. But when exactly did omicron unseat the delta variant to become dominant? And how quickly did it actually take over? These are the questions that a team led by researchers at Harvard Medical School set out to study in real time using a new, faster, variant-determining technique to analyze SARS-CoV-2 samples from university screening programs.

Their analysis, published in Clinical Infectious Diseases, shows that omicron arrived in Massachusetts earlier than experts predicted, and took over in a matter of days—information that the study authors immediately presented to local hospitals and public health departments to inform preparations for a surge of COVID-19 cases.

“Omicron’s rise to global dominance was extremely rapid, and so was its emergence here in Boston. It moved so fast that we’d have missed a lot of cases if it weren’t for these screening programs run by colleges, but with them we were able to document the takeover,” says Bill Hanage, PhD, an associate professor of epidemiology at Harvard T.H. Chan School of Public Health and an author on the paper.

Researchers from Boston University, Harvard University, and Northeastern University collaborated to analyze SARS-CoV-2 samples from their asymptomatic university screening programs. They found that omicron accounted for over 90% of SARS-CoV-2 infections as early as nine days after it arrived in a community. Moreover, 10 percent of cases in university communities were from omicron up to 10 days before omicron hit the 10 percent mark in Massachusetts.

Omicron outcompeted the delta variant at universities one to two weeks earlier than it did in the state as a whole. Additionally, patients infected with omicron had a lower viral load than those infected with delta—indicating that increased transmission of omicron was due to characteristics of the variant itself, rather than the presence of more virus.

The research not only helped sound the alarm about omicron, but suggests that university screening programs may offer valuable monitoring hubs to set up surveillance programs for the early detection of incipient infectious disease outbreaks.

“Universities are a bit of a melting pot that reflects the surrounding community, so they can be a good spot to pick up things as they arrive,” said senior author Michael Springer, PhD, associate professor of systems biology in the Blavatnik Institute at HMS.

In early December, the researchers began to see an increase in COVID-19 cases at university screening programs at Boston-area schools that coincided with an uptick in cases in Massachusetts as a whole—and by mid-December, universities were inundated with positive cases.

“We had all been seeing that omicron was spreading around the world and was going to be coming to Massachusetts,” Springer recalls, adding that at the same time “the number of positive cases we had in the testing lab was pretty shocking,” as it jumped exponentially from what it was only a few weeks earlier.

The standard technique for determining whether a SARS-CoV-2 sample is one variant or another involves sequencing the entire viral genome—a process that often takes seven to 10 days to complete. In fact, when omicron arrived in Massachusetts, many labs that conduct genetic sequencing for SARS-CoV-2 had a backlog of samples, putting them a week or two behind in understanding the true prevalence of omicron.

With the clock ticking and COVID-19 cases rising, the researchers knew they needed a more efficient way of distinguishing omicron from delta, which up to that point had accounted for over 99% of cases. They employed a variant-determining technique recently developed by Nicole Welch, a PhD candidate at HMS and the Broad Institute of MIT and Harvard and an author on the paper. The technique combined PCR gene amplification and CRISPR gene editing technologies to home in on the specific genetic mutations that differentiate delta from omicron.

“Rather than sequence the whole virus, we asked if there are defining mutations at particular locations that collectively served as markers of the viral variants,” says first author Brittany Petros, an MD-PhD candidate at HMS and the Broad Institute.

The team found that omicron can be distinguished from delta in a matter of hours based on as few as three nucleic acid differences between the variants.  Moreover, the researchers used GISAID, a database of SARS-CoV-2 sequences from all over the world, to confirm that these three nucleotide changes differentiated omicron from delta over 99% of the time.

“That really allowed us to say yes, the shortcut method is sensitive and specific for the variants we want to differentiate,” Petros says.

Using this technique, the researchers determined that omicron completely overtook delta within a nine- to 12-day period in university communities. They also figured out that omicron was present and became dominant on local university campuses about one to two weeks earlier than in Massachusetts as a whole—and it was spreading quickly despite patients with omicron having a lower viral load than those with delta.

“Studying these things is really important to understand how transmissible new variants are, and how much of that is down to an ability to sidestep immunity that might mean we need to update vaccines,” Hanage says.

The researchers shared their data with hospitals and public health departments in real time, which prompted some hospitals to pause elective surgeries in anticipation of more people being hospitalized with COVID-19.

“We realized, omicron was not coming, omicron was already here, and we needed to let everyone know,” Springer says.

“Showing our data to people at hospitals and in public health departments as we were generating it allowed for a rapid public health response,” adds Petros.

“The state took over the pipeline of processing samples, working at amazing speed to bring this to public benefit,” Springer says.

Petros noted that the same platform can easily be adapted to differentiate between new SARS-CoV-2 variants, which will be important as the COVID-19 pandemic continues and the virus continues to evolve.

Springer and Petros say several factors made universities the ideal place to profile the dynamics of omicron. The schools had comprehensive university screening programs where everyone was tested once or twice a week, rather than only when they had symptoms and sought clinical care. Additionally, university communities tend to include many people from the surrounding area. Thus, all those tests from all those different people resulted in a large, varied dataset that could be easily studied.

People are often not hospitalized for COVID-19 until days or even weeks after they are infected with SARS-CoV-2, but university samples, which are based on testing everyone regularly regardless of symptoms, captured omicron as soon as it arrived. “We’re talking about omicron having completely outcompeted delta in nine days—at the turnaround of less than one person’s full cycle of getting infected and being hospitalized for COVID-19,” Petros says.

Springer adds, “There’s actually quite a big delay between when something hits and is spreading and problematic, and when it gets to the hospitals.”

On the logistical side, universities had plenty of SARS-CoV-2 samples, and plenty of researchers and technology. “Universities are centers of innovation. We have new and useful technologies and everyone is open to collaboration, so it was down to how we could help figure out what was going on,” Springer says.

Many universities are now halting their SARS-CoV-2 university screening programs, but Springer and Petros agree that similar programs could be a valuable tool in the future.

“Moving forward, we need to think about how we stop future pandemics, and how we better mitigate standard, endemic, communicable diseases. Surveilling certain communities might be useful for this because they give us early response,” Springer said.

“This points towards universities as the place to do surveillance for emerging infectious diseases and future outbreaks,” Petros adds. Such surveillance, she said, could shed light on how an emerging disease is spreading and how different pathogen lineages may be competing with each other.

Now, Springer’s lab is working on developing large-scale diagnostic panels that will make it cheaper and easier to analyze SARS-CoV-2 and other pathogens. Petros is exploring whether it is possible to alter technologies like those used in the study to sequence SARS-CoV-2 samples taken with at-home rapid antigen tests. Such testing is likely to become even more essential for understanding the circulating SARS-CoV-2 strains or lineages, she noted, as asymptomatic screening programs shut down.

Springer and Petros both emphasized that the research could not have been accomplished without substantial collaboration and rapid data sharing between researchers and institutions—something that they hope continues in the future.

“Any one of these school’s studies alone wouldn’t have been as strong as having data from multiple different schools together, where you can see the same reactions and the same trajectories,” Springer says. “We’re trying to solve a real-world problem, so we’re going to have to work together.” 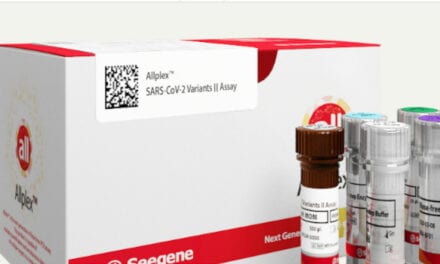 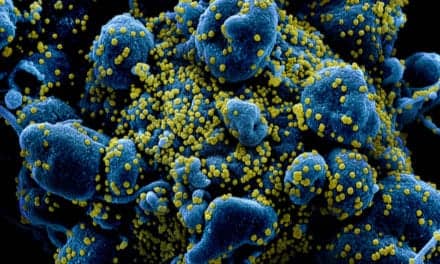 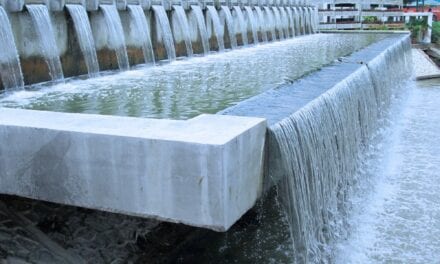 Testing for SARS-CoV-2 in Wastewater 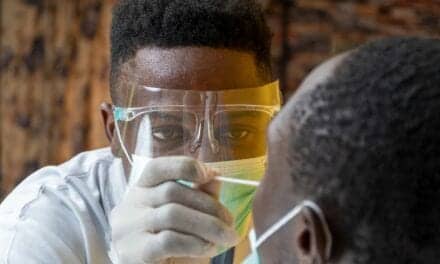