COVID in the Time of Flu Season 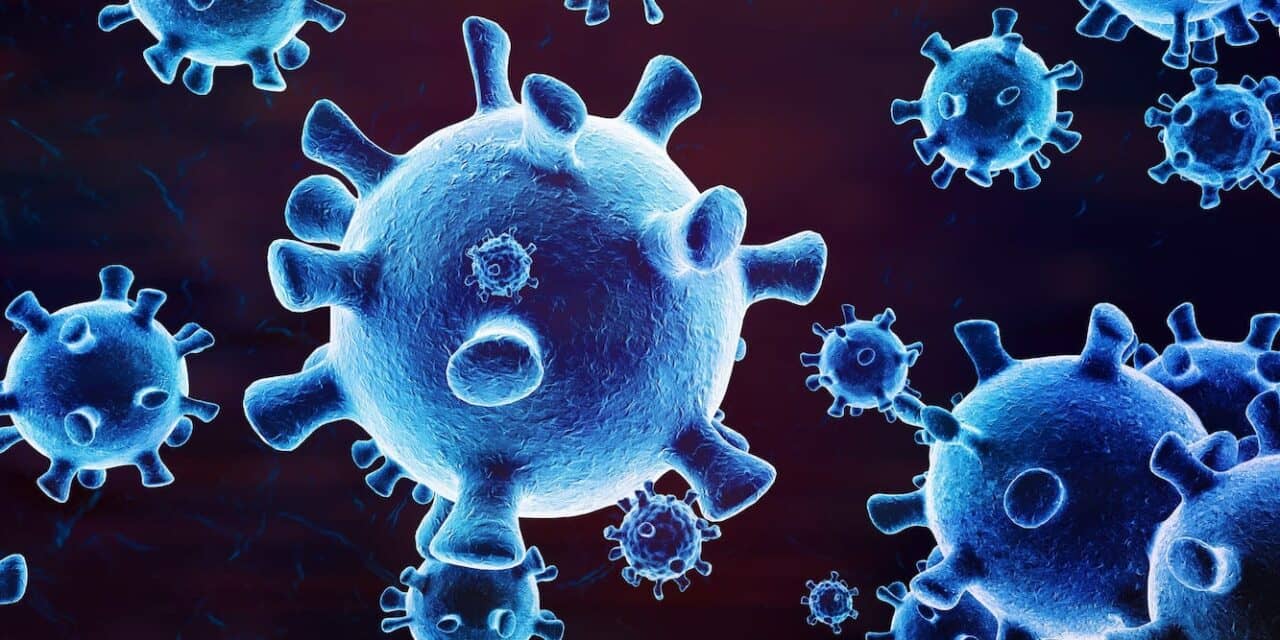 After experiencing only a small number of flu cases in 2020, health officials expect to see a surge during the 2021 flu season. As new COVID cases also continue, laboratories could experience the perfect storm of testing for SARS-CoV-2, influenza A and B, and RSV at the same time.

In 2020, the worst-case epidemiological scenario was a major influenza outbreak in the midst of the COVID-19 pandemic. The United States and the world as a whole got lucky. While COVID raged, influenza cases were essentially non-existent.

As an indication of the scope (or lack thereof) of the 2020 influenza season. Of the 1.3 million samples tested for flu between October 2020 and July 2021 and reported to the CDC, only 2,136 were infected with the flu and only 748 people of this group were coded as having died of influenza, according to CDC statistics. The previous year 38 million people in the entire country were estimated to have contracted the flu and 22,000 died.1

However, we may have only delayed the worst-case scenario. This year’s flu season is again predicted to be potentially significant fueled by the fact that, because many people weren’t exposed to the flu in 2020, any antibodies they could have built up is non-existent.

The reason for the lower flu infections and death were likely a consequence of the social distancing and masking policies implemented to combat COVID-19.1

But last year’s benefit may ultimately be a double-edged sword in the fight against flu. As cities and states begin opening up and relax masking and social distancing rules, and COVID vaccinated (and unvaccinated) people begin to gather again, the potential rises for a twin COVID-flu or even triple COVID-flu-RSV season.

Complicating the infection scenario is that, while COVID, influenza, and RSV (which could also see a significant uptick) are different diseases, they share many of the same symptoms.

“The signs and symptoms of COVID-19 and other influenza-like illnesses (ILI) are all very similar and important to identify and diagnose as early as possible,” says Ronald Blum, PhD, Blum & Associates Consulting. “Priority ILI include Influenza A, B, SARS-CoV-2 and RSV. Other ILI pathogens include parainfluenza virus, rhinovirus, adenovirus, and mycoplasma pneumoniae.”

For example, COVID and influenza can both be characterized with fever, cough, body aches, and fatigue. The only way to know for sure which disease a patient has is through a test. And there labs and the market have numerous options.

“The only way to conclusively differentiate the two diseases is by testing and the most efficient way is multiplex testing that can differentiate between the two pathogens in the same test,” says Manoj Gandhi, MD, PhD, senior medical director for Genetic Testing Solutions at Thermo Fisher Scientific.

Testing as the First Line of Defense

If the COVID pandemic has done anything, it has emphasized the efficacy of laboratory testing.

“COVID-19 increased awareness of clinical testing. Patients are using terms like ‘PCR test’,” says Palaniappan. “The silver lining is that pretty soon there will be access to centralized testing, decentralized, or at-home testing for everyone.”

Multiplex testing seems to be the answer to meet the COVID-influenza-RSV triple threat that patients will likely be facing this flu season.

“The CDC has developed a multiplex panel to detect SARS-CoV-2/Influenza A, B. The CDC Influenza SARS-CoV-2 (Flu SC2) Multiplex Assay detects influenza A and B in addition to SARS-CoV-2 by RT-PCR,” says Blum, who also serves on CLP’s editorial board.

But while there may be increased awareness, multiplex testing, and better access to testing, Palaniappan notes that most tests are given after a patient feels unwell, which, of course, presents certain challenges for clinicians treating a disease that could be much further along.

COVID-19 has also given rise to another phenomenon, which could help patients beat the diagnostic clock, readily available home COVID and flu tests. While convenient and immediate, they present challenges in their own right.

“Home tests that can be done at home and produce an immediate result,  are effective and convenient, but they are not as sensitive as molecular tests,” says Jennifer Schneiders, PhD, VP Diagnostic Laboratory Solutions for Hologic. “Antigen tests are faster but they result in more false negatives and false positives. Molecular tests take about 3 hours to process. They’re fast, too. Most of the time delay is related to transport of the sample. Even with home testing, results still fall on the laboratory. And, in the case of a flu home test for example, it still has to have lab validation.”

Another limitation of home testing is that patients have to have a high viral load for them to be as accurate as possible.

“In a study recently published in the Journal of Clinical Virology2, four rapid antigen point-of-care (POC) tests were compared to the gold standard, RT-qPCR,” says Blum. “In cases where high viral loads were present, all four POC assays had sensitivities of 92.3% or more with specificity of 97% or greater. However, for lower viral loads, sensitivities dropped to between 44.6% and 54.9%.”

That’s not to say that at-home tests shouldn’t be used. In fact, Blum sees that they have some advantages over molecular testing.

“Despite the high rate of false-negatives, rapid, at home tests could be very helpful in situations where you need an immediate result, can be performed in the privacy of your home without a clinician or lab equipment, and are inexpensive compared to molecular tests,” he says.

By analogy, Palaniappan likens the use of home tests for COVID or flu to home pregnancy tests in that they may only be indicative. It still takes a clinician or lab to offer definitive results.

“Just because it’s positive doesn’t mean it is,” he notes.

No matter the test — and every type has its pro and its con depending on the level of disease or the patient’s context — verification always flows to the clinical laboratory. This raises the question: How should labs be preparing or continue to prepare for what could be a very challenging few months?

Flu Season: Preparing for the Worst

Of course, many labs prepped last year for a two- or three-pronged disease spike, which didn’t occur, that doesn’t mean it won’t this year, says Gandhi.

“Laboratories should be proactive in their approach in their preparedness for the intersection of COVID-19 with the seasonal flu,” he says. “This should involve evaluating and implementing appropriate tests that are able to accurately differentiate between the two pathogens as well as appropriate resource staffing in the event that the ‘twindemic’ is worse than expected. As the saying goes, hope for the best but prepare for the worst.”

Echoing Gandhi, Blum notes advanced preparation will be critical for a number of reasons.

“Labs should prepare for a potential influenza spike, as social distancing decreases, in-person schools open up, concerts and conferences return, and society begins to move toward a sense of normalcy,” he says. “The increase in person-to-person contact, combined with many individuals’ waning immunity from not being exposed to influenza over the past year-and-a-half, could lead to an increase in the cases of influenza. The overall number of cases will be influenced by the number of people getting vaccinated with the influenza vaccine.”

He also notes that labs should be ready for an increase in RSV and other respiratory disease testing.

“In addition, other respiratory illnesses such as RSV, are already beginning to take hold in certain parts of the country, particularly in the south,” says Blum. “The CDC has issued a Health Advisory warning of an increase in RSV activity and encouraging testing for RSV among patients who tested negative for COVID, specifically, ‘CDC encourages broader testing for RSV among patients presenting with acute respiratory illness who test negative for SARS-CoV-2’.3 RSV can be associated with severe disease in older adults and young children.”

Because of the high likelihood that there will be a multiple disease season, Blum recommends that labs focus on a specific testing type.

“Laboratories need to consider offering multiplex testing for a combination of respiratory pathogens, including SARS-CoV-2, influenza A and B, and RSV,” he says. “As part of this assessment they should look at the various manufacturers of multiplex testing, and determine whether those tests fit into their current platforms and workflow, as well as, look into how to effectively bill and get reimbursed for these tests.”

One of the difficulties generally in 2020 were with supply issues. And labs could profit from the supply-chain lessons learned during the times of supply shortages during the early days of COVID.

“We’ve found that labs have multiple sources for COVID testing due to the supply issues encountered last year,” says Karen Menge, PhD, Chief Scientific Officer, Chromacode. “As the flu season has the potential to hit, laboratories may want to take the supply chain lessons learned from 2020-2021 and consider back-up plans, including for supply of tests and consumables for flu as well.”

Schneiders agrees with Menge, recommending that labs build up their supplies so they don’t run into the same challenges as 2020, when many organizations were working “hand-to-mouth.”

For Schneiders — perhaps in light of last year’s supply-chain issues — preparation is about having the right mindset. She recommends that labs adopt a level of flexibility in their operations by keeping an open mind and working with what they have whether that are single or multiplex tests.

She also recommends looking at the lab’s data — using that as a way to set benchmarks and predict need, taking as much of the guesswork out of the equation as possible.

“Data is always foundational,” she says.

That being said, it’s likely there will be a measure of unpredictability. Again, flexibility may be critical to meet whatever the season brings with it.

One of the unpredictable events that we could face is a new COVID-19 variant that upends our efforts to stop the current pandemic and impact the severity of the flu season with even more people becoming ill.

“The rise of new variants is something we should all be watching,” says Menge. “So far PCR tests have been extremely good at catching them, but we’ll need to be diligent about any new strains that appear on the horizon.”

“Any living organism is going to keep evolving, so there will be more mutations, and identifying them is time consuming,” he says. “Labs shouldn’t be mutation focused. They should be breakthrough focused. It’s more important knowing which one is causing breakthrough infections.

For Gandhi, the concern around variants a year and half into the pandemic is less about infections per se, but around the ability of these variants to cause disease.

“Although there are variants that are emerging every week, some of which are highly transmissible and with the potential to cause severe disease or evade vaccines, due to the immunity built up in the population, it would be unlikely to see a massive rise in cases similar to last year,” he says. “In addition, there are many more approved tests and testing options on the market, such that in the event that an outbreak were to occur, there would probably be enough tests available to prevent a reporting backlog. Having said that, the COVID-19 pandemic has been unpredictable; but we should be better prepared.”

As a recent article in The Atlantic “The Coronavirus Is Here Forever. This Is How We Live With It”4 noted, COVID-19 will become an endemic, long-lasting, albeit less severe, disease.

And that means that testing, too, will be here to stay.

Menge notes manufacturers of diagnostic testing tools are keeping a sharp eye on the future as they observe what is happening today.

“As a manufacturer, we’re watching the evolution of COVID closely and keeping up to date with the global flu and RSV positivity rates and testing demands,” she says. “It will be interesting to see how test combinations with flu, RSV, and COVID will best serve the community.”

Palaniappan emphasizes the human side of the equation when discussing the future of COVID and flu testing.

“Every test is a life,” he says. “We take that very seriously.” 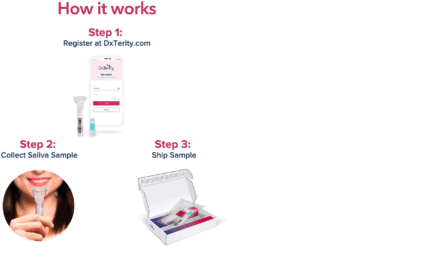 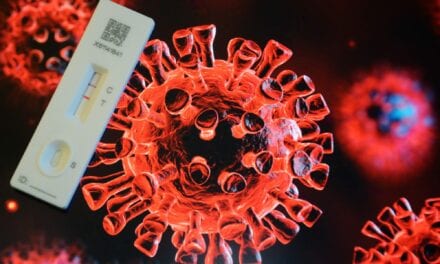 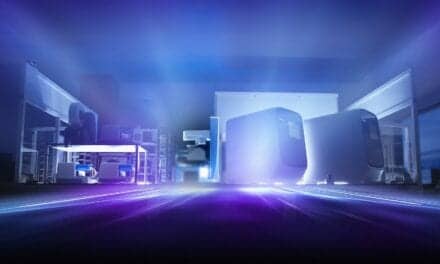 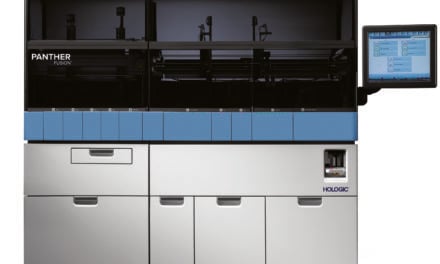