Men and women infected with HIV reduced the risk of transmitting the virus to their sexual partners by taking oral antiretroviral medicines when their immune systems were relatively healthy, according to findings from a large-scale clinical study sponsored by the National Institute of Allergy and Infectious Diseases (NIAID), part of the National Institutes of Health.

The clinical trial, known as HPTN 052, was slated to end in 2015 but the findings are being released early as the result of a scheduled interim review of the study data by an independent data and safety monitoring board (DSMB). The DSMB concluded that it was clear that use of antiretrovirals by HIV-infected individuals with relatively healthier immune systems substantially reduced transmission to their partners. The results are the first from a major randomized clinical trial to indicate that treating an HIV-infected individual can reduce the risk of sexual transmission of HIV to an uninfected partner.

“Previous data about the potential value of antiretrovirals in making HIV-infected individuals less infectious to their sexual partners came largely from observational and epidemiological studies,” said NIAID Director Anthony S. Fauci, MD. “This new finding convincingly demonstrates that treating the infected individual—and doing so sooner rather than later—can have a major impact on reducing HIV transmission.”

Led by study chair Myron Cohen, MD, director of the Institute for Global Health and Infectious Diseases at the University of North Carolina at Chapel Hill, HPTN 052 began in April 2005 and enrolled 1,763 couples, all at least 18 years of age. The vast majority of the couples (97%) were heterosexual, which precludes any definitive conclusions about effectiveness in men who have sex with men. The study was conducted at 13 sites in Botswana, Brazil, India, Kenya, Malawi, South Africa, Thailand, the US and Zimbabwe. The US site collected only limited data because of difficulties enrolling participants into the study. However, data from one serodiscordant couple at the site was included in the DSMB’s analysis. At the time of enrollment, the HIV-infected partners (890 men, 873 women) had CD4+ T-cell levels—a key measure of immune system health—between 350 and 550 cells per cubic millimeter (mm³) within 60 days of entering the study. The HIV-uninfected partners had tested negative for the virus within 14 days of entering the study.

The investigators randomly assigned the couples to either one of two study groups. In the first group, the HIV-infected partner immediately began taking a combination of three antiretroviral drugs. In the second group (the deferred group), the HIV-infected partners began antiretroviral therapy when their CD4 counts fell below 250 cells/mm³ or an AIDS-related event, such as Pneumocystis pneumonia, occurred. Throughout the study, both groups received HIV-related care that included counseling on safe sex practices, free condoms, treatment for sexually transmitted infections, regular HIV testing, and frequent evaluation and treatment for any complications related to HIV infection. Each group received the same amount of care and counseling.

The study was designed to evaluate whether antiretroviral use by the HIV-infected individual reduced HIV transmission to the uninfected partner and potentially benefited the HIV-infected individual as well. Additionally, the study was designed to evaluate the optimal time for a person infected with HIV to initiate antiretrovirals in order to reduce HIV-related sickness and death. Based on their analysis, the DSMB recommended that the deferred study arm be discontinued and that the study participants be informed of the trial’s outcome.

The 11 HIV drugs that were used in various combinations included the following: 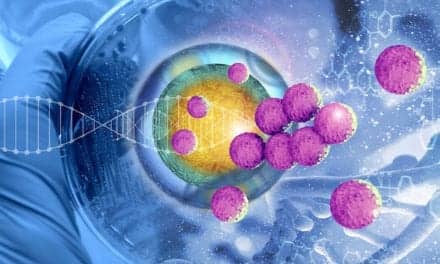