It may soon be possible to identify patients who will develop tuberculosis, as scientists have identified changes in the blood specific to the disease.

These findings are from an international study published in the August 19 issue of Nature and conducted by doctors and researchers at Nationwide Children’s Hospital using blood profiling techniques to understand infections.

Tuberculosis (TB) is caused by the bacterium Mycobacterium tuberculosis, which usually attacks the lungs and can be fatal if not treated properly. Although TB is no longer a leading cause of death in the United States, it remains an epidemic in much of the world. One third of the world’s total population is infected with the microbes that cause TB; however, most people infected with M. tuberculosis remain asymptomatic with latent TB. People with latent TB have a 10% lifetime risk of developing active TB, but current tests can not identify which individuals will develop the disease.

“Tools to diagnose infections like TB, bronchiolitis and pneumonia have been developed and are actively used to classify patients as being infected with specific pathogens, but we are still unable to predict how each person is going to react to the infection,” said one of the study’s authors Octavio Ramilo, MD, chief of Infectious Diseases at Nationwide Children’s Hospital. “It’s difficult to predict patient outcomes, and this is a real problem.”

To combat this problem, Dr Ramilo and Asuncion Mejias, MD, investigators at the Center for Vaccines and Immunity in The Research Institute at Nationwide Children’s Hospital, are using microarray technology to develop blood profiles in patients specific to infectious diseases.

“This technology allows us to see the whole picture of infection using a single blood sample, which is a really powerful tool for the clinic,” said Dr Mejias.

It’s this gene expression microarray technology that allowed an international group of investigators, of which Drs Ramilo and Mejias are part of, to provide the first complete description of the blood transcriptional signature of TB.

The study examined and compared blood drawn from patients in London, England and Cape Town, South Africa who had active TB, latent TB or who did not have TB. The team developed genome-wide transcriptional profiles for each of the patients and discovered a distinct characteristic, or “signature,” of the blood from patients with active TB. X-rays of patients with this signature were consistent with signs of active TB.

The team also found that a subset of latent TB patients had signatures similar to those in active TB patients.

“The signature of active TB, which was observed in 10 to 20 percent of latent TB patients, may identify those individuals who will develop disease, but longitudinal studies are needed to assess this,” said Dr Ramilo.

The transcriptional signature was diminished in active TB patients after two months and completely extinguished by 12 months after treatment.

“These findings suggest that the blood transcriptional signature of active TB patients could be used to monitor how well a patient’s treatment is working,” said Dr Ramilo.

Dr Mejias says that this study highlights the power that gene expression microarray technology could bring to the diagnosis and treatment of infectious diseases, as the blood transcriptional signatures are not limited to TB. Currently, the infectious disease investigators at Nationwide Children’s Hospital are developing transcriptional signatures using blood samples obtained from children with broncholitis and pneumonia and plan to correlate findings with clinical outcomes, similar to the recent TB study.

“It seems that we are developing a tool that can not only diagnose infectious diseases, but also indicate severity and eventually predict which patients are at risk for developing advanced symptoms. These capabilities are desperately needed in order to improve how patients recover from infections,” said Dr Ramilo. 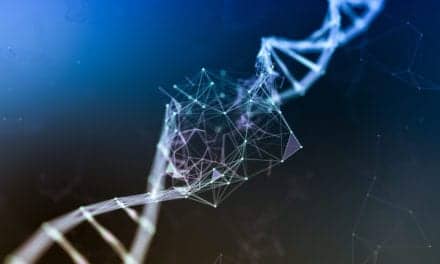 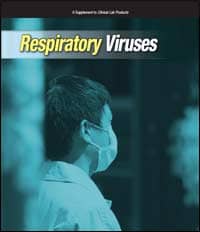 RSV May Hide in the Lungs, Lead to Asthma