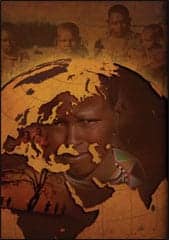 To most people in the United States, the outcry about the chronic infection tuberculosis—TB in the vernacular—is a mystery. What they might be astonished to learn is that TB, while mostly eradicated in the United States, remains one of the major causes of death from a single infectious agent worldwide. In fact, it is the second most deadly infectious disease in the world, according to the World Health Organization (WHO), primarily afflicting people in developing countries with limited resources to manage the disease. In AIDS patients in high-burdened countries, mainly in sub-Saharan Africa, TB is the leading cause of death, in part because it is particularly difficult to diagnose.

“A lot of people in the US would be shocked at the prevalence of TB,” says Krista Thompson, vice president and general manager of Global Strategies at the medical research company Becton, Dickinson and Co (BD), Franklin Lakes, NJ. “We think it has gone away, but it is a deadly infection throughout the world.”

Approximately one-third of the world’s population is infected with Mycobacterium tuberculosis (M. tuberculosis), and a total of 9 million new active cases are diagnosed per year, according to the WHO. Approximately 99% of the estimated 2 million deaths per year occur in middle- and low-income countries, a situation worsened by the HIV pandemic, since the risk of death in HIV-infected patients with TB is twice that of HIV-infected patients without TB.

Complicating the situation is the emergence of drug-resistant strains of TB, termed MDR-TB, and extensively drug-resistant tuberculosis, termed XDR-TB. While resistance develops because mutations have occurred in the genes of TB organisms, in many places around the world, resistance becomes an enormous problem because patients do not adhere to their drug regimens due to lack of adequate supervision, Thompson says.

Of the 9 million people worldwide who fall sick with TB each year, about 500,000 contract MDR-TB, according to the WHO, and do not respond to the two antibiotics most often used to treat TB—rifampin and isoniazid. These patients must switch to more potent and expensive drugs. According to the American Thoracic Society, MDR-TB represents 2.7% of new TB cases in South Korea in 2004, up from 1.6% in 1994.

Errors in prescribing antibiotics can lead to the virtually untreatable XDR-TB, which first appeared on the public health radar in 2006. WHO defines this form of TB as resistant to almost all drugs used to treat TB, including the two first-line drugs previously mentioned; the best second-line medications, fluoroquinolones; and at least one of the three injectable drugs, amikacin, kanamycin, and capreomycin. XDR-TB has been identified in all regions of the world, including the United States, and threatens the success of TB programs and HIV treatment programs worldwide.

The Centers for Disease Control and Prevention estimates that in the United States, the cost of hospitalization for one XDR-TB patient is estimated to average $483,000, approximately twice the cost for a MDR-TB patient. Because of the limited responsiveness of XDR-TB to available antibiotics, mortality rates are similar to those of TB patients in the preantibiotic era. A recent study published in the November 2008 American Journal of Respiratory and Critical Care Medicine reported that patients with XDR-TB were significantly older than MDR-TB patients, were more likely to have a history of treatment with second-line TB drugs, and were more likely to have a history of being treated for TB two or more times.

In addition, the majority of all cases of TB and 80% of the cases of MDR-TB reported in the United States occur among foreign-born individuals.

“The whole field of TB diagnostics has been neglected for years since control in industrialized countries has been so good,” Thompson says. “The TB epidemic is spurring the development of more rapid and reliable diagnostics. Rapid diagnosis is vital for effective treatment and for initiating appropriate public health measures.”

Pulmonary TB can be diagnosed by its symptoms; chest radiography; sputum smear microscopy; and cultivation of M. tuberculosis, which is still considered the gold standard. Advances in molecular biology and molecular epidemiology, and a better understanding of drug resistance in TB, have provided new tools for rapid diagnosis. However, the cost is high for most of these techniques, and they require sophisticated equipment and skilled personnel, which has precluded their implementation on a routine basis, especially in low-income nations. Other nonconventional approaches include the search for biomedical markers, detection of immunological response, and early detection.

Agencies and companies throughout the world have stepped up to use these new tools to combat this deadly disease and help developing countries. The X Prize Foundation in California is developing a prize for effective diagnosis of TB in the developing world with a grant from the Bill & Melinda Gates Foundation.

“We want to spur innovation for a point-of-care diagnostic in underdeveloped regions,” says Project Manager Wendy Chong, PhD. “We will be looking at everything, from the technical specifications, such as specificity and sensitivity, to commercialization to access. How will the company make it affordable?”

More than 60% of TB patients in underdeveloped regions have access to only primitive, peripheral health clinics with scarce resources, according to Chong.

The testing method used almost universally in the developing world, the sputum acid-fast smear microscopy, is more than 115 years old and fails to efficiently and accurately diagnose TB. According to Chong, patients must travel at great cost and time to microscopy centers to receive insensitive tests requiring trained technicians and repeated clinical visits.

The test involves taking two to three sputum samples early in the morning on different days. The acid-fast bacilli, rod-shaped bacteria, are counted under the microscope on a specially stained sample on a glass slide, called an AFB smear. If acid-fast bacilli are present on any of the smears, an infection is likely and a presumptive diagnosis of TB can be made. The test may miss up to half of cases.

Classical culture methods, still the primary method for diagnosis in developed countries, is more sensitive, but is notoriously slow, typically requiring 21 to 42 days. During this time, patients may be inappropriately treated, drug-resistant strains may continue to spread, and amplification of resistance may occur.

BD’s mycobacteria growth indicator tube (MGIT) liquid culture system, which has widely replaced solid culture in industrialized countries, provides a quicker turnaround, with results in 10 to 14 days. The technology can be used both for detection of the bacteria causing TB as well as for the determination of resistance to the TB drugs routinely used for treatment. To improve access to its technology by strengthening labs and training programs for high-burdened countries, BD has teamed up with the Foundation for Innovative New Diagnostics (FIND).

The BACTEC MGIT 960, the world’s first automated system for high-volume mycobacteria growth and detection, features a 960-tube capacity for throughput of up to 8,000 specimens per year. It provides continuous monitoring of patient samples to identify positives as they occur; safe, efficient onboard incubation with no sharps; as well as no need to transfer the tubes once the system is loaded. Using advanced fluorometric technology, it simplifies operation with bar code scanning, four-step operation, and automated quality control.

In addition, BD is collaborating with Australia-based Tyrian Diagnostics Ltd to determine the suitability of Tyrian’s proprietary TB protein markers for the development of rapid diagnostics to detect active TB.

According to Jenny Harry, CEO of Tyrian, the study with BD has identified two potential products for development using Tyrian’s lead marker, which is an essential protein always present when there is active TB. “A lead diagnostic test could be developed, using existing gene-expression technology, for example, for primary use in hospitals, clinics, and research laboratories,” Harry says. “Secondly, an antigen-based point-of-care test would address a broader market by providing an immediate result without the need for laboratory facilities.”

In June of last year, the WHO advocated a molecular test developed by the German-based company Hain Lifescience and Innogenetics. The GenoType MTBDR plus line probe assay test can determine at least 90% of MDR-TB cases within a few days, instead of the usual 2 months. The DNA-based test detects resistance to isoniazid and rifampin, and allows the lab to look at the genetic sequence of the organism and see if the more common mutations associated with the resistance are present. It can be performed on direct clinical specimens, as well as on purified DNA from a culture.

Lesotho will be the first country to get the lab equipment and training to use the new diagnostics under an international program supported by WHO partners FIND and UNITAID. Other countries due to receive support to use the new test in the next 4 years include Azerbaijan, Bangladesh, Ethiopia, Indonesia, Ukraine, and Vietnam. The WHO maintains that this effort should help increase the proportion of patients with MDR-TB who are diagnosed and treated appropriately to 15%, a big leap from the current rate of only 2%. The drawbacks to the test are that it is ineffective for patients who cannot produce sputum and does not detect XDR-TB.

Testing in the United States is also conducted for latent TB, when the individual carries the bacteria that causes TB but shows no symptoms. National reference lab ARUP Laboratories, Salt Lake City, processes QuantiFERON-TB Gold In-Tube (QFT), an in vitro lab test from the Australia-based company Cellestis Ltd for detection of immune responses to TB infection in whole blood. A contemporary replacement for the tuberculin skin test (TST), QFT uses human whole blood, with patented assay technology based on the measurement of Interferon-gamma secreted from stimulated T-cells previously exposed to M. tuberculosis. A straightforward laboratory test, it involves collection of blood into blood-collection tubes coated with three TB antigenic proteins and overnight incubation at 37°C during which the TB-infected patients’ blood cells will produce Interferon-gamma. Detection of released Interferon-gamma in harvested plasma is accomplished by a quick and easy ELISA.

The specificity has consistently been greater than 99% in low-risk individuals, and sensitivity is as high as 92% in individuals with active disease. The blood samples must be processed within 12 hours of being drawn, which could be a disadvantage in developing countries.

Advantages of the test include a single patient visit to draw a blood sample and availability of results within 24 hours. In addition, it is not subject to reader bias as is the TST; it does not boost responses measured by subsequent tests, which can happen with TSTs; and it is not affected by prior bacille Calmette-Guérin (BCG) vaccination.

Another blood test for latent TB, as well as active TB, is manufactured by Oxford Immunotec, a global T-cell diagnostic company based in the United Kingdom. The T-SPOT.TB, approved for use in the United States in July 2008, is an in vitro diagnostic test for the detection of effector T cells that have been sensitized to M. tuberculosis. According to Noelle Sneider, director of marketing in North America, T-Spot is the only technique to directly enumerate T cells that is suitable for routine diagnostic use, and is the first diagnostic application of T-Spot technology in which Interferon gamma is captured and presented as spots from T cells sensitized to M. tuberculosis.

It addresses all the unique testing requirements of high-risk groups, such as immuno-suppressed patients, health care workers, and military personnel, and is highly sensitive, 95.6%, and specific, 97%. Its test results are not affected by the BCG vaccination and most common nontuberculosis mycobacteria and suppressions. A single blood test, it requires only one patient visit, and results are available the next day.

According to Ledeboer, also an assistant professor at the Medical College of Wisconsin, in the pipeline for detection of TB are real-time polymerase chain reaction (PCRs).

“Real-time PCRS will directly detect TB in respiratory specimens and detect the genetic determinants of antimicrobial resistance within 3 hours of receipt into the lab,” Ledeboer says. “While these technologies are very promising, their clinical sensitivity and specificity have not yet been published.” 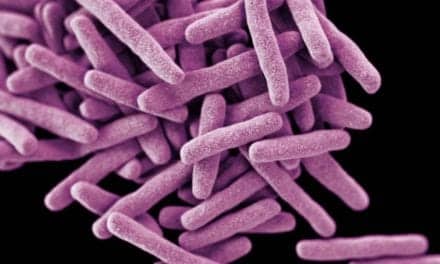 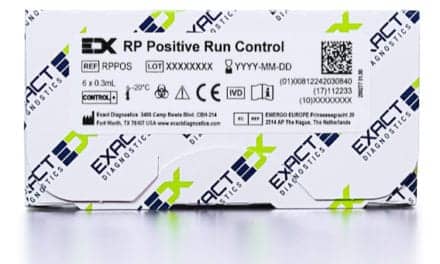