It isn’t not often that you hear about “absolutely flawless” technology. Even the most helpful automated products have glitches now and then. But Sam Terese, BA, BS, MBA, director of laboratory services at Elmhurst Memorial Healthcare (EMH), a 427-bed licensed facility in suburban Chicago, says that since the automated system they installed there in 2002 has been up and running, there have been “no problems whatsoever.”

“It’s been the most stable technology that we’ve ever had in the laboratory,” he says. “And it seems like a lot of equipment—so you would think the staff would be nervous. But the reality is they are so comfortable with it now, they can take care of anything with it.”

The medical center, which annually handles approximately 45,000 emergency-department (ED) visits, does nearly 2 million billable tests per year. And in addition to serving regular inpatients and outpatients, EMH serves as a reference laboratory for about 300 additional clients in 16 states. Automation, Terese says, has improved not only lab turnaround time, but has increased physician and lab staff satisfaction.

“We have virtually no vacancy rate,” he says. “I think people now want to come to our lab. They know that this is a place they can work, and that they will have the tools to do their job effectively.”

A Manual Challenge
It was a much different story at the EMH lab in early 2002. Terese, who has worked there for 10 years, says as the lab’s workload continued to grow, “we found ourselves in a situation where we were adding more and more tests, and we probably weren’t giving our people the tools they needed to accomplish that additional volume.”

Terese says the lab’s systems were fine when EMH handled 1 million tests, but they just could not stand up to such an increase in workload. “What we found was that we were trying to overcome this by continually throwing more and more people at the problem, and we were still not getting where we needed to go,” he says. “As a result, all we ended up with was a frustrated staff, and we started to see more turnover and rising costs.”

The lab’s administrators began to look at front-end automation systems, but they realized that kind of solution was not enough to meet their needs. They also realized that if they were going to automate the lab, they had to look very closely at their own processes—the actual steps they took in all lab testing—to understand exactly where automation could fit in. Once Terese and his team had analyzed these steps and could “fully understand what we wanted to do,” he says, they decided to select a vendor that could not only provide the products necessary for an automated lab, but who could also help them through the installation.

Terese says they looked at a variety of vendors in the marketplace—some of whom no longer exist—but that there were only a few total automation vendors from which to choose. “We looked at all the companies, and while each one offered a benefit, it really got down to what we wanted to accomplish in our processes,” he says. “We had to look at where our people were spending the most time, where there were risks of either an exposure to our employees or for medical errors, such as in the manual relabeling of aliquots. Then, we wanted to look at the sheer number of steps to find a solution that eliminates them—because each step takes time and money, or generates risk.”

EMH settled on Fullerton, Calif-based Beckman Coulter Inc. Terese says that automation took them from a 24-step process that was consuming 53 minutes, down to a four-step, 10-minute process. “It’s a significant time change,” he explains, but adds that the clear message they can glean now is that it doesn’t work to just look at automation in terms of the money it could potentially save. “The approach really should be how we can improve quality and enable our workforce to get the job done,” he says.

Putting the Solution Into Action
For EMH, the implementation of the automation system required not just installation time for the equipment, but also a large construction project that “gutted” the laboratory. “We’re not just talking about painting the walls,” Terese says. “We literally took a space that was carved up into four or five rooms, and ripped out all of those physical wall barriers.”

At the same time, the lab decided to update all of its chemistry testing equipment. “So we had all of these different components of the project going on, and then we also had to relocate people all over the laboratory, which was not a fun thing,” he says. “So we had to make a commitment [to our employees] that this wasn’t going to take that long.” For EMH, the installation process began in March 2002, and the system was up and running by November of that year.

“My recommendation is that you need project planning, time lines, and regular project meetings,” Terese advises. “You need to work with a strong vendor and construction team, and you need a structured project plan and good management.”

From Beckman Coulter, EMH purchased a power processor sample-processing system, which includes centrifugation, a decapper, an aliquotter, and a hematology outlet. EMH bought two clinical systems, an immunoassay system, data-management software, and a track system to connect the power processor to the clinical and immunoassay analyzers.

With the new system, the sample arrives at the laboratory with a bar code. A receiving person walks the tube to the power processor at the front end, and “from that point on, it is handled no more,” Terese says. From the power processor, samples are verified and sorted; they go to the centrifuge, and they are spun and then decapped. The samples are then taken to the specific analyzers necessary for the required testing, and the information from that analysis goes to the middleware software, where customized autoverification rules are applied according to algorithms the lab has specified. Then, the sample is delivered to where it needs to go within the hospital. If an additional test needs to be applied, the sample can be retrieved and the automation process can be immediately reapplied.

Terese says that if you think about how many manual steps this same process would take by a technologist, it is “obviously a huge savings in time and pure consistency. It saves an incredible amount of time, and it doesn’t eliminate or change the things that are critical for a technologist. Instead, it really allows them to focus their efforts on doing tasks they’re better trained to do,” he says. “So it’s really a wonderful tool.”

Automated Outcomes
Though a lot of the results of automating the lab are hard to pin down in numbers, several measures of success can be applied.

Key among all of these statistics, Terese says, is how reliable the lab has become. “What’s more important is that you accomplish this consistency on an everyday basis, and that becomes what you are known for in terms of service,” he explains. This regularity in meeting targets is obviously noticed by physicians – their approval rating of the lab increased from 72.7% to 82.3% postautomation. In fact, 80% of the physicians polled at the hospital reported that the lab’s services were in the “excellent” category. Terese says this is crucial to note when you understand how valuable physicians believe a hospital’s laboratories are to their overall perception of the facility. “The lab is considered a very important part of whether your hospital delivers on quality,” he says.

Of course, the lab does need to demonstrate its financial successes through automation. One source of cost savings came from the number of full-time employees, which went from 175 to 152 postautomation. From these staffing savings, Terese says they were able to save about $700,000 in the first year. Furthermore, by using more effective equipment, they saved closed to $1 million. In all, considering various inflationary measures, Terese believes the laboratory has saved more than $2.5 million.

Error reduction is harder to quantify, Terese says. But the lab can say that preautomation, the number of corrected reports—a prime indicator of lab-based errors—was around .13%, and it is now decreased to .05%. This means that all kinds of errors, such as the mislabeling of an aliquot tube, improper data entry, and incorrect validation of a result, have clearly been reduced.

“You have to remember that humans aren’t perfect, but automation often can be. Automation doesn’t get sleepy. It doesn’t have a bad day, it doesn’t take a break, or go to lunch,” he says. “It just does the same thing over and over and does it correctly.”

A perhaps more visible result of automation is a much more satisfied lab staff, something Terese says “can’t really be measured in economic terms.” The turnover rate is very low, and he adds that this is important in EMH’s large metropolitan setting, where technologists have a variety of potential employers from which to choose.”

Future Plans
EMH’s future plans include looking into automation possibilities in chemistry and hematology areas, such as transfusion services, microbiology, and histology. The processes there are “extremely manual,” Terese says, and there may be ways in which automation can make them more efficient. The lab is also hoping to find ways to actually measure the improvements in care that have come as a result of automation.

For others considering implanting automation, Terese says one important piece of the process is to think of your vendor as an actual partner—not just the company from which you buy equipment. “You really need a company that understands what your goals are,” he says. “They’re there to support you and help get you there. Without that kind of partnership, I can tell you there’s no project that’s going to go well.”

Terese says he cannot describe the automation process as easy. However, he says, with careful planning and strong communication with everyone involved, you can meet your commitments and make it easier on the lab’s staff.

“Change is never easy,” he says. “I’ve always said that in periods of change, you should follow the three C’s: communicate, communicate, and communicate. And then, when you’re done, communicate some more. Use planning tools; set deadlines, timelines, and milestones; and constantly monitor whether you’ve met them.”

His final message to anyone considering automation is to think of it as much more than a cost-savings tool. “The reality is that in order to get it through hospital administration, you do have to talk about lowering the cost of care,” he says. “But from a laboratory perspective, it’s not just about money—it really is about improving quality. That’s the real bottom line.”

Sarah Schmelling is a contributing writer for Clinical Lab Products. 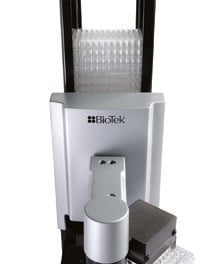 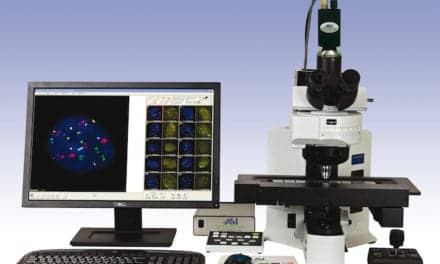 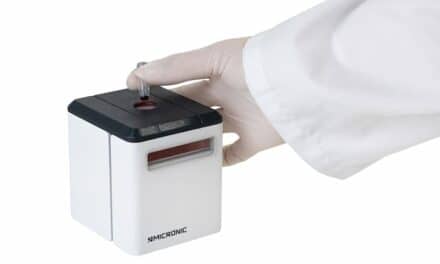