Lean Thinking in the Medical Laboratory 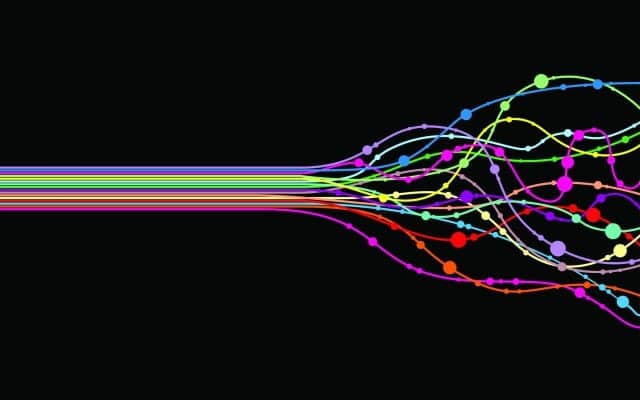 Lean manufacturing is a management philosophy derived mostly from the Toyota production system, an integrated sociotechnical system that encompasses both a management philosophy and specific practices. A major factor in making and keeping Toyota a top-tier auto manufacturer, the “Toyota Way” focuses on designing out inconsistency and overburdening steps, and eliminating waste.

Although these principles of Lean production and industrialization originated and were developed with manufacturing in mind, they can also be applied to service functions, with one big difference: in service-oriented firms, the costs to be tackled stem from labor, overhead, and low customer satisfaction—not physical inventory. By rethinking and streamlining their service processes, most companies can make significant cuts in expenses and, at the same time, improve the satisfaction of internal and external customers.

Many success stories involving the application of Lean methodologies in healthcare have been reported. Among laboratorians, the adoption of Lean principles in clinical laboratory medicine and pathology is of particular interest.

As a starting point for improving laboratory processes, says DeSalvo, it is important to develop a process map that includes every step of the processes being evaluated. In turn, each step must be examined in relation to a single, critical question: Does it add value to the product?

The goals of the Lean process are zero breakdowns, delays, defects, inventory, accidents, and paper. Meeting these five goals is essential for eliminating waste in any process. The next set of tools in Lean is known as the five S’s:

These five precepts are the tools that the Lean philosophy employs to eliminate the seven forms of waste found in most organizations (see Sidebar 1). Waste in any form incurs some kind of cost. Lean processes are therefore devoted to eliminating waste in all its forms.

To streamline production processes, eliminating waste is a central focus of the Lean philosophy. Most organizations suffer from one or more of the following forms of waste.
Overproduction. The most serious form of waste because it discourages the smooth flow of material and inhibits productivity and quality, thereby creating more defects.
Waiting. Wastes time and money.
Transport. Inefficient movement of supplies, samples, etc.
Inappropriate processing. Use of complex processes rather than simple ones. Overcomplexity encourages overproduction in an effort to recover the investment in overcomplex machines.
Unnecessary inventory. Increases lead times and costs.
Unnecessary motion. Relates to poor ergonomics that cause operators to have to stretch and strain. This makes them tired.
Defects. Physical waste. Regarded as an opportunity to improve. Defects are caused by poor processes.
Waste in any form incurs some kind of cost. Lean processes are therefore devoted to eliminating waste in all its forms.[/reference]

An example of the impact that Lean principles can have is seen in the efforts to implement them at DeSalvo’s firm, Sonora Quest Laboratories. Sonora Quest is a large integrated laboratory system created as a joint venture between Banner Health and Quest Diagnostics, with a contracted partnership with Pathology Specialists of Arizona.

Sonora Quest had a number of challenges.1 There were a number of staffing issues, including a shortage of trained histotechnicians and histotechnologists. The staff had diverse experience and skill sets, and finding time for training had proven difficult.

In addition, laboratory staff were performing a high volume of non-value-added work. The pathologists demanded large batch workloads, and there was a wide variation in expectations and tolerances for slide preparation. Performance issues included quality at the technical benches as well as case turnaround time greater than 5 days.

In addition, there was a reluctance to adjust work schedules to match the workflow and workload. The workflow had multiple bottlenecks in part due to inadequate automation.

To resolve these issues, Sonora Quest decided to implement a Lean approach to improving its processes. Following Lean concepts, tasks were standardized in order to reduce variation, defects, and waste. Staffing was improved by hiring individuals with AA or BS degrees. Task-specific competency evaluations were developed, and all staff were cross-trained for all technical tasks. Other process changes included reducing batch sizes. Adding automation led to continuous workflow and reduced manual steps.

Implementing a Lean approach enabled Sonora Quest to improve its performance according to a wide range of quality measures:

In addition, the lab also improved its defect and error rate for technical tasks—any detected procedural, technical, or mislabeling defect or mistake—as well as for all critical tasks performed in the histology lab—including accessioning, grossing, embedding, microtomy staining, and distribution. Before implementing Lean principles, the lab’s combined defects score was <3. After implementing Lean, the lab’s score improved to >4.4, based on roughly 1,900 defects per million opportunities.

DeSalvo emphasized that communication, training, and compliance with standardized processes were critical for the success of this effort.

FORD, ON A JOURNEY 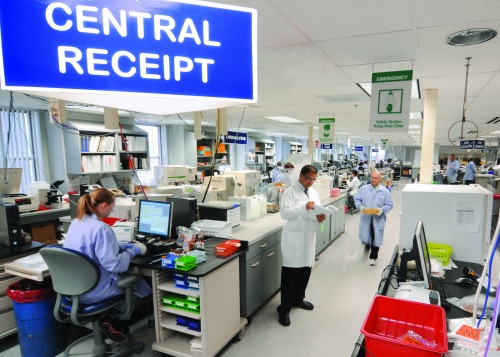 At the Henry Ford Health System, Detroit, the journey toward implementing the Lean philosophy began when Richard Zarbo, MD, DMD, chair of pathology and senior vice-chair for the Ford system’s laboratories, began to ponder how the managed care atmosphere of the 1990s focused on cutting costs rather than on improving quality. “I knew a culture change was needed,” he says, “because we had an angry culture in which people were blaming each other instead of solving problems.”

Walking through the lab, Zarbo recalls, he would observe skilled technologists using state-of-the-art equipment. But he would also have to navigate around carts and containers piled high with blood and tissue samples waiting to be analyzed. It disturbed him to acknowledge that these samples came from patients wanting to know their fate, as ordered by doctors wanting to know how to treat their patients.

In search of an alternative, Zarbo began reading everything he could find on the Lean approach, and also attended a 5-day course sponsored by the Pittsburgh Regional Health Initiative (PRHI) to learn how to apply the Toyota principles to healthcare.2,3 At the time, there was no model for implementing Lean principles in laboratories. First, it would be necessary to develop a recognition of the laboratory environment as a production system with parallels to a manufacturing environment. Zarbo has published an account of this journey to culture change for the Ford system laboratories, which he began by taking four of his leaders to the same PRHI course he had attended, in order to get their support.4

Zarbo’s first goal toward implementing a Lean approach was to report all pathology specimens within 2 days and simple biopsies within 1 day. Specimen intake steps were reduced by 60%, but while this reduced turnaround time, it did not meet the desired goal.

The problem centered on the fact that the surgical pathology laboratory operated on a single shift that ended at 5 pm. Specimens received after that time were stored and dealt with the following day at 5 am. This practice created a huge bottleneck for the morning processors. Zarbo suggested a second shift—a change that was readily embraced by the technologists. Today, the lab is staffed on three shifts, and the 5 am bottleneck no longer exists. This change enabled staff to work on eliminating all processes that did not add value to the work.

Once the Ford system’s surgical pathology lab took its first steps, the new Lean culture drove rapid process improvements. Before implementing the Lean approach, 28% of the lab’s tissue specimens had a defect that caused a worker to reject the specimen or waste time correcting it. After the third year, the rate of case defects dropped to 1 in 40—a 91% reduction in waste from the baseline. Overall, the lab was able to reduce the number of process steps from 34 to 24.

In another project at the Ford system, Zarbo directed efforts to reduce testing turnaround times in the molecular pathology lab by redesigning its preanalytical processes according to Lean principles.5 The outcome was a reduction in turnaround time for tissue specimens from an average of 2.7 days to 1.5 days.

In 2007, Zarbo’s team applied Lean principles to the central core laboratory, with the goal of ensuring that all specimens received by 5 pm were processed to a final result by midnight. At the start of the project, all of the 5 pm specimens were being reported by 6 am. the following morning. One year later, 98% of all testing specimens received by 5 pm were being resulted by midnight. Correspondingly, the percentage of tests reported by 10 pm rose from 54% to 94%, and the percentage reported by 8 pm increased from 40% to 78%.

Zarbo emphasizes that the implementation of Lean principles wasn’t accomplished only for the central lab at the system’s Detroit campus, but for every laboratory in the system. At the Henry Ford Hospital–Fairlane laboratory in Dearborn, Mich, for instance, Lean principles were used to redesign the process for picking up specimens, the specimen reception area, specimen processing, and courier routes. The changes resulted in significant improvements in turnaround time for both CBC and chemistry tests. Before the redesign, CBC turnaround time was 10 hours (range 8 to 14); Lean processing reduced this to 6 to 7 hours. Similarly, before the redesign, chemistry turnaround time was 10 hours (range 6 to 14), and was reduced to 5 to 6 hours. All together, these process redesigns dramatically increased the number of test results available to providers on the same day that the specimens were collected from the patients.

Most recently, the Ford system team has reported the results of its efforts to apply Lean principles to the microbiology laboratory, as conveyed in a workshop convened by Robert J. Tibbetts, PhD, associate director of clinical microbiology, at the 2014 meeting of the American Society for Microbiology.6 Among the pressures driving labs to streamline their processes, Tibbets cited demands for faster turnaround times, pressure to reduce patient length of stay, and required reporting of healthcare-associated infections—all of which tend to increase the workload of technical staff. More specific to the Ford system labs, Tibbetts noted, operating budgets were being reduced and there was pressure to expand in-house test menus.

In implementing Lean principles in the microbiology lab, the Ford team used load leveling and batch-size reduction, and smoothed the daily setup times for cultures so that even those received late in the day were set up before the next morning shift. The result was a reduction of turnaround time by 5 to 8 hours.

Lean tools were also used to reduce the turnaround time for herpes simplex virus (HSV) culture tests. The team used a rapid culture method to standardize the work and reduce waste in the form of setup time and unnecessary motion. Results included an 80% decrease in tech time, a 53% reduction in costs, and a 57% reduction in turnaround time. The team also applied Lean practices to streamline the workup of gram-positive bacilli (GPB). By standardizing the workflow and applying five S concepts, the team was able to eliminate unneeded media inoculation with GPB, thereby reducing waste in the form of extra work and identification costs. The result was a 99.7% reduction in GPB workups.

According to Zarbo, Lean culture has now been fully integrated into the laboratories at the Henry Ford Health System. Quality measures used in the Ford system labs include turnaround time, defects, and finances, as well as the satisfaction levels of patients, physicians, and employees.

The last element is especially important, says Zarbo, as one of his personal goals is to find ways to retain workers. In this regard, a key benefit of the culture shift in the Ford system has been a reduced need for new staff: even though the laboratory workload increased by 31% from 2010 to 2013, staffing only needed to increase by 9%.

Ironically, the Henry Ford Health System initially displayed little interest in following Zarbo’s lead to implement Lean principles. But that view may now be changing. With new leadership observing the dramatic improvements that Lean principles have made in the laboratory system, there is growing understanding of the importance of culture change for creating a successful structure of worker-empowered continuous improvement.

For more information, see the sidebars, “More Lean” and “Leaning the Toyota Way.” 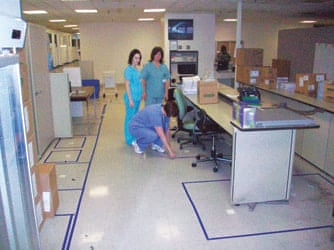