Allergies Are Nothing to Sneeze At 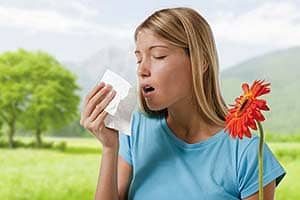 Combined, seasonal, food, and drug allergies exact a large cost, but new tools on the market assist with accurate diagnoses.

Eggs, dogs, pollen … strange bedfellows, but with a common thread: They are all allergens. According to the Asthma and Allergy Foundation of America (AAFA), one out of every five Americans—or 50 million people—has allergies. Allergy is the fifth leading cause of chronic disease in the United States and the third most common chronic condition among children under 18.

Culprits range from seasonal allergens, such as grass, weeds, and tree pollen; to foods, such as peanuts and strawberries; and animals, particularly dogs and cats. Each year, allergies account for more than 17 million outpatient office visits, particularly when seasonal allergies kick in during spring and fall. Food allergies account for 30,000 visits to emergency departments annually, and the chronic respiratory disease, allergic rhinitis, is a risk factor for asthma—a serious disease that can lead to death.

Up to 90% of all pediatric asthma patients have allergies, and up to 60% of adult asthma patient have allergies that trigger their asthma attacks. Reducing exposure to these allergens is a key recommendation of the National Asthma Education and Prevention Program, funded by the National Institutes of Health, and is an important step in the effective management of allergic asthma.

The cost of this insidious condition is nothing to sneeze at as well. The AAFA estimates that allergies cost nearly $7 billion per year in health care expenses and are a major cause of work absenteeism. The foundation puts the total of missed or lost work days each year at nearly 4 million, resulting in a total cost of more than $700 million in total lost productivity.

Diagnosing allergies has long been challenging for clinicians, since many of the symptoms—scratchy throat, sneezing, coughing, itchy eyes—may be the result of myriad conditions. According to David Esposito, president and general manager of Phadia US Inc, Portage, Mich, lab tests play an integral role in diagnosing allergies.

“It is difficult to diagnose allergic triggers without a lab test,” Esposito says. “Labs play an essential role. Just having a patient history may not provide all the answers needed to determine if the patient has allergies.”

A variety of diagnostic tools to identify allergens are available in the United States. Skin testing is often performed by applying an extract of an allergen to the skin, scratching or pricking the skin to allow exposure, and then evaluating the skin’s reaction. It may also be done by injecting the allergen under the skin or by applying it to a patch that is worn on the skin for a specified period of time.

Serum-based allergy testing measures IgE reactivity to specific allergens in serum from a simple blood draw. The test, often used as a replacement or supplement to skin testing, provides the quantitative level of sensitivity to each allergen tested. Specific IgE is produced as a result of sensitization to a specific allergen and increases with exposure to that substance.

According to Skip Thune, general manager at HYCOR Biomedical Inc, Garden Grove, Calif, specific IgE testing may be employed when skin conditions preclude testing, when current medications would interfere with skin test results, for pediatric patients, for ingested allergens that are difficult to detect by skin testing, for confirmation of skin testing results, and/or when the patient or physician is more comfortable with serum-based testing.

“The use of a quantitative technique provides clinicians a clear measurement of patient reactivity to each allergen tested,” Thune says. “Today’s in vitro IgE tests have excellent sensitivity for detection of low-level reactivity and are highly specific for IgE mediated allergy, avoiding the non-IgE created reactions that may occur in skin testing.”

In addition, skin tests may require the patient to spend a few hours with needlesticks in his or her back for each allergen being tested, and may provide activity that is not IgE-driven. Challenges also arise because physicians in the United States are more likely to have trained in the skin test method, and IgE testing is often not reimbursed, while skin testing is.

Last year, HYCOR, which has been providing diagnostics for allergens for 25 years, introduced its HYCOR Ultrasensitive EIA System. The new system combines the precision and accuracy of fully automated robotic reagent dispensing with a newly formulated high-sensitivity assay design, and has been in major reference labs for more than a year.

Designed for moderate to higher-volume testing labs, the system achieves a lower positive cutoff point and broad dynamic range to provide patients with a sensitive and accurate allergy test. Low-level quantification is particularly important in identifying patients at risk of developing allergies and asthma. More than 1,500 allergy tests may be performed in one run.

“We have used our years of expertise to develop testing systems that offer laboratories accurate and reliable IgE testing results while helping to reduce their testing cost,” Thune says. “And our highly experienced technical support team provides full-service support for our customers.”

The company also maintains a Web site, www.whatisallergy.com, that offers noncommercial information about allergy diagnosis and treatment options for both medical professionals and patients.

The recently formed company ViraCor-IBT Laboratories, Lee’s Summit, Mo, and Lenexa, Kan, which specializes in allergy testing services, as well as immunology and cellular testing services, offers the most complete grouping of validated allergy tests available from a single provider. The company develops custom-designed allergen-specific IgE and allergy-related immunology tests throughout the world.

“IgE testing offers the clinician the ability to measure as many allergens as needed with less inconvenience to the patient,” says Michelle Altrich, clinical laboratory director. “With a skin test, each allergen requires a different needle.”

According to Altrich, ViraCor-IBT leads the way in functional assays for drug allergy testing to evaluate immediate and delayed allergic reactions to drug therapies. The T cell Rx delayed drug hypersensitivity testing detects drug-specific T cells by evaluating CD69 upregulation following in vitro stimulation with the suspected drug. The CD69 upregulation is measured by flow cytometry, a technology that measures and analyzes cells as they flow in a fluid through a beam of light.

“Diagnosis of hypersensitivity reactions to drugs is a major challenge in clinical practice,” Altrich says. “Skin tests often do not produce positive results even in patients with a well-documented history of allergic-type adverse drug reactions.”

Many drug-hypersensitivity reactions are mediated by drug-specific T cells that can be detected by in vitro T cell assays, which include activation, cytokine production, and proliferation. The T cell RX assay requires a well-mixed blood sample that is shipped by priority overnight. After overnight incubation, the lab looks to see if the T cells are activated. Because of the complexity of the test, it is usually offered in reference labs rather than in routine labs. Drugs that can be tested include ampicillin, amoxicillin, vancomycin, and sulfapyridine.

“We have been able to take published methods used in research and make them robust enough for clinical labs,” Altrich says. “The biggest challenge is that the patient’s blood has to be tested within 30 to 24 hours of being drawn because the blood cells start to die.”

Testing in the Physician’s Office

Allergy testing has been brought into the physician’s office with the first and only rapid point-of-care allergy test. In January, the FDA approved Phadia’s ImmunoCAP® Rapid Reader II, a part of the ImmunoCAP Rapid System used in Europe for 3 years, for clinical use in the United States.

The test can be used in labs that meet CLIA standards for moderately complex testing. Requiring a simple capillary blood draw taken from the fingertip, the test provides results to the physician in 20 minutes. The single-use, disposable device provides a first look at the IgE profile for patients based on 10 common inhalant allergens in the United States, including dust mites, weeds, dog, cat, and mold.

With this information, clinicians can differentiate between atopic and nonatopic etiologies contributing to their patient’s symptoms, counsel their patients for allergic trigger avoidance, develop targeted exposure-reduction action plans specifically tailored to each patient’s allergic sensitization profile, and prescribe the right medications.

“The development of ImmunoCAP Rapid represents the continued evolution of Phadia’s leadership in in vitro allergy testing,” Esposito says. “With quick results available while the patient is still in the office, doctors will be able to help their patients better understand their allergic triggers, which are common in respiratory diseases such as asthma and rhinitis.”

The rapid results allow the physician to quickly make evidence-based decisions and discuss appropriate treatments, including targeted exposure reduction, while the patient is still in the office.

The original ImmunoCAP Specific IgE blood test technology, considered the gold standard for in vitro testing, according to Esposito, measures IgE antibodies to indoor, outdoor, and food allergens in a small sample of blood. The assays were the first to be FDA-cleared for the quantitative measurement of specific IgE.

The most significant feature of ImmunoCAP technology is the extremely high binding capacity of the cellulose polymer sponge. This capacity, along with extensive quality control measures, excellent allergen and reagent source materials, and calibration to the World Health Organization reference preparations, results in both high sensitivity and high specificity for assays based on this technology.

In addition, the structural design of ImmunoCAP allows for automation and thorough elimination of unbound nonspecific material in the reaction complex, resulting in highly reproducible, accurate, and quantitative results.

In the vanguard of allergy testing is component testing, which tests allergy to specific components of allergens. Recent progress in molecular biology and biochemistry has led to recombinant production of individual allergenic proteins for several allergens, such as peanut.

Phadia’s Component Resolved Diagnostics test utilizes this technology and is widely used in Europe. Plans are under way to start the FDA approval process later in the year.

To stay current on allergy diagnostics, bookmark this website.

“There may be good and bad protein components, along the lines of good and bad cholesterol,” Esposito says. “This may mean that kids who test positive for peanut allergy using a skin prick and blood tests are often able to tolerate peanut in their diets.”

The science is still emerging for this technology, which raises the challenge of purifying the source of the allergen—an expensive and technically challenging process.

So when April showers bring May flowers—and sneezing fits and coughing—sufferers do have some new options to explore to get the right diagnosis and treatment so they can enjoy the season. 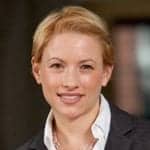 Primer for Lab Managers on Meaningful Use Stage 2 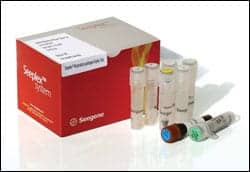