As laboratories continue to seek avenues to increase productivity and reduce labor costs, total laboratory automation (TLA) offers an attractive solution. While it’s true that TLA raises issues of cost and facility constraints can limit its practicality, it is still a viable alternative for many large-volume laboratories. As the University of Chicago Hospitals and Health System (UCHHS) can attest, new alternatives can enable laboratories to realize the benefits of TLA without some of the limitations.

Accommodating growth
Over the last decade, laboratory services at the UCHHS have expanded dramatically. In the late 1980s, Hospital Laboratories, which serviced the adult, children and women’s hospitals at a 643-bed medical center complex on the university’s main campus, started a small outreach/reference laboratory program called UC MedLabs. By the mid-1990s, fueled by managed care and the emergence of an integrated healthcare delivery network, these operations were organized under the Regional Laboratory Services umbrella, the corporate laboratory for the entire UCHHS clinical enterprise. Today, Regional Laboratory Services has expanded to provide all diagnostic laboratory and pathology services for all UCHHS facilities, other affiliated and non-affiliated hospitals and clinics and physician practices throughout Northern Illinois and Northwest Indiana.

Prior to this expansion, the laboratory processed approximately 2,500 patient specimens a day and more than 1.8 million billable tests annually. To sustain future growth, automation was explored and a technology assessment team was formed to evaluate options. After thorough evaluation, it was determined that TLA offered the best solution for meeting future goals.

At that time, TLA was in the early stages of development, and the Roche/Hitachi Clinical Laboratory Automation System (CLAS) was just coming on the market. After choosing the CLAS TLA solution, the UCHHS team began developing an implementation plan.

Back to the drawing board
Very quickly the UCHHS team discovered that the robotics and sample conveyor system required by TLA imposed space constraints and extensive renovations. Introducing the concept of integrating subspecialty disciplines to lab section directors, faculty and managers required a shift in how all viewed their responsibilities. Despite these concerns, a detailed plan was prepared, and the TLA project was approved by the institution’s capital planning committee. However, funding for the project was held up. Delays in resolving municipal building code problems prevented the issuance of permits for a major construction project directly beneath patient care areas.

The silver lining
Even though the CLAS installation was temporarily abandoned, the review process paved the way for creating a core automated laboratory on the main UCHHS campus. A high level of interest in and commitment to automation remained, particularly in the labor-intensive, front-end processing area. In 1997, when Roche/Hitachi Modular Systems were introduced, the team realized that Modular Systems might offer capabilities similar to CLAS without the space constraints or building renovations. They immediately explored that option and found that Modular Systems required one-third the space and cost of CLAS. Its modularity allowed them to phase in subspecialties at a later date.

Putting it all on the line
Installation of the Roche/Hitachi Modular Analytics began in the summer of 1998 and continued into early 1999 with the addition of Modular Pre-Analytics. During that time, UCHHS participated in two multi-center clinical trials of Modular Systems. By late fall 1999, with the integration of automation targeted to specific pre-analytical steps (centrifuging, aliquoting, labeling and sorting), direct connection to Modular Analytics was complete, and the integrated system entered routine clinical service. Modular Systems essentially handles all of the laboratory’s serum- and plasma-based sample processing.

Since Modular Systems went online, the UCHHS laboratory has increased its workload to more than 4,000 specimens each day and more than 2.7 million billable tests annually. Current Modular Systems tests consist primarily of routine and stat chemistries, therapeutic drugs, drugs of abuse and proteins. Immunodiagnostics will be added when the E170 Elecsys module becomes available. Currently the laboratory is adding the Roche PSD 1 Task Targeted Automation (TTA) System. The PSD 1 is a decapper/sorter/archiver module that optimizes laboratory resources in the post-analytical phase. PSD 1 sorts tubes into work areas and automates specimen archiving and retrieval to enhance client services (add-on and reflex testing) and support a growing reference lab business.

A pioneering effort
UCHHS was the first clinical laboratory in the world to install an integrated system including Modular Analytics and Pre-Analytics, and it is now one of the most successfully automated hospital-based laboratories in the country. When you add up the 500-member medical staff and 500 residents at three main-campus hospitals, the more than 110 physician offices and two affiliated (200- and 60-bed) hospitals that the system serves, the sum is nearly 2,500 physicians in the greater Chicago metropolitan area. Currently about 30 percent of the annual 2.7 million billable tests originate from off-campus locations and physicians. This off-campus volume is expected to grow as more hospitals and clinics are consolidated under the Regional Laboratory Services administration or join the UC MedLabs outreach/reference laboratory program.

• Plug-and-play vs. TLA. An automation platform can adapt to changing sample capacity. Compared to TLA, Modular Systems is more flexible. With Modular Systems, the modules function right out of the box. The sample track is built into each module, and installation is simple. Modular Systems is scalable. Additional modules can be plugged in and ready to go without extensive reconfiguration of the hardware or the software, allowing users to target their automation system to specific processes.

• Increased productivity. Overall, Modular Systems allowed the lab to increase its workload (30 percent increase in chemistry procedures within the last 18 months) without adding staff. In fact, the lab reduced staffing by four FTEs and avoided hiring another three FTEs to handle the workload. This saved seven FTEs. The direct link of the pre-analytical system to the consolidated workstations on the analytical system has netted a significant productivity increase at UCHHS.

• Built-in reliability. The Modular Systems platform is based on the same technology as Roche/Hitachi CLAS, so its reliability and performance benchmarks are comparable.

• Increased efficiency and capacity. With a single operator interface supporting multiple analyzers and automation, the efficiency gains made possible by Modular Systems are significant. In effect, consolidating with Modular Systems is like replacing three (or more) workstations with one, with even greater efficiency anticipated once immunodiagnostics is online.

• An answer to the recruitment problem. Modular Systems makes it possible for the laboratory to keep pace with growing workloads without adding staff. Yet the staff regards Modular Systems as the help they need to get the work done. This is important today when it is increasingly difficult to recruit and retain qualified medical technologists and technicians.

Important considerations
Modular Systems is not an analyzer but a complete system that changes the way work is done and information is processed. McLawhon recommends that changes in the laboratory environment be carefully thought through before implementing Modular Systems, so that its maximum benefits can be realized.

Operator training is critical to successful system implementation. Training should emphasize integrated operation of the pre-analytical and analytical functions. These systems cannot be approached in the same way as conventional clinical analyzers. Understanding how the system works as an integrated unit will give operators better insight into achieving maximum efficiency.

With Modular Systems the laboratory is running the system on all three shifts, so the traditional wisdom of scheduling maintenance during evening and night shifts does not necessarily hold. Similarly, tasks must be optimized so that the laboratory is prepared for peak workflow. For example, reagent preparation schedules should be reviewed and adjusted to meet the demands during peak workflow.

To take full advantage of the efficiency improvements made possible by Modular Systems, robust information-system links are essential. The lab is working on such time- and labor-saving functions to improve workflow as:

• Upload results that do not require additional review directly to the LIS.
• File results automatically.
• Download accurate sample information automatically to Pre-Analytics for preparation of aliquots for offline testing stations and for improved prioritization of stat specimens.

Conclusion
Modular Systems is a viable approach for laboratories that want an automation solution that requires minimal facility modifications. It offers a flexible and scalable platform that can grow with the laboratory’s needs and budget. 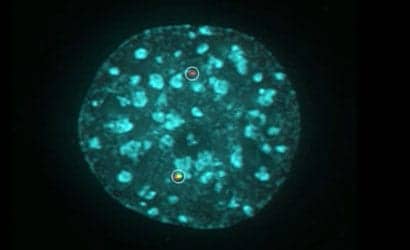