By Mark Kopnitsky and Jim Meenan

Background
Anti-Nuclear Antibody (ANA) serological tests play a significant role in the diagnosis of various systemic autoimmune disorders. Historically, such testing began with the classic ANA HEp-2 indirect fluorescent assay (IFA), a microscopic test incorporating fixed human cells as the substrate for autoantibody binding, or more recently with ANA ELISA screening tests. Patients demonstrating a positive reaction on the HEp-2 IFA assay, or an ANA ELISA screen, are then further characterized using a battery of ELISA tests or less frequently western blots or gel immunodiffusion. This battery of reflex serological tests is designed to further characterize the specific autoantibody present in the patient’s serum, thus helping the physician to pinpoint a specific diagnosis. The process of screening for ANA followed by additional characterization can be labor intensive, subjective, time consuming and costly. There are new technologies emerging that may eventually replace these conventional, serological immunoassays. One such test, the AtheNA Multi-Lyte ANA Test System, provides a revolutionary means of evaluating patient serum samples for ANA.

The technology
The AtheNA Multi-Lyte ANA test system is a multiplexed, homogeneous, fluorescent-based microparticle immunoassay designed to detect and distinguish autoantibodies present in human serum in one brief, simple assay. This serological assay, developed and manufactured by Zeus Scientific, Inc. and marketed exclusively by Wampole Laboratories, is composed of a bench-top flow analyzer and differentially dyed and distinguishable microspheres developed by the Luminex Corporation.

The microspheres serve as the solid phase for the immunoassay. Each set of distinct microspheres has a unique autoantigen covalently bound to its surface. The instrument can detect, distinguish, and identify discrete microspheres, enabling a multitude of immunoassays to be done simultaneously on a serum sample in a single microwell. This platform in conjunction with Zeus Scientific’s proprietary reagents, customized software and Intra-Well Calibration Technology (patent pending), provide for a breakthrough in ANA diagnostic testing.

The assay
The AtheNA Multi-Lyte ANA test system performs an ANA screen test and a battery of reflex tests simultaneously in one well while maintaining complete user flexibility regarding what results are reported on each sample. Available reflex tests include dsDNA, SSA, SSB, Sm, RNP, Scl-70, Jo-1, Centromere-B and Histones. Although the entire screen and profile are performed simultaneously on every patient sample, the operator defines precisely which tests will be reported. Additionally, all data is archived allowing the laboratory to access previously stored patient runs and report on additional autoantibodies without having to re-test the sample. The archived data is simply reanalyzed through the software and any of the 1 to 10 possible results may be reported in accordance with the new tests requested.

The AtheNA ANA test kit contains the pre-formulated, multiplexed microsphere suspension, the fluorescent anti-human antibody conjugate and the specimen diluent. Positive and negative controls are included for determining run validity and all microwell plates are included for preparing dilutions and running the assay. All of the kit components are liquid and ready to use. The assay is performed as outlined in Table 1.

Clinical utility
ANA screening and reflex testing are invaluable tools for the diagnosis of many autoimmune conditions (see Table 2). A positive ANA result alone, however, is not diagnostic of a particular disease state. It is well established that many positive ANA HEp-2 results never reflex to clinically relevant autoantibodies. The presence of characterized autoantibodies in conjunction with a positive ANA result and symptomatology has far greater clinical significance than an uncharacterized ANA result alone. Historically, clinicians have relied on fluorescent patterns (homogenous, speckled, nucleolar, centromere, etc.) as an aid in diagnosis. With the advent of specific autoantibody reflex tests, the clinical utility of traditional fluorescent patterns has been reduced significantly. It is now recognized that the patterns are less specific and only suggestive of a particular clinically relevant autoantibody. Patterns are now used principally to help guide the clinician regarding which of the battery of specific reflex autoantibody tests to request.

The new AtheNA Multi-Lyte Test System is designed specifically to simplify these complex diagnostic testing requirements. AtheNA provides ANA screening and reflex autoantibody results (dsDNA, SSA, SSB, Sm, RNP, Scl-70, Jo-1, Centromere B and Histones) in one well. Since AtheNA is not a microscopic fluorescent assay, subjective fluorescent patterns are not generated. These patterns however, are far less important since the autoantigen(s) responsible for the positive ANA can be specifically identified with no additional testing required. The combination of the ANA screening result in conjunction with the identification of these specific autoantibodies can offer the clinician immediate insight into potential autoimmune disorders.

Benefits to the clinical laboratory
The new AtheNA Multi-Lyte system is a breakthrough in diagnostic testing and offers laboratories a simple and streamlined alternative to subjective IFA and labor-intensive ELISA. A patient specimen can be analyzed for all significant ANA markers (dsDNA, SSA, SSB, Sm, RNP, Scl-70, Jo-1, Centromere and Histones) simultaneously in a single well with one rapid assay. This multiplexing technology offers significant reductions in overall cost and has demonstrated up to a 95% reduction in labor versus IFA and ELISA. At a time when qualified laboratory personnel are at a premium, AtheNA offers a welcome alternative to subjective and labor intensive IFA and ELISA. In addition to labor savings, the AtheNA Multi-Lyte ANA test system eliminates the need to split samples as well as purchase and inventory 10 different immunoassays. With AtheNA, samples may be sent to one station and tested for every marker using only one kit. AtheNA’s bi-directional interfacing capability allows for the uploading of work lists and reportable test requests as well as direct downloading of results to Laboratory Information Systems (LIS). This eliminates transcription errors when reporting results and greatly increases the control over information flow within the laboratory. Specimen management, reagent management, and patient information are under much greater control.

The AtheNA Multi-Lyte test system features proprietary Intra-Well Calibration Technology. The system adjusts the calibration curve within every well to match the unique characteristics of the patient serum. This Intra-Well Calibration Technology offers significant benefits to the laboratorian. Since calibration is well-specific, it virtually eliminates issues such as cross plate drift, inflexible incubation times, and complications due to fluctuating ambient temperatures. Unlike ELISA assays, where multiple, time critical washes and incubations are typical, the homogeneous AtheNA assay protocol features only two 30-minute incubations with widows of +/- 10 minutes, and no separation or wash steps. This protocol flexibility is ideal for the busy laboratory where technicians are often called on to perform multiple tests at one time. It is also ideal for automation where restrictive incubation schemes can adversely affect the efficiency of sample processors. An additional advantage of the Intra-Well Calibration Technology is the direct verification of sample addition through the software. This improves accuracy by eliminating the potential for false negative results caused if sample is not added to the well.

While the ANA panel is the first AtheNA Multi-Lyte product to be cleared by the FDA, this technology is not limited to autoimmune testing. The multiplexing capabilities of the AtheNA Multi-Lyte system promises to revolutionize other areas of immunodiagnostic testing as well. Virtually any assay that can be performed in an ELISA microtiter format can be adapted to, and improved by this technology. Additional applications are currently under development using the AtheNA Multi-Lyte platform. ELISA assays that are run individually today are likely to be available in robust, labor-saving, multiplexed formats tomorrow.

Mark Kopnitsky is the vice president of research and development for Zeus Scientific, Inc.

Jim Meenan is the AtheNA product manager for Wampole Laboratories. 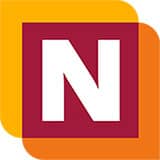 Catering to Physician Preference is a Potent Marketing Tool