A June 27, 2002 Supreme Court decision has cleared a path for industry growth in drugs of abuse testing from a controversial source: public school students required to submit to random urine tests. For now, the decision involves only those students who wish to participate in extracurricular activities, but the expectation from supporters both on and off the bench is that the scope of the testing could widen.

Until now, the Court had ruled only on the constitutionality of drug testing student athletes, as a matter of protecting their health and safety based on exposure to an increased level of danger when engaging in sports. The majority opinion in this most recent case extends the argument regarding such protection to the student body in general, declaring that testing addresses the concerns of preventing, deterring and detecting drug use.

In the specific school policy upheld, all students who choose to participate in extracurricular activities are subject to random suspicionless drug testing. A school official escorts a randomly selected student to a restroom, listens at the lavatory door for proper urinating sounds, and then retrieves the sample. Initiating the unsuccessful challenge to the policy was an Oklahoma honors student who participated in an academic quiz team, sang in the choir, and tested negative for drugs of abuse. She called the test physically degrading and a violation of her right to privacy, and questioned why she should have to prove her innocence when there was no reason to suspect her of wrongdoing.

In a 5-4 decision, the answer from the court was that privacy interest is limited in a public school environment where the State is responsible for maintaining discipline, health, and safety.

The wisdom and efficacy of adopting more widespread use of this testing hinge on which seems more likely: that random drug testing as a condition of participation in extracurricular activities will deter drug abuse, or that the testing itself will deter participation in the activities. Past programs have operated on the principle that occupying students with after school and extracurricular activities is an effective way to curb dangerous behaviors and build self-esteem. 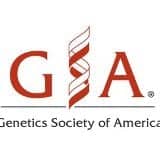