The recent outbreak of an E. coli infection in Germany has resulted in serious concerns about the potential appearance of a new deadly strain of bacteria. In response to this situation, and immediately after the reports of deaths, the University Medical Centre Hamburg-Eppendorf and BGI-Shenzhen, Shenzhen, China, began working together to sequence the bacterium and assess its human health risk. BGI-Shenzhen has just completed the sequence and carried out a preliminary analysis that shows the current infection is caused by an entirely new super-toxic E. coli strain.

According to the latest announcement from German health officials, the death toll in Europe from the epidemic has risen to at least 17. Over 1,000 new cases of infection have also been reported in other parts of Europe, including Sweden, Denmark, the Netherlands, the UK, and others. The University Medical Center Hamburg-Eppendorf received the majority of the infected patients from northern Germany and found that antibiotic treatment was ineffective.

BGI was informed of the dangerous situation and, in collaboration with the University Medical Center Hamburg-Eppendorf researchers, used their genomic technology to determine the infectious strain, reveal the mechanisms of infection, and facilitate the development of measures to control the spread of this epidemic.

Upon receiving the bacterial DNA samples, BGI finished sequencing the genome of the bacterium within 3 days using their third-generation sequencing platform—Ion Torrent by Life Technologies. Bioinformatics analysis revealed that this E. coli is a new strain of bacteria that is highly infectious and toxic.

According to the results of the current draft assembly (click here to download), the estimated genome size of this new E. coli strain is about 5.2 Mb. Sequence analysis indicated this bacterium is an EHEC serotype O104 E. coli strain; however, this is a new serotype—not previously involved in any E. coli outbreaks. Comparative analysis showed that this bacterium has 93% sequence similarity with the EAEC 55989 E. coli strain, which was isolated in the Central African Republic and known to cause serious diarrhea. This new strain of E. coli, however, has also acquired specific sequences that appear to be similar to those involved in the pathogenicity of hemorrhagic colitis and hemolytic-uremic syndrome. The acquisition of these genes may have occurred through horizontal gene transfer. The analysis further showed that this deadly bacterium carries several antibiotic resistance genes, including resistance to aminoglycoside, macrolides and Beta-lactam antibiotics: all of which makes antibiotic treatment extremely difficult.

The research team will further analyze the integrity of the virulence genes, their expression profiles, drug resistance, and gene transfer mechanisms followed by validation of these genes in other strains. In addition BGI and collaborators are developing diagnostic kits to aid in curtailing this epidemic. New results will be continuously updated. (To obtain immediate updates see Twitter: @BGI_Events.)

The sequences of this new E. coli strain have been uploaded to NCBI (SRA No: SRA037315.1) and are also available for immediate download at ftp://ftp.genomics.org.cn/pub/Ecoli_TY-2482. 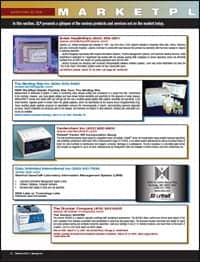