Biomarkers Could Aid Diagnosis of Two Fatal Forms of Malaria

Canadian researchers have identified protein biomarkers that shed new light on the development of two severe and debilitating forms of malaria.

The findings may let doctors detect earlier two crippling malaria variations – one that develops in the placenta of pregnant women affecting countless unborn children, the other, cerebral malaria, that develops in the brain’s blood vessels – malaria’s most deadly form.
The double breakthrough will be described at annual meetings of the American Society of Tropical Medicine and Hygiene in New Orleans, December 7-11.

Many women growing up in areas such as sub-Saharan Africa gradually develop partial immunity to malaria and become relatively impervious to it until their first pregnancy. Often, the expectant mother with placental malaria appears relatively well and the disease is detected only after the child is delivered.

Some 10,000 women die annually from placental malaria, while up to 400,000 develop severe anemia. The disease also causes up to 200,000 infant deaths and countless cases of babies born with low birth weight – a major risk factor for early childhood death.

A decade ago, researchers showed malaria parasites can accumulate in the newly created placenta. But how parasites hiding in the placenta actually result in placental and fetal injury was unclear, says lead researcher and Dr Kevin Kain, Director of the Sandra A. Rotman Laboratories at the MRC.

They found that women with placental malaria carry a biomarker in their blood — a protein called C5a, which is an important part of the body’s innate defence against infections but one that needs to be carefully controlled.

When overactived by malaria infection, C5a appears to contribute to an excessive inflammatory response and dysrupts normal blood vessel growth in the placenta, raising the risk of spontaneous abortions or low birth weight infants.

Tests on pregnant women in Kenya revealed that those with placental malaria had elevated levels of C5a in their blood compared to expectant mothers without the disease. The discovery may help identify placental malaria carriers early enough to potentially prevent tragic consequences through better targeted treatment strategies.

"Children born with low birth weight from placental malaria have several strikes against them before they’ve drawn a breath," says Dr Kain, who is also Director of the Center for Travel and Tropical Medicine at Toronto General Hospital. "Any additional illness that comes along in early childhood is more likely to kill them."

"A test that helps detect placental malaria means women can be treated earlier pregnancy, reducing the risk of death or anemia for them, and perhaps saving their babies from malformation or miscarriage."

Cerebral malaria is a scourge of people with little developed immunity, affecting particularly African children under five years old and other non-immune adults and travellers to developing countries. It kills 10 to 40% of its victims.

Some 2 to 5% of children with malaria develop the cerebral form. Millions of invading parasites damage the blood vessels of the brain resulting in coma and frequently death. Surprisingly, those who survive it emerge relatively intact neurologically.
Blood tests on patients with cerebral malaria were compared with samples from patients with uncomplicated malaria and from healthy test control subjects.

Cerebral malaria patients were found to have abnormal levels of proteins that regulate the activation of blood vessels known as angiopoietins. Angiopoietin-1 (ANG-1) and angiopoietin-2 (ANG-2) must be in careful balance to maintain healthly endothelial cells that line blood vessels.

In cerebral malaria, the research showed ANG-1 and ANG-2 were dysregulated, likely contributing to excessive activation of the endothelial cells and parasite obstruction of brain blood vessels, associated with cerebral malaria.

High levels of ANG-2 and low levels of ANG-1 were associated with the severity of disease; the levels recorded on admission to hospital predicted which children would subsequently die.

The accuracy of ANG-1 and ANG-2 levels in identifying cerebral malaria was very high (80 to 100%; in African children and Thai adults respectively).

The finding could help doctors spot at-risk individuals early in the course of the disease, with profound implications for triaging critically ill children in developing countries and effectively allocating scarce health care resources. Furthermore, drugs or agents that block ANG-2 or enhance ANG-1 may have a therapeutic role in preventing or treating cerebral malaria.

Says Dr Liles: "While there is still much work ahead related to this finding, we believe it could soon help improve priority setting by doctors as they decide which patients need the most intensive anti-malaria therapy and supportive care once symptoms are detected." 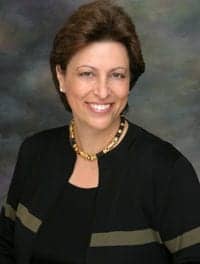