Four Suspected US Cases of E.coli Linked to Germany

Medline Plus has shared a Reuters news items that reports the number of suspected US cases involving the deadly E.coli bacteria that has sickened thousands in Europe remained at four on Sunday, according to the Centers for Disease Control and Prevention.

All four of the US patients had recently visited Hamburg, Germany, officials said.

The rare strain of E.coli has infected people in 12 countries. It has killed 22 people and made more than 2,000 ill, according to the report.

There are no indications the US food supply has been tainted by E.coli, according to the FDA. 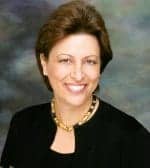 Innovation is a Reflex at CRL