Glycated hemoglobin (HbA1c) testing is one of the success stories of point-of-care diagnostics, and an area that will experience higher growth rates than other POC tests as a result of expert recommendations, new cases and booming mail-in test sales, according to the new report "Point-of-care Diagnostics 2010 and Beyond: Rapid Testing at a Crossroads," by health care market research publisher Kalorama Information.

The test measures glucose attached to the blood protein hemoglobin, a well-established analyte related to the long-term evaluation of blood sugar control. Ideally, every insulin dependent diabetic should be tested for HbA1c every three months. The test will show its fastest growth in the U.S., and Kalorama estimates some 87% of diabetics aged 65 and over have been monitored with an HbA1c test.
"HbA1c tests offer a picture of the patient’s blood sugar control over the past two or three months, which can be useful in consulting with the patient," said Shara Rosen, analyst for Kalorama Information. "It can be conducted at any time of day without fasting, and the value of hemoglobin glucose varies less than fasting plasma glucose (FPG) values."

Kalorama estimates the global market for POC HbA1c tests was $230 million in 2009, but should rise to $350 million by 2013. This growth rate is fifty percent faster than the average POC testing product, according to the report. The self-testing portion, performed primarily by mail-in lab services, is only a small percentage of those revenues now, but it is showing faster sales growth than lab-based tests. Kalorama expects mail-in testing to grow at 25% for the next five years.

HbA1c testing products have been available for two decades and there are several competitors in the market. At least thirty companies now offer HbA1c assays for automated systems — Bio-Rad, Abbott Laboratories, Bayer/Siemens, Beckman Coulter, Siemens, and Roche Diagnostics among them. The market is growing in the United States but faces challenges worldwide, including high device costs for some diabetic world populations, inadequate consumer education, psychological and physical discomfort, and patient inconvenience.

In 2009, a committee of experts from the American Diabetes Association, the European Association for the Study of Diabetes, and the International Diabetes Association concluded that the A1C test should be the primary test used to diagnose pre-diabetes, type 1, and type 2 diabetes. The recommendations were reported at a symposium at the ADA 69th Scientific Sessions, held in New Orleans last year.
"These recommendations won’t impact the use of the established FPG tests immediately, but long-term they have the potential to make a major change in the way diabetes is diagnosed," according to Rosen. 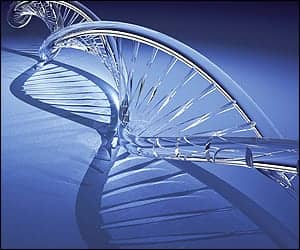 The Race to Conquer WNV