Meridian Bioscience Inc has announced that it has received FDA clearance for a new rapid test for Campylobacter, ImmunoCard STAT!® CAMPY.

This new test provides fast and accurate detection of Campylobacter bacteria, one of the most common causes of diarrheal illness and the most common bacterial cause of foodborne illness in the United States. Approximately 20 million stool culture tests are conducted each year in the US to detect the illness, known as Campylobacteriosis. Campylobacter is most often transmitted by poorly cooked poultry or person-to-person contact.

With culture, there is a potential for reduction in sensitivity due to variable culturing procedures, specimen viability, and inhibitory antibiotics in culture media. ImmunoCard STAT!® CAMPY dramatically reduces these concerns with a consistent method that measures the bacterial antigen instead of measuring the viability of this fragile bacteria in an environment that is less inhibitory than current culturing procedures.

John A. Kraeutler, Chief Executive Officer, stated, “ImmunoCard STAT!® CAMPY is a significant addition to our foodborne category because it provides laboratories with a rapid, accurate and easy to perform platform for the detection of Campylobacter. This innovative assay, along with Meridian’s Premier™ CAMPY and toxigenic E. coli tests, demonstrates Meridian’s emerging leadership in foodborne testing. ImmunoCard STAT!® CAMPY is already in distribution by Meridian Bioscience Europe for the Company’s European markets and was also recently approved for sale in Canada.”

What do I really need to know about Risk Management and EP23-A? There was a lot of hubbub about it last year but it seems to have gone away. 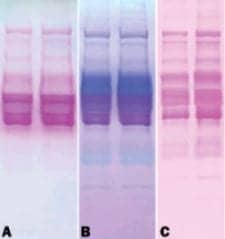