President Barack Obama has signed a massive $787 billion package to revive the economy, saying the measure represented the "essential work of keeping the American dream alive in our time."

The stimulus plan of spending programs and tax cuts is at the heart of Obama’s effort to turn the economy back into a job-creating machine. It comes with a huge price tag for taxpayers and lingering doubts about whether the plan’s results will match all the lofty promises that its supporters have made.

Obama signed the bill in Denver, the city where he accepted his party’s presidential nomination last summer and a leader in the so-called "green" clean energy jobs that the legislation supports. The president now turns his attention to a plan to help struggling homeowners who are trying to fend off foreclosure.

"I don’t want to pretend that today marks the end of our economic troubles," Obama said before signing the legislation. "Nor does it constitute all of what we going to have to do to turn our economy around. But today does mark the beginning of the end."

Meanwhile, the White House isn’t ruling out a second economic plan, although none is in the works right now, spokesman Robert Gibbs said Tuesday.

The legislation is the most sweeping economic overhaul plan put forth in decades.

There’s a $400 tax break for most individual workers and $800 for couples, including those who do not earn enough to pay income taxes. It dishes out tens of billions of dollars to states so they can head off deep cuts and layoffs. It provides financial incentives for people to start buying again, from first homes to new cars.

And it provides help to poor people and laid-off workers, with increased unemployment benefits and food stamps, and subsides for health insurance.

Ahead of Obama’s arrival in Colorado, the White House went live with a Web site, http://www.recovery.gov, that will allow people to track where the money is being spent. The White House press office also promoted the projected job growth for each state and congressional district.

Tuesday is when General Motors Corp. and Chrysler LLC, which are living off a combined $13.4 billion in federal bailout loans, are due to hand in plans to the government about how they can remain viable. And on Wednesday in Arizona, Obama will unveil his plan to halt home foreclosures.

The unemployment rate is now at 7.6 percent, the highest in more than 16 years. Analysts warn the economy will remain feeble through 2009.

Republican lawmakers, meanwhile, largely balked at the economic package. It drew no GOP votes in the House and only three in the Senate, albeit vital ones. Many Republicans said it was short on cutting taxes and the spending measures didn’t target the vast sums of money well enough toward short-term job creation, which was the major goal of the bill.

But with the economy shedding jobs, there was widespread consensus in Washington for some sort of stimulus, and fast.

Yet the government’s action comes at a cost down the line.
Many private economists are forecasting that the budget deficit for the current year will hit $1.6 trillion, including the stimulus spending. That’s about three times last year’s shortfall, and such year-to-year deficits contribute toward a mounting national debt. 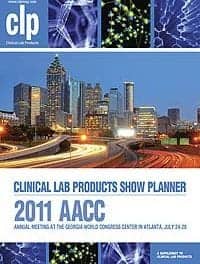 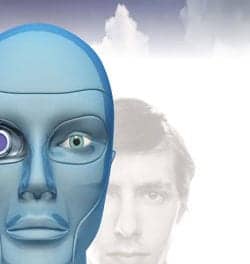