Prometheus Laboratories Inc announces that it has received NY State approval for PROMETHEUS® IBS Diagnostic, the first and only blood test for irritable bowel syndrome (IBS). This novel test incorporates 10 biomarkers, two of which are proprietary, along with a proprietary algorithm to help physicians diagnose patients with IBS.

"One out of five Americans has symptoms of IBS, however the majority go untreated due in part to current limitations in diagnostics," said Henry Pan, MD, PhD, chief scientific and medical officer of Prometheus. "PROMETHEUS IBS Diagnostic is a valuable tool that can help accelerate the diagnosis and treatment of IBS. We have worked diligently with the New York State Department of Health to ensure that this innovative test is broadly available to patients in need. In addition, we are pleased to report that a manuscript describing PROMETHEUS IBS Diagnostic has recently been accepted for publication in Alimentary Pharmacology & Therapeutics."

IBS can be challenging to diagnose because it is a functional disease that is not associated with any visible abnormality and symptoms often overlap with other gastrointestinal conditions, such as inflammatory bowel disease, celiac disease, and chronic functional constipation/diarrhea. Without a blood-based biomarker, the diagnosis of IBS is typically made through a process of elimination, by determining the patient does not have other gastrointestinal diseases with similar symptoms, together with the use of the standard Rome diagnostic criteria.

As with Prometheus’ entire portfolio of proprietary diagnostics, PROMETHEUS IBS Diagnostic testing is performed at the Company’s CLIA-certified laboratory in San Diego, California. Blood samples are collected and shipped overnight to Prometheus, after which test results are generally reported back to physicians within two to three days. Subscribing physicians may also view their test results over the Internet. For more information visit the test’s Web site. 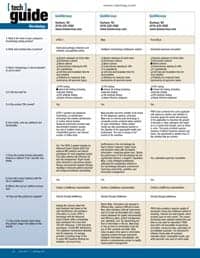 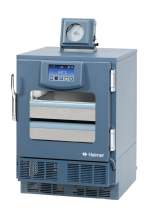 A Finger On the Pulse of Blood Banks