By mixing and matching a contemporary flu virus with the “Spanish flu” — a virus that killed between 20 and 50 million people 90 years ago in history’s most devastating outbreak of infectious disease — researchers have identified a set of three genes that helped underpin the extraordinary virulence of the 1918 virus.

Writing today in the Proceedings of the National Academy of Sciences, a team led by University of Wisconsin-Madison virologists Yoshihiro Kawaoka and Tokiko Watanabe identifies genes that gave the 1918 virus the capacity to reproduce in lung tissue, a hallmark of the pathogen that claimed more lives than all the battles of World War I combined.

“Conventional flu viruses replicate mainly in the upper respiratory tract: the mouth, nose and throat. The 1918 virus replicates in the upper respiratory tract, but also in the lungs,” causing primary pneumonia among its victims, says Kawaoka, an internationally recognized expert on influenza and a professor of pathobiological sciences in the UW-Madison School of Veterinary Medicine. “We wanted to know why the 1918 flu caused severe pneumonia.”

Autopsies of 1918 flu victims often revealed fluid-filled lungs severely damaged by massive hemorrhaging. Scientists assumed that the ability of the virus to take over the lungs is associated with the pathogen’s high level of virulence, but the genes that conferred that ability were unknown.

Discovery of the complex and its role in orchestrating infection in the lungs is important because it could provide a way to quickly identify the potential virulence factors in new pandemic strains of influenza, Kawaoka says. The complex could also become a target for a new class of antiviral drugs, which is urgently needed as vaccines are unlikely to be produced fast enough at the outset of a pandemic to blunt its spread.

To find the gene or genes that enabled the virus to invade the lungs, Kawaoka and his group blended genetic elements from the 1918 flu virus with those of a currently circulating avian influenza virus and tested the variants on ferrets, an animal that mimics human flu infection.

For the most part, substituting single genes from the 1918 virus onto the template of a much more benign contemporary virus yielded agents that could only replicate in the upper respiratory tract. One exception, however, included a complex of three genes that, acting in concert with another key gene, allowed the virus to efficiently colonize lung cells and make RNA polymerase, a protein necessary for the virus to reproduce.

“The RNA polymerase is used to make new copies of the virus,” Kawaoka explains. Without the protein, the virus is unable to make new virus particles and spread infection to nearby cells.

In the late 1990s, scientists were able to recover genes from the 1918 virus by looking in the preserved lung tissue of some of the pandemic’s victims. Using the relic genes, Kawaoka’s group was able to generate viruses that carry different combinations of the 1918 virus and modern seasonal influenza virus.

When tested, most of the hybrid viruses only infected the nasal passages of ferrets and didn’t cause pneumonia. But one did infect the lungs, and it carried the RNA polymerase genes from the 1918 virus that allowed the virus to make the key step of synthesizing its proteins.

In 2004, Kawaoka and his team identified another key gene from the 1918 virus that enhanced the pathogen’s virulence in mice. That gene makes hemagglutinin, a protein found on the surface of the virus and that confers on viral particles the ability to attach to host cells.

“Here, I think we are talking about another mechanism,” Kawaoka says. The RNA polymerase is used to make copies of the virus once it has entered a host cell. The role of hemagglutinin is to help the virus gain access to cells. 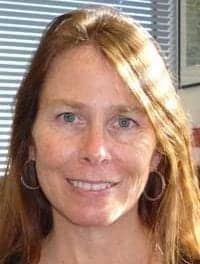