Sequenom Inc‘s wholly-owned reference laboratory, the Sequenom Center for Molecular Medicine (Sequenom CMM), has authorized commencement of a pivotal clinical validation study. This validation study is designed to evaluate the clinical performance of the SensiGene T21 Laboratory Developed Test (LDT) for the detection of an overabundance in maternal blood of chromosome 21, which is associated with fetal chromosome 21 aneuploidy. Testing of the clinical specimens will be performed at the Sequenom CMM facility in San Diego.

In September 2010, Sequenom CMM completed an R&D "locked-assay" verification study and the results of this study have been accepted for publication by the American Journal of Obstetrics and Gynecology. This "locked-assay" study was performed on the GAIIx sequencer (Illumina Inc, CA). Subsequently the laboratory has been engaged in additional equivalency studies using the more advanced HiSeq 2000 sequencer (Illumina). Earlier this month, Sequenom CMM scientists and Sequenom’s oversight committee reviewed data from the equivalency studies and authorized the start of the LDT clinical validation study using the HiSeq 2000.

Sequenom CMM-San Diego has received the first set of clinical specimens for the study and plans to start testing samples during the first week of January 2011. 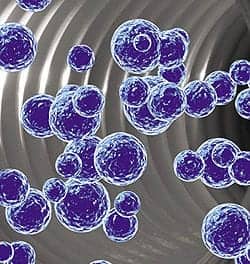