Agendia, together with several groups of scientific collaborators, has identified a major role for TSPYL5, one of its MammaPrint breast cancer prognosis genes, in the genesis of breast cancer. The study entitled, "TSPYL5 suppresses p53 levels and function by physical interaction with USP7," was published today in Nature Cell Biology.

The study provides further proof of the superiority of the unbiased whole genome discovery process on which MammaPrint is based. The 70 genes that constitute the MammaPrint signature were arrived at after comparison of full genome gene expression profiles of a large number of breast tumors. In 2002, when the first landmark papers on MammaPrint were published in the New England Medical Journal and Nature, the individual function of nearly half of the 70 genes was unknown, including the TSPYL5 gene. Despite this, it was clear that MammaPrint offered the strongest prognostic evidence of any molecular diagnostic assay for breast cancer recurrence and is able to identify chemotherapy-sensitive metastasis risk with 94% accuracy. The discovery process commonly used today by developers of molecular diagnostic assays relies on the so-called candidate gene approach, in which genes are selected based what is known from the scientific literature and expert opinion at the specific date of development. By its nature this approach has important limitations, since it ignores the wealth of information in the human genome, such as the TSPYL5 gene, that, even if unexplained, still plays a pivotal role in disease processes.

The paper in Nature Cell Biology describes for the first time the function of the TSPYL5 gene, and specifically its crucial interaction with p53, one of the best-described tumor suppressor genes. By suppressing p53, TSPYL5 seems to disarm one of the key genes responsible for combating tumor development, and the authors show that TSPYL5 is an independent poor prognosis marker in breast cancer. The TSPYL5 gene and another previously unknown MammaPrint gene, metadherin (MTDH), which was also recently found to mediate metastasis and chemoresistance, are not included in other breast cancer recurrence assays and in hindsight provide a scientific rationale for MammaPrint’s unprecedented clinical utility. 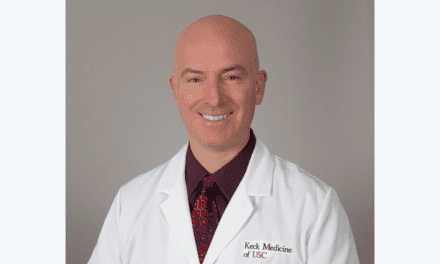