The Quest for Global Health Equity 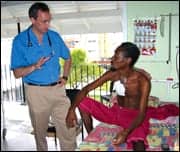 It was another steamy day in the emergency department at the Georgetown Public Hospital in Guyana. A couple of standing fans blew the hot, heavy air around, and virtually everyone was drenched in sweat—a daily ritual for those who work in the tropics.

As a practicing emergency physician visiting from the United States, I had spent much of the morning seeing patients and teaching the local staff as part of our NGO Omni Med’s education program. As had been the case in many other locales, I learned as much from these dedicated providers as I taught them.

Toward the end of the morning, one of the nurses asked me to look at a young boy who didn’t look right. He was 2 years old and “may have gotten into something,” according to his worried mother. He was hopelessly thin; lying on a gurney near the hallway; and breathing faintly, not moving. I could elicit no response from him despite several attempts, and we quickly moved him to the treatment area with the best-stocked equipment.

We dispatched an uncle to find out what he might have ingested, while the boy’s breathing rate rapidly declined. Soon a crowd of nurses, students, and physicians gathered around in a frantic attempt to revive him. We were able to place the breathing tube; and soon, through two quickly placed intravenous lines, we poured in fluids and medications. Chest compressions soon followed, but it very quickly became clear that we were up against an unbeatable adversary.

His breathless uncle came in to tell us that the child had ingested rat poison—though not Coumadin, the blood-thinning type of rodent poison used in the United States. The type of rat poison used in Guyana is far more lethal and impossible to reverse. We continued our attempts to revive him for another half hour. Yet his cardiac tracing eventually showed a flatline rhythm, and we stopped.

I have worked in emergency medicine since 1992 and internationally since 1987, and I have been present for scores of deaths. However, no amount of experience can ever prepare one sufficiently for the task of informing a young mother that her 2-year-old son has just died. I walked outside the immediate treatment area and told this frantic woman that we had done all we could, but we had been unable to save her young son. She screamed and cried, and family members surrounded and consoled her.

As always happens in such cases, I felt responsible and I retraced every step of our care. There really was nothing more that we could have done, but that didn’t stop the second-guessing that continued to haunt me.

According to the UN, more than 28,000 children younger than age 5 die every single day from treatable illnesses—mostly diarrhea, respiratory infections, malaria, and AIDS. That translates into roughly 1,200 deaths every hour, or one death every 3 seconds. If the rich world would respond to these dying kids with the same urgency that it responded to the Asian tsunamis, perhaps fewer kids would have to die so young.

Yet these deaths are a mere part of a much larger, and far more troubling, picture comprised of two interrelated but quite disparate worlds: one rich, and one poor. The larger picture is sometimes hard for those of us in the rich world to grasp. But ours is a world in which 1.1 billion people live on less than $1 per day and 2.6 billion people live on less than $2 per day. Nearly one third of the people in the least developed countries, mostly in sub-Saharan Africa, will die before they reach age 40, while the life-expectancy gap between those in the wealthiest and poorest countries in the year 2000 is more than 25 years. In poor countries each year, half a million women die in childbirth—at rates 10 to 100 times those in industrial countries.

Such disparities have not gone unnoticed through time. A number of responses, from bilateral aid missions to multilateral World Bank efforts, have attempted to reduce global disparities in health with mixed results. But some of the more successful ventures have come in the field of health.

Albert Schweitzer and Tom Dooley elevated the status of the medical profession through their widely acclaimed work in Africa and Southeast Asia. Other committed individuals—William Larimer and Gwen Mellon, Bernard Kuschner, Jonathan Mann, and Paul Farmer—have continued that tradition.

Health workers from CARE, the International Committee of the Red Cross, and the UN have worked in some of the world’s worst humanitarian crises during the past 50 years.

A group of French physicians—Medecins Sans Frontieres (MSF)—changed the way we respond to disasters.

A handful of physicians and scholars at Partners In Health changed the way the world treats tuberculosis. Notably, they smuggled sputum samples back into the United States for testing in state labs in Boston because no comparable diagnostic laboratories were available in Lima, Peru.

All of these people have placed a higher calling above personal comfort, professional advancement, or material acquisition. In so doing, they have tapped into the ethical, faith-based roots of the health professions, where the art of medicine intersects with the highest aspirations of man.

Stories of people and organizations involved in this work have percolated down through the medical profession like surreal dreams. For most of those in the health professions, including pathology and laboratory medicine, this realm has remained distant and seemingly inaccessible.

Mainstream medicine has averted its gaze, concentrating on worthy but different priorities. Most practicing in the health professions have followed suit, though not for a lack of interest. Many have expressed at least a modicum of interest in working internationally. Whether inspired by stories of Schweitzer, Farmer, or Dooley, or perhaps knowing someone who had served abroad, they have expressed to me a wish to reconnect with the ideals that first drew them to a career in health care, or to give something back in exchange for all they have derived from their work in the field.

Despite such interest, however, opportunities to serve abroad have long been hard to find, and relatively few providers have engaged. In one of the few surveys to date, Johns Hopkins’ Timothy Baker, MD, PhD, found that only 0.32% of physicians and 0.12% of nurses surveyed had been active in international health prior to the study’s publication in JAMA in 1984. While such dismal numbers have likely increased slightly during the past 20 years, it is time for a far wider swath of the medical profession to consider engaging where they are most needed, and for the ideal of international health service to move into the mainstream of the medical profession.

Martin Luther King, Jr, once said, “The racial problem in America will be solved to the degree that every American considers himself personally confronted with it.” Of course he was right, and the racial climate in the United States has improved considerably—in part due to King’s own efforts.

We can paraphrase King and say that the problem of global health inequity will too only be solved to the degree that all of us—particularly those of us in the health professions—feel personally confronted with it. And that will remain difficult if the overwhelming majority of us remain sequestered behind walls of wealth and technology in the rich countries.

If we hope to respond effectively to the great challenges that face us—terrorism, epidemic infectious disease, global warming, population explosion, the widening disparities between rich and poor, among others—we can only do so by first understanding, and then working directly to eradicate, extreme poverty and the many forces that propagate it. We have to leave our comfort zones and go out to those areas where we are most needed. Only then will we find a reason to care.

A logical first step is to make it easier for all members of the health professions to engage. For several years, members of my small non-profit group, Omni Med (www.omnimed.org), have compiled data on organizations that send members of the medical field to developing countries. Included in our data acquired over the past 12 years are opportunities for pathologists, medical technicians, administrators, pharmacists, infectious-disease experts, hematologists, and more than 40 other categories of health professionals.

Virtually anyone who works in health care can now easily find opportunities to serve in my recently published book, A Practical Guide to Global Health Service, which lists more than 300 service organizations seeking volunteers. A companion book, Awakening Hippocrates: A Primer on Health, Poverty, and Global Service, explains the complex reasons that we still have such suffering in a time of medical miracles, what we have collectively done about it, and how some global health pioneers have addressed the challenges.

Solving the problem of global health inequity is not something we can leave up to those who work for the World Bank or bilateral aid agencies. The history of development is replete with the stories of those who have ventured abroad to help, and either done nothing or harmed the most vulnerable.

As members of an esteemed profession, we possess a power to heal, and we can put these talents to use among the most destitute. However, we must first recognize our profession’s Achilles’ heel: that our knowledge and talents remain concentrated among those who can afford them. We simply will not solve the problems facing humanity unless more of us engage. It is my sincere hope that some reading this will heed this timeless call.

Edward O’Neil, Jr, MD, is the founder and president of Omni Med (www.omnimed.org), a nonprofit organization that compiles service opportunities and runs service/teaching programs in three developing countries. He is the author of Awakening Hippocrates: A Primer on Health, Poverty, and Global Service, and A Practical Guide to Global Health Service, both published by the AMA in Spring 2006. O’Neil is a staff emergency department physician at Caritas St Elizabeth’s Medical Center in Boston, and assistant professor of emergency medicine at Tufts University School of Medicine, Boston. He can be reached at . 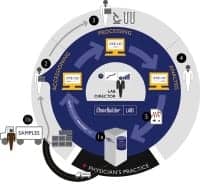 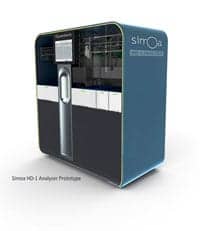