Worldwide, there are 34 million people living with HIV, and according to UNAIDS, approximately 2.7 million new infections occurred in 2010. In the United States, nearly 1.2 million people are living with HIV and an estimated 50,000 new HIV infections occur each year. December 1 marks World AIDS Day, the day to raise awareness of the global impact of HIV/AIDS. This day also recognizes the success to date of global and domestic programs and the number of lives saved.

The Centers for Disease Control and Prevention (CDC) is committed to saving even more lives. As a science-based public health and disease prevention agency, CDC provides support to nearly 80 countries to strengthen their national HIV programs and build sustainable public health systems through the President’s Emergency Plan for AIDS Relief (PEPFAR). CDC works side-by-side with Ministries of Health in these countries and with other partners to implement sustainable HIV/AIDS interventions, and to measure their effectiveness in reducing infections and deaths from HIV/AIDS.

Within the United States, CDC is implementing High-Impact Prevention in support of President Obama’s National HIV/AIDS Strategy, which guides the nation’s HIV prevention efforts for combating the epidemic. High-Impact Prevention is designed to maximize the impact of prevention efforts for all Americans at risk for HIV infection, including gay and bisexual men, communities of color, women, injection drug users, transgender women and men, and youth. By using combinations of scientifically proven, cost-effective, and scalable interventions, CDC can target the right populations in the right geographic areas–making every prevention dollar count.

World AIDS Day is a time to remember the devastating toll this disease has taken–and continues to take–on people in the United States and around the world. It is also a day to celebrate the strides we have made in preventing HIV, and look ahead to the work we still have to do.

HIV testing should be a routine part of health care. CDC recommends: 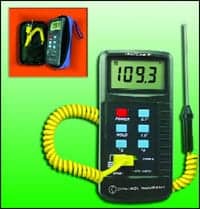