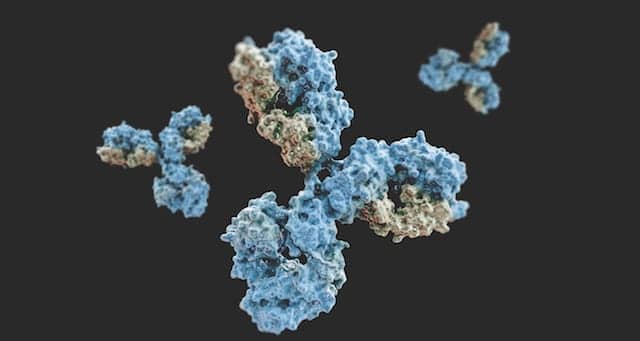 Clinical solutions for IBD include biologic drug therapies, corticosteroids, immunomodulation, and surgery. Therapy typically follows a step-up protocol, based on the progression of the disease. Biomarkers indicating how the patient is responding to therapy are considered vital for identifying at-risk, nonresponsive, and nonresponding patients who require a change in their existing therapy.

Among IBD patients, nonresponse or loss of response to anti-tumor necrosis factor (TNF) biologic drugs is a common occurrence. Such unresponsiveness may be due to inadequate dose optimization or, as recent studies suggest, may reflect a correlation between serum drug concentrations and clinical outcomes.

Since 2010, when therapeutic drug monitoring (TDM) was first introduced, however, a great deal of progress has been made. TDM has significantly changed patient care, and has resulted in improved management and decisionmaking for IBD patients on biologic drug therapy. TDM assays measure the levels of drugs and anti-drug antibodies in a patient’s blood. A vast number of peer-reviewed publications have highlighted the value of TDM. In turn, clinicians’ demand for monitoring biologic drugs is growing, and so is the need for more clinical laboratories to offer or outsource these tests.

In August 2017, the American Gastroenterological Association (AGA) released updated guidelines for the appropriate use of TDM when caring for patients with Crohn’s disease or ulcerative colitis. Yet, there are still questions and differences of opinion between AGA’s panel of experts and those who are proponents of the proactive use of TDM for biologic drugs. As the gold standard in treatment monitoring for IBD patients evolves, clinical labs will continue to play an important role to ensure clinicians’ accurate test results lead to improved therapy strategies and reduced risk of debilitating disease progression.

This article reviews emerging innovations and recommendations for patient-centered individualized therapies, as well as what experts actually practice with their patients.

High-risk IBD patients are often treated with immunomodulators or biologic drugs, or a combination of the two. However, response to such biologic therapy varies among patients, depending on factors such as body mass, disease phenotype, genetics, immunity against the medication, inflammation, other drug therapies, and the presence of anti-drug antibodies (ADAs).

Primary nonresponse is defined by the absence of clinical improvement during the induction phase in the presence of therapeutic trough drug levels and no anti-drug antibodies (Table 1).1

Secondary loss of response is defined by an initial clinical response followed by a relapse. It is characterized by the absence of detectable trough drug levels due to the presence of ADAs.

All biological drugs are potentially immunogenic. The immune response can be reduced through the use of immunomodulators, and managed by TDM.

The Clinical Value of Monitoring

Nonresponsive Patients. In 2014, the American Gastroenterological Association (AGA) published the first clinical decision support tool for monitoring responsiveness to therapy among IBD patients who do not remain in remission.7 In August 2017, AGA published an updated clinical practice guideline on therapeutic drug monitoring to guide treatment in patients with IBD.8

Experts in the field recognize that clinical cutoffs or therapeutic ranges are drug- and disease-specific, and that available cutoffs are not absolute. Based on available evidence about the levels required to achieve clinical remission, the 2017 AGA guidance document defines cutoffs of trough infliximab (?5 µg/mL) and adalimumab levels (?7.5 µg/mL). In addition, the Taxit trial—which evaluated the utility of TDM for optimizing infliximab treatment and measuring the level of antibodies to infliximab among patients in clinical remission—was the first to recommend targeting infliximab concentration in the range between 3 and 7 µg/mL in IBD patients.9

At this time, AGA recommends monitoring only for nonresponsive patients.

When patients with IBD are in remission, clinicians typically decide whether to deescalate drug dosage by reference to each patient’s symptoms and serum levels of C-reactive protein (CRP). However, TDM should also be considered, as data-driven patient management personalizes the therapy to the individual patient’s situation.6

Early Warnings of Immunogenicity. Immunogenicity has been associated with a reduction of clinical benefit from biologic drug therapies, including loss of treatment response, shorter duration of response, and infusion reactions.2,12

Figure 1. Illustrative algorithm for the management of inflammatory bowel disease patients using therapeutic drug monitoring (TDM), based on published literature and the 2017 guidelines of the American Gastroenterological Association.7,13 Clinicians can use TDM to guide dosage decisions and improve patient therapy strategy, reducing the risk of side effects.

To determine the underlying causes of primary and secondary nonresponse, clinicians can refer to the anti-TNF trough levels and anti-drug antibody levels defined by the algorithms in AGA’s latest guideline (Figure 1). These levels are meant to enable clinicians to distinguish patients who are most likely to respond to anti-TNF therapy from patients who have a high risk for loss of response over time.

In order to address the potential emergence of immunogenicity in individual patients undergoing treatment for IBD, a 2016 panel of experts agreed that monitoring anti-drug antibody levels is appropriate in four clinical scenarios:

In contrast to AGA’s recommendations, however, almost all papers published on this topic during 2017 support the use of TDM among IBD patients taking biological drugs, whether they are responsive or nonresponsive.

Monitoring Tests in the Lab

Clinical laboratories play an important role in the selection and performance of monitoring tests used to evaluate IBD patients who are undergoing biological drug therapies.14,15 Validated by numerous studies and adopted by labs for diagnostic monitoring, enzyme-linked immunosorbent assays (ELISAs) make use of a simple and powerful technology that provides an accurate quantitation of IFX levels and excellent correlation with clinical outcomes.

Measuring patients’ trough levels of IFX and antibodies to IFX can help clinicians develop a more rational plan for the management of their patients with IBD. To help guide IFX therapy, a study of 50 patients (33 patients with Crohn’s disease and 17 with ulcerative colitis) described cutoff levels for IFX that can be used to discriminate between active disease and remission.16 The values developed in this study align with those found in previously published studies, confirming the IFX cutoff values.

TDM Testing Options. In the United States, there are a number of labs certified under the Clinical Laboratory Improvement Amendments of 1988 (CLIA) that perform TDM testing. Tests performed by the labs may employ a variety of technologies, such as ELISAs, electrochemiluminescence assays, homogeneous mobility shift assays, and even tests using liquid chromatography–mass spectrometry. Several drug manufacturers have confirmed that the ELISA tests are highly comparable to the immunoassays used in the context of the drugs’ clinical trials, thereby offering physicians and test users some assurance about the reliability and utility of ELISA-based test results.17

In recent years, there has been growing evidence and positive feedback about the interchangeability of current tests for the quantification of drug levels. All available tests show good correlation with one another, and substantial agreement in the magnitude of their results, and should therefore yield similar guidance for therapeutic actions.11 Such results have been confirmed by both diagnostic laboratories and drug manufacturers. In fact, drug manufacturers have embraced the utility of pharmacokinetic measurements during both the drug development and postmarket phases, and have also promoted test comparability studies aimed at patient monitoring in a clinical setting.17

Anti-Drug Antibodies. Assays to detect and measure the presence of anti-drug antibodies (ADAs) are not nearly so highly evolved as those intended for therapeutic drug monitoring. One stumbling block to the development of such tests is the fact that there is no international standard for measuring human anti-drug antibodies. As a result, the metrics used for various tests may differ (eg, using arbitrary units versus mass units), the test results may not be readily comparable, and clinicians may need to take a more conservative approach when using the results of ADA testing to guide treatment planning.

In addition, the technologies available to measure ADAs differ in their tolerance to the presence of the biologic drugs being used to treat the patient. Drug-sensitive assays are able to detect free ADAs, which are strongly associated with lower drug levels, secondary loss of response, and adverse effects. However, such assays are able to detect ADAs only when the patient sample is virtually devoid of any detectable therapeutic drug.18

By contrast, drug-tolerant assays are able to detect free ADAs as well as ADAs complexed with the therapeutic drug in use. The results of such tests provide a measure of the total anti-drug antibodies present in a patient sample. However, the clinical utility of measuring total ADAs is questionable and has not been demonstrated. Several studies have reported that immunocomplexed ADAs are not clinically relevant in IBD.19 Using drug-tolerant assays to measure and report the level of ADAs present in a patient sample adds a higher degree of complexity to the testing. Interpretation of such ADA test reports is difficult, because clinical cutoff levels for ADAs are unknown. Moreover, knowing the proportion of complexed antibodies in a patient sample may not be clinically useful.

Although drug-tolerant assays can measure the level of ADAs in a patient sample at any point between drug administrations, even in the presence of therapeutic levels of a biologic drug, the fact is that TDM is always restricted to trough levels of the drug in use. In addition, most of the evidence for the clinical utility of TDM has been generated using drug-sensitive assays, which are only accurate for ADA testing at trough levels. Because of the complexities involved in using drug-tolerant assays for ADA testing, most users interpret ADA results in the context of the TDM assay they are employing, and use the same sampling frequency to monitor patient ADA levels as for TDM.

Where to Order the Tests. In today’s clinical laboratory marketplace, clinicians affiliated with health networks may have limited options for ordering TDM and ADA testing. Because not all hospital-based laboratories have added the tests to their menus, clinicians affiliated with a health network must often order the tests directly from standalone laboratories. Over time, however, adding these tests to a laboratory’s menu may help lower costs and expand the offering to an increasing number of patients.10,11,20

Grifols Clinical Laboratory and Immunohematology Center, San Marcos, Texas, is among a number of laboratories across the United States that offer TDM for biologic drugs (Figure 2). In practice, healthcare providers mail serum samples to the laboratory for testing. In about 5 to 7 days, the lab then generates and submits a complete report to the healthcare provider, including treatment recommendations and supporting references.21

What we can expect for TDM in the near future? With the goal of improving the management of care for IBD patients in mind, the 2017 AGA guidelines are a step in the right direction. Nevertheless, available evidence about the experience of IBD patients leaves no question about the positive association between TDM—including measurement of both trough drug levels and anti-drug antibody levels—and improved clinical outcomes. Prior to the administration of a regular infusion, measuring a patient’s serum levels of biologic drugs and ADA titers can result in a more accurate diagnosis, providing better information to guide therapeutic decisionmaking for patients who are not responding to therapy.

Figure 3. The Grifols Clinical Laboratory and Immunohematology Center, San Marcos, Texas, performs testing of patient samples for therapeutic drug levels and anti-drug immune response. Testing is offered for an expanding menu of drugs used in the treatment of inflammatory bowel disease as well as rheumatoid arthritis.

Key opinion leaders in gastroenterology believe that there are benefits to using TDM assays for both responsive and nonresponsive patients, as documented in peer-reviewed articles. Such testing makes it possible for clinicians to detect the patient’s production of ADAs early—even before clinical symptoms begin to become apparent (Figure 3). It is hoped that this method of monitoring IBD patients who are undergoing treatment with biologic and biosimilar drugs will eventually become a standard of care. 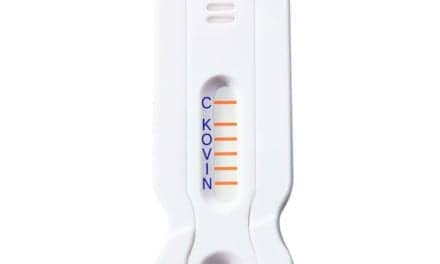 Hardy Diagnostics Introduces Test for the Detection of Carbapenemases 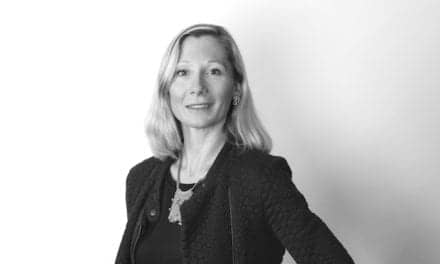 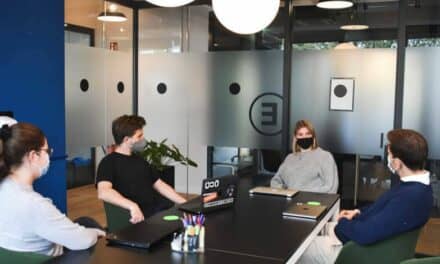 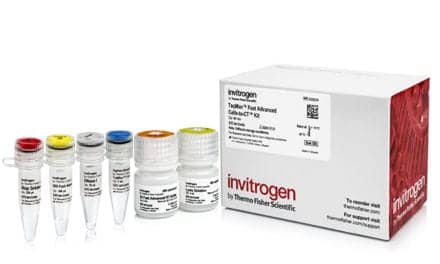