Increasing demand for medical care for an aging population is prompting rapid change in medical technology, coupled with anticipated increases in the volume of lab tests.

This may require new workforce skills to meet future laboratory needs, according to the results of the ASCP 2012 Vacancy Survey conducted by the American Society for Clnical Pathology (ASCP), which will appear in the February 2013 issue of Lab Medicine.

Overall, medical labs reported national vacancy rates of between 7% and 8% for nonsupervisory medical laboratory scientists in 2012, according to the findings. Andrea Bennett, MPH, MT(ASCP), the organization’s director of public policy, has surmised that the slight decrease in job vacancies across the laboratory professions may indicate that more employees are staying in their jobs, rather than retiring at age 65, because of the sluggish economy.

“While the findings suggest we have some vacancy rates that are falling, we also have a lot of unknowns as far as future needs for the medical laboratory workforce,” Bennett says. “With more than 30 million people who will gain insurance as a result of the health care reform law, the demand for laboratory tests will likely increase. With Baby Boomers getting older, they will need more laboratory services. So it remains to be seen how these factors will affect the need for laboratory staff in the future.”

M. Sue Zaleski, MA, HT(ASCP)SCT, who helped construct the survey, was surprised at the survey’s national and regional statistics for medical lab scientists.

The University of Iowa Hospitals is implementing several new initiatives—opening a satellite lab, implementing a new laboratory information system, and installing a replacement chemistry analyzer and post-analytical system—all of which put a strain on its existing resources, according to Zaleski.

The results of the 2012 ASCP Vacancy Survey, conducted every 2 years, provide a national snapshot of the lab workforce vacancy rate. The confidential survey is completed by supervisors of labs across the country and has served as the primary source of information for academic, government, and industry labor analysts.

“Vacancy rates in some states and regions may show a greater percentage of vacancies compared to national data,” says Edna Garcia, MPH, ASCP manager of scientific engagement and research. “Factors may include the availability of qualified laboratory professionals, the presence of accredited laboratory training programs, annual salaries, and laboratory test volumes in those areas.” Future ASCP Vacancy Surveys will include a breakdown of vacancy rates by state.

Results from past surveys show that lab medicine is a rapidly evolving field. For the 2012 survey, seven new departments—core laboratory, laboratory safety, molecular biology/diagnosis, reproductive medicine and genetics, and specimen collecting—were added to the 10 lab areas surveyed in 2010. The main goals were to address vacancy by department, anticipated vacancies within the next 6 months by lab department, rates of vacant positions left open longer than 6 months, and retirement rates in the next 24 months by laboratory department.

Even though lab professionals appear to be retiring later, there is still a significant need for more young professionals to enter the field of medical lab science.

“Everywhere in the lab, it is a very busy time, from the core laboratory to molecular diagnostics, and laboratory professionals are being asked to bring on more tests,” Zaleski says.

Among the most notable findings was the percentage of supervisory positions that have remained unfilled for more than 6 months. Blood bank departments ranked the highest in this category, with 25% vacancy rates, followed by anatomic pathology, with 9% vacancy rates.

“Blood banks tend to look for candidates with the Specialist in Blood Bank (SBB) certification,” Bennett says. “The SBB certification is difficult to obtain and those who receive it are highly qualified. That’s why SBB individuals are highly sought after for blood bank supervisory positions. I can see why that search takes longer. It’s something I have seen in the laboratories where I have worked.”

The chemistry/toxicology and immunology departments led in the category of largest overall percentage of retirements by department, at 10% each.

“We really are not going to get a clear picture of the workforce shortage until we move through this period in our economy and have a better idea of laboratory professionals’ decisions about retirement,” Bennett says of the overall findings.

ASCP has established a task force that is studying the anticipated lab workforce needs for the future and is seeking to develop strategies to address the shortage. 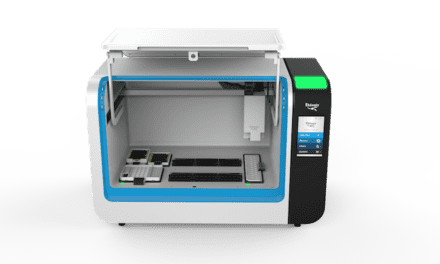