Study results demonstrate that the company’s test detects twice the number of recurrence cases as carcinoembryonic antigen (CEA) testing, a standard of care component for CRC recurrence monitoring in patients who have undergone surgery. The test measures the presence of BCAT1 and IKZF1 gene methylation, a chemical modification associated with tumor growth and invasion.

“Furthermore, the results suggest that when used in ongoing surveillance of cases in remission, a positive BCAT1/IKZF1 test has the potential to establish a new approach for earlier detection of recurrent CRC by detecting more unsuspected recurrences and triggering earlier imaging studies,” Young adds. “Additional prospective studies of the methylated BCAT1/IKZF1 test compared with CEA are ongoing.”

CRC is one of the leading causes of cancer-related deaths worldwide, accounting for more than 600,000 deaths each year. When diagnosed early, before cancer has spread, the relative 5-year survival rate for CRC is 90%, but only approximately four out of 10 CRC cases are detected early. Among individuals undergoing surgical treatment for CRC, recurrence occurs in 30% to 40% of all cases, the majority of which present in the first 2 to 3 years following initial diagnosis and treatment.

The Flinders University study compared the sensitivity and specificity of the two-gene blood test for methylated BCAT1 and IKZF1 with those of CEA in patients undergoing surveillance for recurrent CRC following induction of remission. Recurrence was assessed by clinical findings, blood testing, and periodic computed tomographic surveillance scans. A total of 357 volunteers were recruited. Recurrence status could be established for 220 subjects, of which 122 had blood samples available for analysis.

Of the 122 participants evaluated, 28 had recurrence and 94 had no clinically detectable disease. Among those with recurrent disease, 67.9% (19/28) were positive for methylated BCAT1/IKZF1 (ie, a marker was detectable) while only 32.1% (9/28) were positive for CEA (>5 ng/mL), representing a significant two-fold detection improvement with the two-gene test. Among the 94 patients without clinically detectable recurrence there was no significant difference in the percentage positive for methylated BCAT1/IKZF1 compared to CEA.

In the study population, sensitivity estimates of the methylated BCAT1/IKZF1 test were 75% and 66.7% for local and distant recurrence, respectively, compared with 50% and 29.2% for CEA. Nine patients were positive for both tests, while the two-gene test detected an additional 10 cases that CEA failed to detect in the blood samples collected closest to the time of radiologic assessment for recurrence.

“An inability to detect early molecular changes consistent with underlying tumorigenesis can result in recurrent colorectal cancer going undetected or being discovered in the later stages of disease when clinical intervention is less likely to be effective,” says Lawrence LaPointe, PhD, president and CEO of Clinical Genomics. “These data demonstrate that a blood-based ctDNA test for methylated BCAT1/IKZF1 routinely detects recurrence that CEA testing misses. We believe our two-gene test has the potential to fill an urgent and unmet clinical need, and are committed to advancing its clinical development as a new tool for improving patient outcomes.” 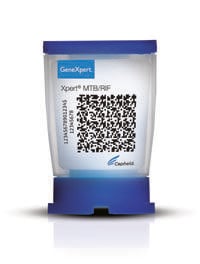