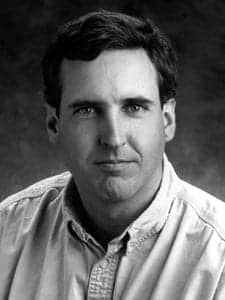 Michael D. Hogarty, MDUsing powerful gene-analysis tools, researchers have discovered mutations in two related genes, ARID1A and ARID1B, that are involved in the most aggressive form of the childhood cancer neuroblastoma. While these findings do not immediately improve clinical treatments, they identify a novel pathway that is defective in these cancers, a pathway that scientists can now study to develop potential new therapies.

“These gene alterations were not previously known to be mutated in neuroblastoma, and they may significantly advance our knowledge of the underlying biological pathways that drive this disease,” said study leader Michael D. Hogarty, MD, a pediatric oncologist at The Children’s Hospital of Philadelphia. “These two genes function in a group of genes that seems to play an important role in neural cell behavior, and we will now work to discover if this insight may open up new treatments for children with tumors having these mutations.”

Hogarty, along with Victor Velculescu, MD, PhD, of the Johns Hopkins Kimmel Cancer Center, co-led the study that appears in Nature Genetics.

The current study employed sophisticated next-generation sequencing technology that identified the entire DNA sequence for a set of neuroblastoma tumors. “When this project started, it was the first of its kind to focus on a childhood tumor,” said Hogarty. “This is important, because cataloguing all the DNA mutations in neuroblastoma, or any tumor, will allow us to better understand the enemy, and ultimately to make better treatment decisions.” Striking the peripheral nervous system, neuroblastoma usually appears as a solid tumor in the chest or abdomen of young children. It accounts for 7% of all childhood cancers, but 10 to 15% of all childhood cancer-related deaths.

In the current study, Hogarty and colleagues identified alterations in two genes, ARID1A and ARID1B, neither of which had previously been reported to be involved in neuroblastoma. Both genes are thought to affect chromatin, a combination of DNA and protein that regulates the activities of genes and ultimately controls the behavior of a cell. During normal development, neural cells switch from a primitive, rapidly dividing state (neuroblasts) into a more differentiated, or mature state (neurons).

However, said Hogarty, mutations in ARID1A and ARID1B might prevent this orderly transition, keeping the neural cells in the uncontrolled stage of growth that becomes a cancerous tumor. “Unfortunately, children with these mutations have a particularly aggressive, treatment-resistant form of neuroblastoma,” he said. The current study found that ARID1A and ARID1B mutations occur in 5 to 1% of high-risk neuroblastomas, but the pathway these genes affect may have a broader role in the disease—a possibility that Hogarty and colleagues plan to investigate further. It is possible that children having tumors with these mutations will receive more aggressive or more experimental treatments in the future. Ultimately, said Hogarty, studies of the pathway affected by these genes may lay the foundation for future targeted therapies aimed at this pathway.

[Source: The Children’s Hospital of Philadelphia]