In a recent press release, the Society for Maternal-Fetal Medicine (SMFM) offered comments on the emerging use of noninvasive prenatal testing, concluding that recent research is not yet sufficient to change current practice recommendations from SMFM or the American Congress of Obstetricians and Gynecologists (ACOG).

The review was triggered, in part, by media coverage surrounding publication of the study, “DNA Sequencing versus Standard Prenatal Aneuploidy Screening,” which appeared in the February 27 issue of the New England Journal of Medicine. The study examined the performance of the verifi prenatal test by Illumina, San Diego, a noninvasive blood test that analyzes DNA found in a pregnant woman’s blood to detect the most common fetal chromosome abnormalities. Lead author of the publication was Diana W. Bianchi, MD, executive director of the mother infant research institute at Tufts Medical Center.

For the study, which involved a relatively small number of average-risk patients, the authors compared traditional screening for aneuploidy with noninvasive prenatal testing using serum analytes. According to the SMFM commentary, the study was too small to compare detection rates, but the authors reported that the false-positive rate of noninvasive prenatal testing was lower, and therefore concluded that the test “merits serious consideration as a primary screening method for fetal autosomal aneuploidy.”

“While such a measured conclusion appears reasonable,” wrote SMFM, “the serious consideration that the authors propose requires further data, and the study by Bianchi et al. has to be viewed in the context of its many limitations.” Most importantly, said the society, the study is underpowered for the purpose of comparing detection rates, and it is generally not valid to compare false-positive rates in isolation.

Noninvasive prenatal testing uses cell-free DNA from maternal serum to screen for common fetal aneuploidies with high sensitivity and specificity. It also uses next-generation sequencing to directly measure fetal DNA in the maternal circulation, and clinical tests are now available using this technique. While there are differences in the methodologies employed by commercial laboratories, overall the reported performance is similar, with detection rates for Down syndrome above 99% and false-positive rates that are less than 1%. Such performance makes screening via noninvasive prenatal testing “an attractive alternative to traditional serum screening for aneuploidy for patients,” wrote SMFM.

SMFM currently recommends that noninvasive prenatal testing is most appropriate for high-risk patients. The five criteria used by the society to establish high-risk status include maternal age 35 years or older at delivery; sonographic findings indicating an increased risk of aneuploidy; history of a prior pregnancy with a trisomy; positive screening results for aneuploidy, including first trimester, sequential, integrated, or quadruple screen; or parental balanced Robertsonian translocation with increased risk for trisomy 13 or 21.

According to SMFM, current recommendations have been based primarily on limited evidence regarding the utility of noninvasive prenatal testing in low- or average-risk pregnant women, and validation studies that have generally been limited to high-risk populations. “Understandably,” wrote SMFM, “there is a keen interest in performing the same type of validation studies in a low-risk population.”

In its commentary, SMFM observed that the NEJM study compared only false-positive rates for trisomies 18 and 21, although all commercially available products also include testing for trisomy 13 and the sex chromosomes, which have higher false-positive rates. A high percentage of the samples for noninvasive prenatal testing were collected in the third trimester—at gestational ages when clinical aneuploidy screening is not performed and is not clinically relevant, yet when fetal DNA amounts are far higher and allow for better test performance. The authors compared noninvasive prenatal testing with standard prenatal screening with a variety of first- and second-trimester tests that have a broad range of performance characteristics. Fewer than 3% of patients had integrated screening, which is the prenatal screening method with the best performance, including the lowest false-positive rate. In addition, traditional screening can detect risk for a broad array of structural, chromosomal, and perinatal abnormalities.

“The importance of these in a low-risk population may be far greater than the impact of trisomy 18 and 21, which are relatively rare in a younger maternal cohort,” said Vincenzo Berghella, MD, president of SMFM. “It is important to note that this study included only five Down syndrome; five cases of trisomy 21 in the population of 1,909 patients represents a rate of 1 out of 381, which is substantially higher than the population risk of 1 out of 700 that would be expected in a truly ‘average’ or ‘low-risk’ cohort.

“Finally and importantly, when considering population screening, some patients who choose noninvasive prenatal testing will fail to obtain a result,” said Berghella. “While that number was just under 1% in this study, rates as high as 12% have been published, especially in overweight and obese women.”

Formalizing the society’s conclusion, the press announcement stated that “SMFM has reviewed the evidence, including this recent paper, and feels that while NIPT is a promising new technology, and this new report is important and excellent news, it is not enough to change current ACOG and SMFM recommendations. Given that just eight aneuploidies were present in the entire cohort of patients, the true test performance is difficult to determine.”

“Further evidence comparing costs, false-positive rates for all included analyses, ability to obtain a result, and overall test performance for all detectable abnormalities in larger numbers of truly average-risk patients are required to justify changing recommendations regarding population-based prenatal screening from just high-risk pregnancies, to all pregnancies,” said Berghella. “We eagerly await the results of ongoing research studies which will address these issues.”

For more information, visit the Society for Maternal-Fetal Medicine. 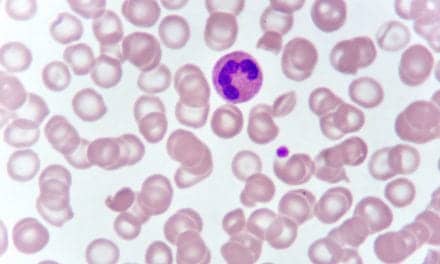 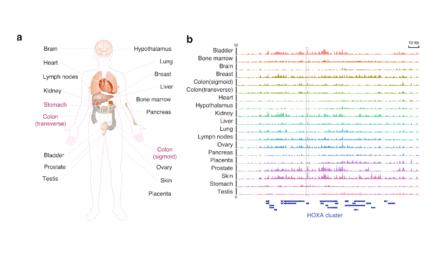