Cancer tests based on detecting DNA changes and patterns will show above average revenue growth over other forms of testing, according to health care market research publisher Kalorama Information, which recently published "The Worldwide Market for Cancer Diagnostics." According to this report, molecular testing strategies are increasingly part of the toolbox for physicians, and revenues for manufactures of molecular tests will grow 26% over the next 5 years.

At present, there are no more than 10 to 16 commercial molecular tests available, with eight CE marked tests introduced in 2008 and 2009. Commercial cancer tests are available for B and T cell gene arrangement studies for lymphoma, Bcr/abl for leukemia, HER2 for breast cancer, HPV, septin for colon cancer, EGFR mutations, and FLT3 mutations. Most labs run research use and home-brew tests that they develop to meet their physicians’ needs. Kalorama estimates that the revenues for the molecular cancer testing segment will grow 26% per year to reach $300 million in 2014. The market for these tests exists almost exclusively in North America and Europe.

"There are only a few commercialized tests available for blood-based molecular cancer diagnostics; however, more than 60 tests are in development or marketed for research use," Shara Rosen, the report’s author and key diagnostic analyst for Kalorama Information said. "Therefore, we expect future growth in this segment to exceed present results."

Cancer is believed to occur as a result of DNA changes during the many generations of cell replication that occur as a person ages. The copying process isn’t perfect, so the DNA of two different cells in the same person might have 10,000 differences. Normally those copying errors are harmless, but if enough changes, or mutations occur, a cell can turn into a cancerous tumor that takes over the body.

The development of molecular tests for the diagnosis of cancer is still far from complete. Every cancer has a unique genomic aberration pattern that is associated with distinct prognostic and therapeutic characteristics. Researchers have begun to look at next generation DNA sequencing for a deeper genetic understanding of cancer. This is expected to serve as the foundation for developing more effective ways to diagnose cancer in the future. 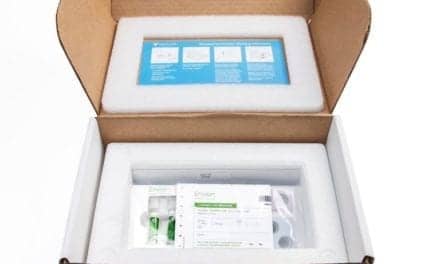