A new study by pathologists and thoracic surgeons at Memorial Sloan-Kettering Cancer Center, New York, reveals that a specific pattern found in the tumor pathology of some lung cancer patients is a strong predictor of recurrence.

Knowing this feature is present in a tumor’s pathology could be an important factor physicians use to guide cancer treatment decisions.

The study’s authors note that the findings offer the first scientific evidence that may not only help surgeons identify which patients are more likely to benefit from less radical lung-sparing surgery, but which patients will benefit from more extensive surgery, potentially reducing the risk of lung cancer recurrence by 75%. The study is published in the Journal of the National Cancer Institute.

Researchers retrospectively evaluated the clinical characteristics and pathology information of 734 patients who had surgery for early-stage adenocarcinoma—the most common subtype of non-small cell lung cancer—and found that tumors in 40% of those patients exhibited an abnormal cell pattern strongly associated with cancer recurrence after surgery. No study thus far has investigated the prognostic utility of this classification, called micropapillary (MIP) morphology, for patients with small, early-stage lung adenocarcinomas. There are presently no evidence-based criteria for choosing the most effective surgical approach for this group.

The findings suggest that limited resection may not be appropriate for patients with the MIP pattern, as they were found to have a 34% risk of the cancer returning within 5 years after lung-sparing surgery, or limited resection, in which the tumor is removed by minimally invasive means and lung function is preserved. In contrast, patients with the MIP pattern who underwent lobectomy—the standard approach in which up to a third of the lung is removed along with the tumor—had only a 12% incidence of recurrence over a 5-year period.

Only a handful of cancer centers in the country have the expertise needed to identify the MIP pattern during surgery. Patients whose tumors are later found to have the MIP pattern after lung-sparing surgery may require another excision or a full lobectomy to reduce their risk of recurrence. Researchers at Memorial Sloan-Kettering are working to develop new technology that can be used to precisely identify which tumors have the MIP pattern before or during surgery. This will not only help physicians recommend the most effective surgical approach for each patient, but will result in fewer patients requiring additional treatment.

Nearly 250,000 patients are diagnosed with non-small cell lung cancer each year in the United States. The detection of small, early-stage lung adenocarcinomas is expected to increase as a result of advances in imaging technology, the widespread use of CT screening, and professional guidelines recommending screening long-time smokers for lung cancer. The findings of the new study will have immediate implications for the management of these patients. 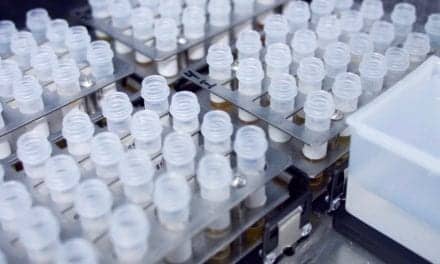