Charles C. Edwards, MD, who served as commissioner of the FDA and headed Scripps Clinic and Research Foundation (a predecessor of The Scripps Research Institute), La Jolla, Calif, died on August 7. He was 87.

"Charlie left his mark on some of the nation’s most prominent institutions, including ours," said Scripps Research President Richard A. Lerner, MD. "Throughout his remarkable career, he was a dynamic leader who was able to face difficult problems, find innovative solutions, and rally support for his causes. I extend my deep condolences to his family and many friends. We will miss him."

A Life in Medicine

The son of a country doctor, Edwards was born in Overton, Neb, on September 16, 1923, and grew up during the years of dust storms, locust infestations, and the Depression.

He began studies at Princeton University in 1941, the year Pearl Harbor was bombed. With his enrollment in the Navy’s V-12 program, he transferred to the University of Colorado, where he earned both bachelor’s and medical degrees. He went on to complete a master’s of science degree in surgery from the University of Minnesota and a surgical fellowship at the Mayo Clinic. His studies were interrupted from 1950 to 1952, when he served on the front lines of the Korean War as a physician with the Marines.

After completing his training, Edwards built a successful surgical private practice in Des Moines, Iowa. But the larger world beckoned, and he explored a career with the Central Intelligence Agency for a year (1961), before turning to management with the American Medical Association (1962 to 1967) and work at international consulting firm Booz Allen Hamilton (1967 to 69).

On the National Scene

Edwards landed in the national spotlight in 1969, when he was appointed commissioner of the FDA by President Richard Nixon.

At the time, the FDA was widely perceived to be in disarray. The FDA’s responsibilities had been growing—recently charged by Congress to regulate not just the safety of drugs, but also their efficacy—while its budget had been shrinking. The agency had come under fire from Congress, industry groups, and the up-and-coming consumer rights movement for inefficiency and vacillating on key issues.

When Edwards took over—as the fourth commissioner in 4 years—he set up a series of independent scientific advisory commissions, brought on a team of talented managers from both inside and outside the agency, reached out to both industry and consumer groups, and lobbied Congress for additional funds. The agency’s budget doubled between l970 and 1972, problems eased with open lines of communication, and the independent advisory committees became a permanent part of the FDA.

In 1973, Edwards was promoted to Assistant Secretary for Health, Department of Health Education and Welfare (HEW)—a new position the media dubbed "the nation’s top health official." Working under Secretary Caspar Weinberger, Edwards directed the "H" of the HEW, which included the FDA, National Institutes of Health, Centers for Disease Control, Mental Health Administration, and parts of Social Security. Throughout the growing Watergate scandal, President Nixon’s resignation in August 1974, and Gerald Ford’s ascension to the presidency, Edwards kept the federal government’s health programs running smoothly, continuing to make steady progress toward his goals—increasing the prevention of illness, assuring the quality of health care services, and promoting biomedical research—despite turmoil in the White House.

When Edwards resigned from the federal government to take a position at Becton Dickinson, a New Jersey-based medical device manufacturer, in 1975, he left with the Distinguished Service Award from the Department of HEW, honorary degrees from the University of the Philadelphia College of Pharmacy and Science and other institutions, and a personal letter of appreciation from President Ford lauding his "exceptional skill and dedication."

It wasn’t long before Edwards’ imagination was ignited by another challenge—leading a private San Diego institution called Scripps Clinic and Research Foundation.

When Edwards arrived as president and CEO in 1977, the Scripps Clinic and Research Foundation was a small diagnostic clinic with 45 or 50 doctors and a small research branch. His vision was to build this small operation into a large multispecialty clinic and, with the prestige of the research institute, transform it into one of the top medical providers in the country.

In the clinic, Edwards dramatically increased the number of physicians to more than 500. He oversaw the construction of new physical facilities, including additional surgical suites, an outpatient pavilion, and a new hospital wing. His team also established Scripps primary-care satellite clinics in some dozen locations around the county. Throughout his tenure, he also adapted to the vast changes in health care sweeping the nation by pioneering agreements with for-profit groups such as Hospital Corporation of America.

On the biomedical research side, the changes were equally dramatic, and the institute grew explosively, both in terms of its size and scientific reputation. One of his most influential decisions was to appoint Lerner as head of the research institute in 1986 after the retirement of the previous director, Frank Dixon.

In 1991, Edwards led a merger between Scripps Clinic and Research Foundation and Scripps Memorial Hospitals, an organization that had split from Scripps Clinic 44 years earlier. At its inception, the new, combined organization, named the Scripps Institutions of Medicine and Science with Edwards at its head, boasted 1,600 physicians and 6,200 employees, becoming the largest health care concern in the region.

While leading Scripps, Edwards maintained a role in national affairs, chairing a National Academy of Sciences committee on economic and trade issues in the pharmaceutical industry (1980 to 1983), heading a blue-ribbon Advisory Committee on the FDA (1990), and serving on the search committee for a new head of the FDA that recommended David Kessler, who led the agency from l990 to 1997.

After he retired from Scripps in 1993, Edwards was named president and CEO of the California Healthcare Institute. He retired from that position in 1995.

Even long after retirement, Edwards continued to shape a number of institutions as a member of the board, including The Scripps Research Institute, Northern Trust, Bergen Brunswig, the Scripps Institution of Oceanography, IDEC Corporation, and the YMCA.

Edwards is survived by his wife of more than 65 years, Sue Kruidenier Edwards, whom he called his "partner, friend, advisor, and bedrock of our household"; four children—Timothy K. Edwards, Charles C. Edwards Jr, Nancy Edwards Schned, and David B. Edwards; and eight grandchildren. 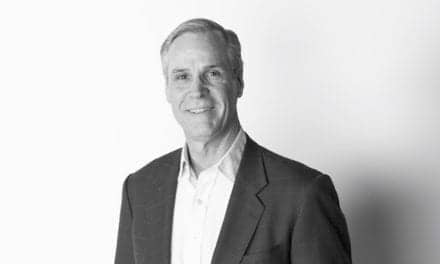