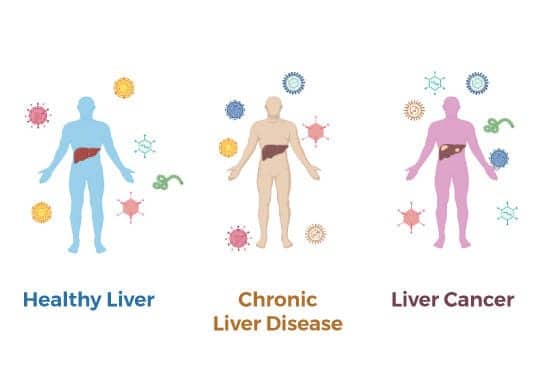 Scientists have developed a new test that can help identify people who are likely to develop hepatocellular carcinoma (HCC), the most common form of liver cancer. The approach uses a simple blood test to check for the patient’s previous exposure to certain viruses.
A study of the new approach was led by researchers at the National Cancer Institute (NCI), part of the National Institutes of Health, and it also involved researchers from the National Institute of Diabetes and Digestive and Kidney Diseases and several academic centers.1

“Together with existing screening tests, the new test could play an important role in screening people who are at risk for developing HCC. It could help doctors find and treat HCC early. The method is relatively simple and inexpensive, and it only requires a small blood sample,” says the study’s leader, Xin Wei Wang, PhD, coleader of the NCI Center for Cancer Research (CCR) liver cancer program.

Certain factors increase a person’s chances of developing HCC, such as infection with hepatitis B or hepatitis C virus or cirrhosis of the liver. People who have risk factors are recommended to get screened for HCC every 6 months with an ultrasound with or without a blood test for alpha-fetoprotein.

But not everyone with risk factors for HCC will develop the disease. Although screening can lead to earlier detection, most patients are diagnosed when the cancer is advanced and often incurable. However, HCC that is caught early has a much better chance of being cured.

“We need a better way to identify people who have the highest risk for HCC and who should get screened more frequently,” says Wang, who is also part of NCI’s translational liver cancer consortium. Better early detection and surveillance approaches are particularly important because rates of HCC are rising in the United States.

“A main focus of the NCI CCR liver cancer program is to develop new methods for early detection, diagnosis, and treatment, with the goal of improving outcomes for patients with HCC,” says Tim Greten, MD, coleader of the liver cancer program and a collaborator of the study.

Many screening tests detect features of cancer cells. But those features can change over time, and not all cancer cells in a tumor have the same characteristics. The NCI team took a different approach: detecting features of the cancer’s environment rather than cancer cells themselves.

To explore that possibility, the scientists scanned people’s blood for ‘footprints’ left behind by past viral infections. Because these footprints are left in antibodies, proteins made by the immune system, they also reflect how the immune system reacted to the infection. The mixture of footprints each person has creates a unique pattern, which the researchers called a viral exposure signature.

The signature appeared to be far more accurate than an alpha-fetoprotein test (AUC = 0.91 vs. 0.62). An AUC of 0.5 indicates that a test is no better than chance in identifying disease, whereas an AUC of 1.0 represents a test with perfect accuracy.

The scientists are continuing to study their approach and plan to test it in clinical trials. They are collaborating with Katherine McGlynn, PhD, of NCI’s Division of Cancer Epidemiology and Genetics to test the approach in a prospective surveillance study of people with risk factors for HCC.

It’s possible that viral infections—even ones that don’t cause cancer—may change the immune system in ways that influence the development of other cancers. For example, certain infections may lessen the immune system’s ability to keep cancer cells in check. NCI scientists are testing the viral exposure signature in a study of prostate cancer, and others are considering applying the approach to a screening study for ovarian, esophageal, liver, and breast cancer in Africa.

Read more from the NIH.

Featured image: The blood test looks at past viral infections and can distinguish people who are likely to develop liver cancer from those with chronic liver disease and healthy livers. Credit: Jinping Liu, PhD, University of Pennsylvania. 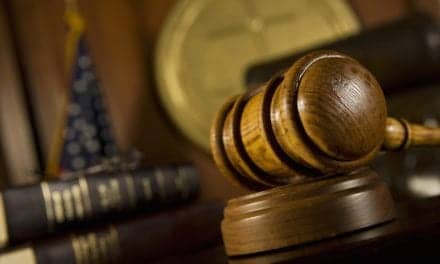 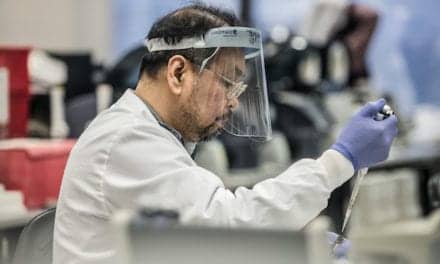 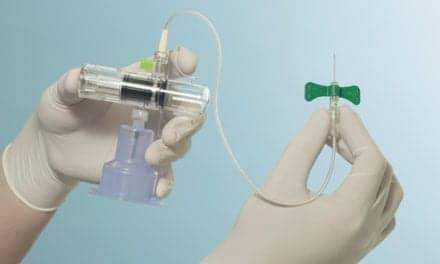