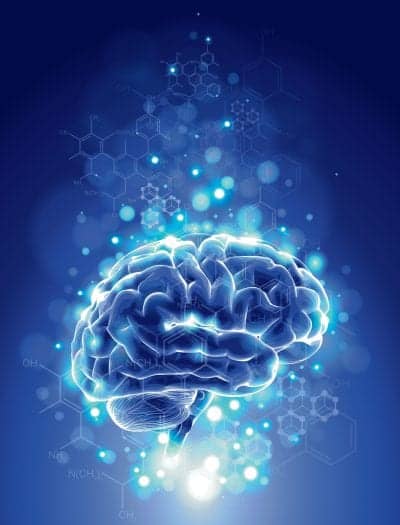 The market offers many options for drugs-of-abuse testing, but clinical laboratories can narrow them by considering which best fit their criteria.

Many people think first of workplace-associated testing when drugs-of-abuse—or DoA—testing is mentioned. These panels may be required to obtain and/or maintain employment, such as for professional airline pilots and athletes. This testing is often run through reference labs or other specialty services and is well-regulated.

“The Substance Abuse and Mental Health Services Administration (SAMHSA) publishes the Mandatory Guidelines for Federal Workplace Drug Testing Programs, which includes instructions for the specific drugs to be tested, the cutoffs for each drug, the collection protocol, required specimen validity tests required, and the confirmation process,” says Anne Becknell, director of marketing for Alere Toxicology, Alere Inc, Waltham, Mass. The Department of Transportation and the Federal Aviation Association follow these guidelines.

These factors may differ for other groups that undergo regular testing. “In the case of behavioral health or criminal justice testing, the purpose is to assess compliance,” says Michael Noeh, vice president of global marketing for the Hematology, Hemostasis, and Specialty Business Unit of Siemens Healthcare Diagnostics, Deerfield, Ill. “Therefore, identifying the use of a drug, usually at lower cutoff levels, is all that is needed, and confirmation may not be performed unless the subject chooses to contest the results. The same tests can be used in all scenarios, but different laboratory processes could be followed.”

Traditionally, many drug testing laboratories adopt and follow the standards and guidelines set forth by SAMHSA for immunoassay testing when screening for drugs of abuse, even if they are not a SAMHSA-certified lab. “In the past, urine testing has been the predominant sample of choice, allowing labs to incorporate these tests on the same chemistry analyzers already in the lab, to avoid extra costs on instrumentation,” says John Blomquist, Thermo Fisher Scientific, Clinical Diagnostics, Fremont, Calif. Patients on pain medications may also be monitored for compliance.

Thermo Scientific Oral Fluid immunoassays are easy to use, require minimal preparation, and can be run on a variety of open-channel chemistry analyzers.

“These are often chronic pain patients who have been prescribed opioids,” says Harry L. Leider, MD, MBA, FACPE, chief medical officer and senior vice president of Ameritox Ltd, Baltimore. Quantitative DoA testing can verify they are taking the prescribed amount without mixing drugs or diverting their prescriptions. Clinically, changes in a patient’s patterns of taking an opiate may be associated with changes in his or her pain, which (s)he may neglect to mention but of which the physician should be aware.

Within the clinical labs of many health care institutions, the majority of toxicology panels are related to medical screening rather than “drug” screening. “Some medical reasons for drug testing include emergency room patients exhibiting acute health problems that may be drug-related, including individuals who may exhibit such symptoms as unconsciousness, nausea, delirium, panic, paranoia, increased temperature, chest pain, respiratory failure, seizures, and/or headaches. Drug testing may also be performed on accident victims when drugs or alcohol are suspected, on pregnant women thought to be at risk for drug abuse, and patients with past drug histories,” says Ann Adcook, MT (ASCP) SC, marketing manager of Clinical Chemistry Reagents for Roche Diagnostics Corp, Indianapolis.

Medical screening focuses on determining what drugs or combination of drugs a person has taken so that the individual may obtain proper treatment. “Since doctors need to know of any substance that could be on board, they will want to use test methods with higher sensitivities and will generally use the lowest cutoff level available to detect as many drugs/metabolites as possible,” Noeh says.

Turnaround is also important in the clinical setting. “The sense of urgency is far greater in medical screening, addiction, or pain management than in employment drug screening,” says Patricia A. Shugart, BS, MT, MBA, vice president of sales and marketing for Carolina Liquid Chemistries Corp, Winston-Salem, NC. “Turnaround times can mean the difference between life and death in the medical setting. Faster turnaround times for laboratory results mean quicker time to diagnose and treat.”

Immunoassay methodologies are able to detect a wide range of drugs—often simultaneously—quickly and efficiently. Though they do not identify specific analytes, they can distinguish classes of drugs, such as amphetamines, opiates, and benzodiazepines.

“Analyzers capable of running drug screens can accommodate running any number of drugs, while the simpler immunochromato- graphic lateral flow tests have a set group of drugs on the device (cassettes, cups, dip cards, etc) and all the drugs are run.”
—Anne Becknell, director of marketing, Alere Toxicology

“Screening allows for a quick initial analysis so that the patient can be treated quickly and the testing can be carried out efficiently,” says Lohri Phelan, PhD, Beckman Coulter Inc, Brea, Calif. “If the result is positive for a particular class of drug, then a confirmatory method can be used to verify the presence of the drug. A negative screening result can also help direct the clinician to the true cause of a patient’s symptoms.”

Confirmation is typically completed using another testing method, such as gas chromatography/mass spectrometry (GC/MS) or liquid chromatography/tandem mass spectrometry (LC/MS/MS). These take longer, in part because they are typically run in a reference laboratory, but they can provide additional information that includes the specific analyte or metabolite present as well as a quantitative result.

“For example, a screening immunoassay will give a positive result for opiates, and the GC/MS or LC/MS/MS will identify each opiate that is present in the sample—eg, codeine, 6-acetaylmorphine [heroin metabolite], hydrocodone, oxycodone, etc,” Becknell says. Some companies add another step, incorporating algorithms and databases.

In legal and employment settings, confirmation testing is required; in the clinical setting, it is used when the physician does not feel the patient presentation matches the findings or needs the additional data. However, these methods are more labor-intensive and time-consuming; subsequently, immunoassays are used to screen the samples.

“Analyzers capable of running drug screens can accommodate running any number of drugs, while the simpler immunochromatographic lateral flow tests have a set group of drugs on the device (cassettes, cups, dip cards, etc), and all the drugs are run,” Becknell says.

The panels chosen by the physician vary according to the motivation behind the test. “Employment drug screening generally includes a five-panel test of street drugs, which consists of marijuana, cocaine, PCP, opiates (codeine and morphine), and amphetamines/methamphetamine, while some employers may use a larger panel of up to 10 assays that can include some prescription drugs and alcohol,” Adcook says.

“Screening allows for a quick initial analysis so that the patient can be treated quickly and the testing can be carried out efficiently … A negative screening result can also help direct the clinician to the true cause of a patient’s symptoms.”
—Lohri Phelan, PhD, with Beckman Coulter

In some circumstances, the physician may want to test for only one drug, and individual tests are possible. “If a particular drug is suspected to have been taken by the patient, a single assay is run. This would be the case for suspected oxycontin, Ecstasy, or buprenorphine abuse,” Phelan says, noting Beckman Coulter offers assays that are specific for these analytes for this reason.

The type of test to be run will determine the type of specimen required. “Historically, urine has been the most common matrix for drug testing as it is easy to collect and to analyze, and can be collected in large volumes,” Chivers says. “This is still true for clinical toxicology, rehabilitation, and, to an extent, workplace drug testing.”

Over the past decade, new options have been developed. “While most drug testing today is performed using a urine sample, oral fluid testing has recently been recommended by the Drug Testing Advisory Board (DTAB) for inclusion into the SAMHSA Mandatory Guidelines for Federal Workplace Drug Testing Program,” Becknell says. Saliva has been found to be less susceptible to adulteration and substitution than urine while also being less invasive to collect.

Time frame may also influence sample type. “What must be considered when determining the appropriate sample-collection type is the time in which the patient may have taken the drug,” Adcook says. “Drugs can be detected in oral fluid earlier than in urine, but can be detected for a longer period in urine. In general, the longest detection times are found in hair, followed by urine, sweat, oral fluid, and blood.”

Institutions should take all factors, including sample type, into consideration when deciding what types of tests to offer in the area of drugs-of-abuse testing. By selecting the technologies determined to best work for the patient population they serve, institutions can help physicians narrow their options appropriately. “With modern bar code technology and laboratory information systems, the only drugs-of-abuse testing challenge laboratories face these days is ensuring the tests they order are compatible with their laboratories’ instruments,” Noeh says.

So while there is no one way to test for drugs of abuse, institutions can determine the best ways by considering their individual motivations, models, technology capabilities, desired menus, required turnarounds, sample collection, and clinical needs.

THE MARKET FOR DRUGS-OF-ABUSE TESTING PRODUCTS

The drugs-of-abuse testing market is broad and offers many options. CLP takes a look at some of the newest offerings available today.

Alere Inc, Waltham, Mass, offers DoA testing on the Alere Triage Meter, a point-of-care fluorescence immunoassay analyzer used both in laboratories and at the point of care that provides results in roughly 15 minutes. The immunoassay results are based on the amount of fluorescent signal and are calculated from a lot-specific, multipoint calibration curve that is stored in the device.

The BioLis 24i from Carolina Liquid Chemistries Corp, Winston-Salem, NC, is a benchtop chemistry analyzer that can be set up as either a qualitative screen with a true qualitative result based on a cutoff, or as a semiquantitative preanalytical result using a multipoint calibration providing a number in ng/mL. Alcohol results represent a true number, while opiates and others require confirmation.

In June, Siemens Healthcare Diagnostics, Deerfield, Ill, announced FDA clearance of its new Emit II Plus 6-Acetylmorphine Assay. It differentiates heroin from other opioids with no cross-reactivity to structurally related substances (such as prescription medications) to ensure high reliability and rapid screening. The test is available for use on the Siemens Viva-Jr, Viva-E, and V-Twin Drug Testing Systems, as well as Beckman AU Series analyzers. The assay is the latest addition to Siemens’ comprehensive Syva Emit Drugs-of-Abuse Testing assay menu, which includes 13 analytes for the EMIT II Plus; four additional groups add another 35.

Oral Fluid immunoassays from Thermo Fisher Scientific, Fremont, Calif, are designed to be a fast and accurate way to screen thousands of samples at one time. Collected with the Oral-Eze device—which requires a simple, noninvasive mouth swab—these immunoassays are easy to use, reduce the risk of adulterated samples, require little to no preparation, and can be run on several open-channel chemistry analyzers. 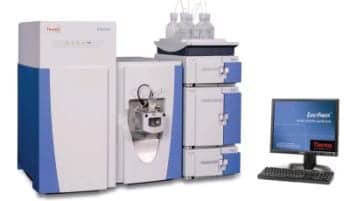