The physician office laboratory (POL) balancing act continues. Always the primary concern for any lab, quality of results has yet to proves consistency in waived-testing POLs. So while patients and physicians increasingly demand the convenience and treatment options of tests done at the point of care, physician practices have to confront both proficiency and economic challenges laid down by CLIA regulations. This includes new regulations just published for moderately complex, complex and Preferred Provider Microscopy (PPM) tests (see page 38).

POLs involved in moderately complex and complex testing tend to be larger practices.

Greater than half of the 171,000 CLIA-registered labs in the U.S. are in-office facilities, but a growing percentage limit themselves to only CLIA-waived tests. These are also the most common tests, and include cholesterol, glucose, urinalysis, hemoglobin/hematocrit and rapid strep. POLs involved in moderately complex and complex CLIA testing tend to be larger practices that do a high enough test volume to offset higher costs of non-waived testing.

A Brief History
Sheila Dunn, Ph.D., has worked with POLs for 13 years. She is President and CEO of Asheville, N.C.-based Quality America and a strong proponent of POL testing. Quality America helps manufacturers design and develop products for the POL market. In addition to helping doctors start in-house labs, her company negotiates managed care payments for POLs and assists them in CLIA compliance.

POLs operated essentially unregulated until the Clinical Laboratory Improvement Amendments of 1988 took effect in 1992. “The 1980s were the panel testing days when even the smallest practices would invest in little analyzers, and staff with minimal training could run tests that were basically foolproof,” Dr. Dunn said. Then came CLIA. “Proficiency tests, record keeping, quality controls, substantial fees and visits from inspectors … that forced many doctors to drop out of the moderate and highly complex tests,” said Dunn. “Today, only about 20 percent of doctors are doing non-waived testing.”

Though the number of waived tests has grown from a core of eight to about 30, Dunn explains, CLIA has become a test-killer for low-volume, non-waived point of care testing. Small practices that perform only one or two tests per day cannot afford to perform non-waived tests like CBCs and chemistry panels in their offices.

Medicare testing reimbursements have remained flat over the last few years, but are still somewhat lucrative, according to Dr. Dunn. For example, a typical test that costs $3.00 may reimburse at $8.00 or $9.00. Medicare reimbursement has also changed; it pays much less per test for panel testing while rewarding single test ordering. “Stagnant reimbursements mean you need a certain test volume to recoup costs,” Dr. Dunn said. “Without high volumes, spending $20,000 to $100,000 for non-waived test instruments make no sense.”

Managed care is another culprit. “PPO or HMO, one will pay for some tests and not others, some specify which outside labs must be used and how often tests can be done,” she said. Dealing with the varying requirements of so many different managed care providers also has inhibited POL testing.

Networking technology has had a positive effect on those POLs who have made a commitment to test in the office. Doctors in one facility can perform tests in a central lab then share results and information with others in their practice at other locations across the network.

Dr. Dunn said much of the diagnostics industry’s marketing for new products is directed not to doctors but to the managed care companies who specify how and where testing is performed.

On the horizon, she sees more tests qualifying for CLIA waivers — eventually including CBCs. Medicare reimbursements are likely to remain flat. And, Dr. Dunn said, more physicians will perform disease-specific testing — especially for managing chronic diseases. Dunn says that in-office testing is a way to not only provide better patient care, especially for patients with chronic conditions like diabetes and cardiovascular disease, but also a way to market a medical practice to the community. “In some states, the storefront labs down the street are taking away physicians’ testing business and doctors are recognizing that they have to do something,” she said. “Patients are driving this market. They see TV reports on the importance of regular cholesterol testing and decide that if their doctor won’t do it, they’ll go down the street.”

“Rapid tests are easy to run, patients get the results right away and, financially, they work for doctors, with insurance coverage and CPT reimbursement,” she said. “Rapid tests benefit everyone.”

“The future of the rapid testing/POL market is very exciting,” according to Bonetti. “We expect new diagnostic breakthroughs that lead to improved patient care. Physician education is an ongoing challenge.”

More Regulations Ahead?
Continuing miniaturization and ever-improving technology, Alan Cohen believes, will open the door to increased in-office testing. Cohen is editor of Physician Office Lab News, an independent newsletter targeting the POL segment. “On the whole, I see the POL market growing,” Cohen said. But an ongoing Medicare survey of waived labs could lead to new regulations that would have the effect of discouraging office labs. A pilot study of five states, Cohen said, indicated that about 50 percent of waived labs had some sort of quality problems. In response, Medicare decided to survey operations at 2 percent of waived labs across the country. The survey will continue for two more years.

“Many of these lab problems were tied to a lack of education,” said Cohen. “If things improve with more education, I think the regulators will leave waived testing alone. If not, some type of permanent regulation of waived labs is a strong possibility in the future. That would work against office testing.”

Designing new products
POLs represent a growing segment for Abbott, according to Kim Caple, director of global marketing for the Abbott Hematology Unit. She placed growth in the low single digits. “Growth is considerably slower than in the molecular diagnostics area, “ Caple said, “but it is a market we are focusing on, and for which we’re designing new diagnostic products.”

This spring, Abbott introduces the newest extension of its Cell-Dyn family of hematology analyzers. The new Cell-Dyn 1800, Caple said, is specifically targeted to the POL market. A desktop hematology analyzer, the 1800 requires very little space and can fit underneath a cabinet and flush to the wall.

Caple said the new analyzer’s reliability and quality of results are its primary selling points. Cell-Dyn 1700 analyzers — predecessor of the 1800 — have averaged less than one service call a year, Caple said. Also, Abbott has refined the analyzer’s reagents and internal design. The enhancements will enable the 1800 to provide POLs with more first-pass reportable results. The new analyzer is an ideal choice for labs performing 25 or fewer CBCs a day, said Caple. Asked why many POLs continue to concentrate on waived tests rather than regulated moderately complex and highly complex diagnostics, Caple said physicians may not have the personnel required by the regulation to perform the higher complexity tests.

Physician education is one of the things diagnostics manufacturers have to do a better job of, said Caple. “We have to understand when it is proper to call on a physician and when it is not. We can’t take their time telling them something they already know. In the case of molecular diagnostics, Abbott representatives call directly on physicians and provide the technical and clinical insights they want.”

Abbott, she said, is also emphasizing E-education — programs available to physicians and lab staff over the Internet — to increase the awareness of clinical applications. “Our approach to education is really multi-media,” Caple said.

Patients Are Driving Growth
Joseph Cholko works with the marketing department at Quidel, which develops, manufactures and markets point-of-care rapid diagnostic tests both for healthcare professionals and consumers.

Growth of physicians office labs is driven in large measure by patients, according to Cholko. “The modern patient trusts the tests done in the office,” he said. “They and the physician want the results right away so that treatment can begin immediately. Physicians also feel that with in-office testing they can more closely control the progress of the patient and the treatment regimen, while benefiting from the reimbursement that may be lost through outside testing.” More and more, he said, groups of three, five or seven or more doctors within a specialty are pooling resources, getting the chemistry analyzers, the hematology analyzers, the staff and meeting the necessary CLIA requirements. It can improve patient care while generating more revenue for the medical group, Cholko said.

What about doctor awareness of new diagnostics? Are physicians too quick to respond to an abnormal Pap smear with a cone biopsy rather than ordering a less invasive (and costly) human papillomavirus (HPV) test? Wider use of the “free” PSA test for prostate-specific antigens, sources estimate, could reduce surgical biopsies by hundreds of thousands annually.

Why do physicians still depend on CKMB biomarkers when cardiac troponin assays are the acknowledged gold standard for detecting myocardial infarctions?

Today’s physicians are more aware than ever of emerging diagnostics and technologies they can use to improve patient care, according to Cholko. “They want to know what’s new. Doctors are curious and Internet savvy. We have found that many are on-line daily in search of information. They go to the manufacturers’ website and monitor advances,” he said.

“We have 60 SmartLabs around the country already,” Florence said. “Half are what I call rescue labs — labs set up to take over from doctor-run labs that didn’t work out. All a doctor provides is the blood; the med tech does the rest.” Physicians also perform billing. SmartLab techs perform waived tests as well as moderately complex and complex tests related to cardiac, thyroid, cancer, therapeutic drug levels, hepatitis and allergies, Florence said.

CLIA changes for nonwaived labs
On January 24, 2003, final rules were published that include changes to CLIA applicable to moderately complex, complex, and PPM labs. Certain updates simply spell out rules that were previously implied, such as a requirement that regulated analytes not evaluated by a PT program must be evaluated for accuracy by the lab.

Likewise, the previous requirement to “follow manufacturer’s instructions” covered a wide range of rules that are now specified with regard to test systems, equipment, instruments, reagents, materials and supplies. Other rules have been expanded to include moderate as well as high complexity tests under their umbrella. Following are highlights of new rules. Reagents, solutions, culture media, control and calibration materials must be labeled (by manufacturer or lab) for identification, storage requirements and expiration. Labs must place new expiration on items whose shelf life changes upon opening. Individual lab assessment results should be comparable to manufacturer claims for a test system or instrument. If manufacturer’s reference range is used, it must be appropriate for individual lab’s patient population. A Lab must have a system to identify and assess patient results that appear inconsistent with age, sex, clinical data or diagnosis, distribution of patient test results or other test parameters.

Calibration and calibration verification requirements have expanded for moderate complexity tests, including new calibration with reagent change, equipment maintenance or out of range control performance.

Calibration material used as a control must be from a different lot number than that used to establish cut-off values or calibrate the test system. Each batch of reagents, disks, stains, antisera and identification systems must be checked for positive and negative reactivity and sterility if applicable. Labs can set their own testing procedures for control materials with documentation approved by CMS. Procedures manual must outline steps to take if test system becomes inoperable. Labs that cease operations must make provisions to retain and make available records and specimens such as slide and tissue blocks as if the laboratory were still in operation.

A complete list of these changes is available from the American College of Physicians-American Society of Internal Medicine, online at http://www.acponline.org/mle/clin_lab.htm 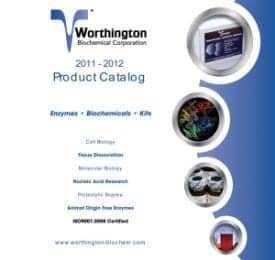