Quest Diagnostics, Madison, NJ, which provides diagnostic testing, information, and services, announced the availability of a new laboratory test that identifies molecular changes to cervical cells that increase the likelihood a woman may develop cervical cancer. The test is designed to help physicians identify women who are at increased risk of developing malignancy, unless treated, after receiving unclear results for cervical cancer risk from standard screening tests.

The Quest Diagnostics Cervical Cancer TERC test is based on the human telomerase RNA component (TERC) gene marker under a nonexclusive patent license from the National Institutes of Health (NIH). Research by NIH has shown that the TERC gene is amplified, indicated by an abnormal number of copies of the gene on chromosome arm 3q, in the precursor cells of cervical cancer and therefore may be useful for risk stratification in Papanicolaou (Pap) screening.

The new test is designed as an adjunct to conventional Pap and HPV tests, and is performed on residual samples from Pap tests. It detects abnormal changes to the TERC gene and chromosome 3 to provide a risk assessment of progression to cervical cancer in women who receive indeterminate Pap and/or HPV test results. TERC results help categorize risk in abnormal Pap tests prior to colposcopy, a procedure to visually inspect cellular changes. Women with the highest risk result may benefit from additional cervical biopsies at colposcopy and more aggressive monitoring and treatment, while women with low-risk TERC and HPV results may be less likely to undergo unnecessary follow-up colposcopy and other procedures.

The new test may be particularly helpful in evaluating women whose Pap test shows mild cellular abnormalities known as low-grade squamous intraepithelial lesions (LSIL). Up to 1.5 million women in the United States receive an LSIL result each year. LSIL diagnosis and treatment is associated with higher patient anxiety, morbidity and cost, although many cases never progress to cancer.

“Given that medical guidelines now advise less frequent cervical cancer screening for women, it is more important than ever that testing for this cancer be highly reliable,” said Daniel M. Jones, MD, PhD, medical director, cancer diagnostics services, Quest Diagnostics. “Testing for abnormalities of the TERC gene is based on the most advanced scientific knowledge available of the molecular changes that turn cervical dysplasia into malignancy. It can potentially act like a ‘second opinion’ for the thousands of women whose Pap and HPV test results produce an indeterminate picture of cancer risk each year.” 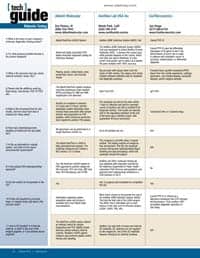 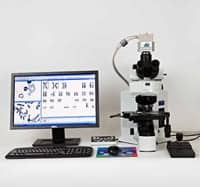