HemoCue AB, a subsidiary of Quest Diagnostics Inc, announces that it has signed an agreement with MEC Dynamics Corp (MEC) for the exclusive distribution of the Avie(TM) A1c point-of-care test in the US and Europe.

The test will provide physicians with a Hemoglobin A1c (HbA1c) result in about three minutes, helping them to provide direct patient feedback and make informed decisions at the point of care regarding their patient’s diabetes treatment plan. The terms of the agreement were not disclosed.

In the United States, 23.6 million people or 8 percent of the population had diabetes in 2007, according to the American Diabetes Association (ADA). Prevalence in Europe is similar to the U.S. In 2003, 7.8% of Europe’s population had diabetes, and the International Diabetes Federation (IDF) expects that number to increase to 10.9% by 2025. Diabetes is characterized by glucose intolerance and hyperglycemia. The latter represents a high level of glucose in the blood, which, if not properly monitored and managed, can lead to serious complications such as renal and cardiovascular disease.

"With a point-of-care test such as Avie A1c, a physician treating a diabetic patient will be able to test the patient during an office visit, without prior patient fasting, and determine if the patient’s HbA1c number exceeds recommended levels," according to Jon R. Cohen, M.D., Quest Diagnostics Senior Vice President and Chief Medical Officer. "Having quality values at the point of care creates an opportunity for a physician to ask questions, discuss patient lifestyle, review medication history, and adjust treatment course as appropriate."

With the addition of the Avie A1c test, HemoCue will be able to offer a more complete suite of point-of-care tests for efficient diabetes management. Physicians can test for and diagnose the disease using the HemoCue Glucose 201 systems. They monitor for diabetes-related complications with the HemoCue Albumin 201 test for microalbuminuria, a kidney and cardiovascular disease risk marker. The Avie A1c helps physicians track a diabetic patient’s glycemic control over the prior six to twelve week period.

"The fundamental concept behind the HemoCue line of products is to provide physicians with laboratory-quality results at the point of care," said Niels Christiansen, HemoCue AB Managing Director. "We have added the Avie A1c test to our diabetes point-of-care testing portfolio because it will provide physicians treating diabetic patients with quality HbA1c results they can rely on when they need them."

According to the ADA, physicians should perform HbA1c testing for patients with diabetes at least twice each year, more frequently if medication or diabetes treatment changes have been made, or if the patient is not meeting blood glucose goals. The ADA recommends that people with diabetes maintain hemoglobin A1c levels below seven percent. According to the National Diabetes Information Clearinghouse, studies have found that, in general, every percentage point drop in HbA1c levels reduces a patient’s risk of eye, kidney, or nerve related complications by 40 percent.

The Quest Diagnostics Health Trends Report on Diabetes, issued in 2007, found that in patients with Type 2 diabetes, overall mean HbA1c values declined from 7.6% in 2001 to 7.3% in 2003. The rate of decline slowed significantly thereafter, stabilizing at 7.2 percent in 2006 — a five-percent drop over five years. The report is based on findings from 22.7 million de-identified HbA1c tests, a key indicator of diabetes control, performed by Quest Diagnostics between 2001 and 2006 on 4.8 million patients who saw a healthcare professional and were classified as having diabetes.

The Avie A1c test requires no sample preparation or patient fasting, can be performed using capillary or venous specimen, and provides a percentage as well as the calculated average glucose concentration. The instrument can be connected to an ancillary printer, and can be supported by customizable data management software. The test has FDA 510(k) clearance and has been granted an FDA CLIA waiver, which allows non-laboratory trained physicians and other health care professionals in any health care facility with a CLIA Certificate of Waiver in the US to use the Avie A1c. The test is also certified for accuracy by the National Glycohemoglobin Standardization Program. HemoCue expects to begin distribution of the Avie A1c in Fall 2009. 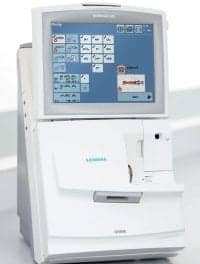 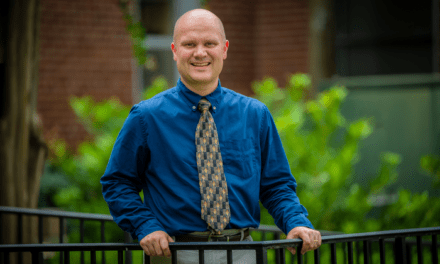