A study published online ahead of print in the June 2011 edition of Obstetrics & Gynecology has demonstrated that American College of Obstetrics and Gynecology (ACOG) guidelines for determining the likelihood that an ovarian mass is cancerous prior to surgery would accurately identify more women with ovarian cancer if the OVA1 blood test were used in place of the currently recommended CA 125 blood test.

The study builds on prior research that shows accurate assessment of an ovarian mass for cancer prior to surgery can affect treatment decisions and health outcomes for women with ovarian cancer.

OVA1 is the first test cleared by the FDA for aiding in the presurgical evaluation of a woman’s ovarian mass for cancer, according to Vermillion Inc, Austin, Tex, the molecular diagnostics company that developed the test. Vermillion and Quest Diagnostics Inc, Madison, NJ, offers OVA1 testing services in the United States and India. Quest Diagnostics and Vermillion both participated in the study and Vermillion also helped fund the study.  Neither company had any involvement in the development of the manuscript.

Clinical practice guidelines recommend that women with ovarian cancer be under the care of a gynecologic oncologist, although only an estimated one-third of initial surgeries for ovarian cancer are performed by these specialists. ACOG guidelines for the management of ovarian masses recommend that physicians evaluate several factors, including menopausal status, imaging findings, family history, and CA 125 blood test levels, to divide women into low- and high-risk categories on which treatment plans, including surgical referral, are based.

The study evaluated the performance of the ACOG guidelines using the CA 125 test versus the OVA1 test in 516 women scheduled for surgery for an ovarian mass across a diverse group of primary and specialty care centers. When OVA1 was used in place of CA 125 as recommend in the guidelines, 94% of malignancies in women of all ages in the study were accurately detected compared to 77% with CA 125. In addition, OVA1 improved sensitivity in premenopausal women, accurately detecting 91% of women with ovarian cancer in fewer than 58% with CA 125.

"The high sensitivity in premenopausal women and early stage cancers is where CA 125 and the College guidelines have underperformed," wrote investigator Rachel Ware Miller, MD, assistant professor gynecologic oncology at the University of Kentucky’s Markey Cancer Center, in the study. "Identifying these patients for referral is valuable because many are not receiving appropriate surgical staging and treatment. An effective preoperative test, particularly for younger women and early-stage cancers, can have a favorable effect on women’s health as survival is better in these populations."

OVA1 when used with the College guidelines was also effective at detecting advanced disease, when surgery and chemotherapy can "improve overall survival," Miller wrote.

The study also showed that the OVA1 test was about two times more likely to incorrectly identify women as high risk for ovarian cancer when they were not (a "false positive") than the CA-125 test overall. However, as OVA1 is only indicated for women for whom surgery is already planned, a higher rate of false positives would increase the possibility that a woman’s surgery is performed by a gynecologic oncologist rather than a gynecologist or other nonspecialist.

The study follows the March 2011 publication in Obstetrics & Gynecology, the official publication of ACOG, of an updated committee opinion, "The Role Of The Obstetrician-Gynecologist In The Early Detection Of Epithelial Ovarian Cancer," by ACOG and Society of Gynecologic Oncologists (SGO) that cited the FDA clearance of OVA1 (in 2009) and indicated that OVA1 "appears to improve the predictability of ovarian cancer in women with pelvic masses" and "may be useful for evaluating women with a pelvic mass."

"Prior to OVA1’s clearance by the FDA, the only lab test physicians could use to assess the likelihood that an ovarian mass was malignant prior to surgery was CA 125, even though CA 125 is not indicated for this use and its performance is variable," said Eric T. Fung, MD, PhD, chief science officer, Vermillion. "These data should give physicians more confidence to refer women whose OVA1 test result indicates a high likelihood of cancer to a gynecologic oncologist for surgery."

Ovarian cancer is the leading cause of death from gynecologic cancers in the United States and the fifth-leading cause of cancer deaths in women. Ovarian masses affect an estimated one million women and lead to as many 300,000 ovarian mass surgeries in the United States each year, according to an analysis by third parties on behalf of Quest Diagnostics.

The study is titled "Performance of the American College of Obstetricians and Gynecologists’ Ovarian Tumor Referral Guidelines With a Multivariate Index Assay" (doi: 10.1097/AOG.0b013e31821b1d80). 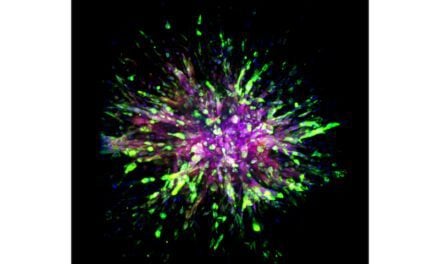