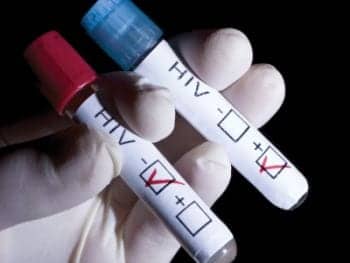 In July 2010, the Centers for Disease Control and Prevention (CDC) estimated that one in five people in the United States with HIV do not know they are infected. The rate of HIV contraction is relatively stable but high, with about 56,300 new HIV infections in the United States each year. Most infections occur immediately after contracting the virus because this is the time, biologically, that the virus is most infectious. This is very dangerous in terms of spreading the disease, as most infected individuals do not know they are infected until long after they contract the virus.

The ARCHITECT HIV Ag/Ab Combo assay from Abbott Diagnostics, Abbott Park, Ill, detects the presence of HIV up to 20 days earlier than antibody-only tests, allowing patients to be diagnosed earlier than ever before. It is the first test approved in the United States that can simultaneously detect both HIV antigens and antibodies. Approved by the FDA in June 2010 and launched in September 2010, the test is already used by a significant number of hospitals and laboratories nationwide.

“We just celebrated the 25th anniversary of the first HIV screening test in 1985. Since that time, we’ve introduced a number of generations of HIV tests; this combo test is the fourth generation of HIV testing,” said Don Braakman, senior director of Diagnostics Public Affairs for Abbott Laboratories, Abbott Park, Ill.

Studies conducted by the CDC show that current antibody-only tests miss 10.5% of HIV infections in some high-risk populations because they do not detect antigens. However, the ARCHITECT Ag/Ab Combo assay detects the HIV p24 antigen, or the direct presence of HIV, allowing for the diagnosis of early infections days before antibodies emerge. This is critical in controlling the spread of infections. The assay is designed to have an analytical sensitivity of < 50 pg/mL for HIV-1 p24 antigen, and, according to a study included in the package’s insert, it has a 99.77% specificity in the low-risk population.

The test is run on Abbott’s ARCHITECT system, which is a highly automated family of diagnostic testing instruments currently used in approximately 1,000 labs nationwide, and uses chemoluminescent microparticle technology for simultaneous qualitative testing in adult and pediatric serum or plasma. It is not a screening assay; rather, it is intended as a diagnostic tool. It does not take a measurement of the virus in the bloodstream, as is common in antibody-only technologies. Instead, this qualitative test detects the HIV antigen. 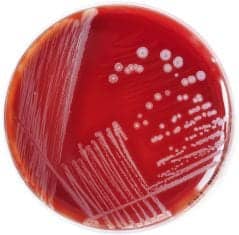 Chlamydia trachomatis (CT) is the most common sexually transmitted disease, and the CDC estimates that more than 700,000 persons in the United States contract new Neisseria gonorrhoeae (NG) infections each year, with only about half of these reported.

Roche Diagnostics in the United Kingdom currently offers a new test for CT/NG, which is still in development and not yet available for diagnostic use in the United States. The cobas® 4800 CT/NG Test is a nucleic acid amplification test that offers fully automated sample preparation combined with real-time PCR technology for amplification and detection. The detection occurs in separate fluorescent signals for CT, NG, and Internal Control.

The system is able to run up to 96 samples (four specimens plus two controls) with any combination of swab and urine specimens in the same run. The utilization of dual plasmids for internal controls ensures that each target has sufficient inhibition control in the presence of high competing target values.

Processing up to 384 CT and NG tests in 8 hours, the cobas 4800 system offers higher throughput than the cobase Amplicor® analyzer and accepts multiple specimen types, including endocervical swabs, clinician and clinician-instructed self-collected vaginal swabs, male and female urines, and cervical brush collected in PreservCyt solutions. The cobas 4800 is designed to improve lab workflow and speed information to the physician.

Qiagen is planning to offer CT and NG tests for the QIAensemble Hybrid Capture 2 family of automated instruments, and discussions with the FDA are currently ongoing.

Herpes simplex virus (HSV) infection is among the most common STDs in the world. In March 2010 the CDC reported that 16.2% of the US population—one in six individuals—are infected with HSV-2, and about 57% of the population are infected with HSV-1. Additionally, as sexual practices change so does the manifestation of disease. Physicians have recently seen an increase in HSV-1 on the genitals, where historically it was expressed on the mouth, so the importance of typing with a reliable test is growing. The increasing availability of effective antivirals and suppressive therapies makes typing all the more important to identify appropriate treatment.

BD has developed an automated amplified HSV 1/2 Combo assay, which is expected to be commercially available by the second quarter of 2011.

The forthcoming BD HSV 1/2 Combo assay is based on real-time strand-displacement amplification. Specimen extraction and real-time isothermal amplification are fully automated. The process occurs in a closed instrument system, which limits the potential for contamination.

“We saw that cultures missed up to 25% of true positives. In addition, many clinicians and laboratories don’t type for HSV-1 and HSV-2,” Geimer said. The BD assay will be available for use with the BD Viper™ System with XTR™ technology, which uses strand-displacement amplification with isothermal amplification in a fully automated system.

This assay will allow laboratories to put HSV-1, HSV-2, CT, and NG on the single automated run. It will also improve the time to results. Culture tests, which comprise the primary existing method on the market today, generally take 2 to 10 days for results. The automated HSV test from BD will read up to 96 positive or negative results in real time in about 2 1/2 hours.

According to the CDC, bacterial vaginosis (BV) affects about 30% of women ages 14 to 49—an estimated 21 million cases per year—and many do not know they are infected. SureSwabTM, Madison, NJ-based Quest Diagnostics’ latest entry to STD testing, is designed to help physicians detect 10 pathogens that cause BV infection using a single specimen.

Even when it is symptomatic, physicians have few options for diagnosis, generally relying on the unsensitive wet mount or culture tests. The SureSwab Vaginosis/Vaginitis Plus panel, recently marketed by Quest, offers a molecular test to diagnose T. vaginalis. This will be the first FDA-approved molecular Trichomonas test on the market. Currently, women are not tested for Trichomonas during annual exams because the test is not FDA approved; this may change once the test is approved. Because the symptoms are often so similar to other STDs, the panel includes tests for C. trachomatis, N. gonorrhoeae, and T. vaginalis, as well as tests for BV and Candida spp.

The importance of BV diagnosis is illustrated by the fact that BV increases susceptibility to other STDs and can cause premature or low-birth-weight babies. BV is caused not by a single organism but rather by an imbalance in the vaginal flora. The SureSwab assay is a quantitative assay that looks at the quantity of organisms that have a predictive value for vaginosis. The test does not examine the presence of particular organisms but rather reveals the quantitative relationship among bacteria. This signifies the next generation in BV testing technologies that can look at the entire breadth of organisms in a vagina ecopopulation. SureSwab offers results for BV, Trichomonas, yeast, CT, and NG from the same sample. The swab uses a molecular transport medium from Gen-Probe Inc, San Diego, that employs the same technology for CT/NG as for Trichomonas.

The Journal of the American Medical Association reports that 80% of women by the age of 50 will have been exposed to some form of HPV. However, two good pieces of news go along with this rather shocking statistic. One is that most women will never know they have HPV and will not require treatment because their body’s immune system clears the virus. Second, among the 40 strains of this virus, only three are attributed to cervical cancers, with type 16 and 18 attributable to the vast majority of cervical cancers.

Genotype testing for HPV is rapidly becoming available. The FDA approved two HPV tests by Hologic, Bedford, Mass, in May 2009. Cervista HPV HR is designed to detect the 14 high-risk types of HPV known to cause cervical cancer, and Cervista HPV 16/18 is the first and thus far only HPV test approved for genotyping for HPV types 16 and 18, known to be associated with approximately 70% of all cervical cancers in the United States.

Genotyping allows physicians to know which strain of HPV their patients have, and allows them to better stratify the risk of developing cancer. In addition to the immediate clinical demand for 16 and 18 genotyping, there is a lot of academic interest in the area.

“There is a high opportunity for doctor and user education with genotype testing,” said Robert Serrano, marketing manager, molecular diagnostics, at QIAGEN Inc, Germantown, Md. QIAGEN expects to offer a HPV genotype test through its QiaEnsemble family of instruments in the near future, and also currently offers a unique service through its clinical sales force, partnering with laboratories to help offer standard-of-care testing while simultaneously facilitating business growth for the lab.

Preliminary results of a recent study (presented March 2010) including more than 5,000 women revealed that the Cervista HPV HR test showed a sensitivity of 90.7% and a specificity of 90.2%, which is slightly lower than the hybrid capture 2 test, in which sensitivity and specificity were 94.7% and 87.9%, respectively. However, a study in the American Journal of Clinical Pathology (August 2010) reported that Cervista may display excessive positive results, up to four times more positive results than other tests on the market, such as QIAGEN’s Hybrid Capture 2 test, which may pose “potential dangers of mistaking excellent analytic sensitivity and even clinical sensitivity for good clinical performance.”

In December 2009 the American College of Obstetricians and Gynecologists changed the Level A recommendation to recommend HPV/PAP co-testing. Now physicians receive results of HPV and cytology tests at the same time, ensuring both greater sensitivity and specificity. The HPV test has superior sensitivity, as it can pick up more cases of disease than the PAP test can, while the PAP test’s specificity is greater, ensuring higher accuracy of positive results.

Specificity of the cytology test is generally around 80%, and traditionally physicians have been able to get that number into the 90s by performing a PAP test each year. With co-testing, the guidelines state that a woman with negative results for both the PAP and HPV test may not have to repeat the test for 3 years, depending on the physician’s judgment.

Three-year intervals between tests would not be possible unless physicians have confidence in test results, and the co-test greatly improves sensitivity of results. “Physicians are becoming more confident in spacing tests out because the combo has a higher negative predictive value,” Serrano said.

Co-testing of PAP and HPV tests can be done with the same sample, or with co-collection from two cervical samples. Co-testing provides a significant advantage to labs, as it keeps costs down by eliminating some steps to results as well as the need for reflex testing upon positive results of the PAP test.

To keep up with developments in STD testing, visit this site often.

QIAGEN is currently in discussions with the FDA to launch trials for an improved family of instruments, the QIAensemble, which will reduce time to results by 90 minutes and decrease the volume of input sample needed from 4 mL to 1.5 mL. The QIAensemble consists of the QIAensemble SP, a liquid-based cytology (LBC) system, and the analytical platform, QIAensemble 2000. Some components of the system will be available on the market before others, but the system has not yet undergone FDA testing.

Sara Ball is a contributing writer for CLP. 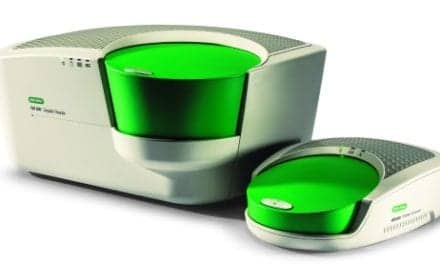 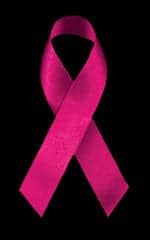