Scientists are a step closer to understanding hereditary breast and ovarian cancer
Reporting in an article in the September 13, 2002 issue of Science, structural biologists at Memorial Sloan-Kettering Cancer Center (MSKCC) describe the function of the protein BRCA2, which can provide key information on the development of hereditary breast and ovarian cancers (see CLP News Digest, September 2002). The BRCA2 protein was already known to be a tumor suppressor, but exactly how the protein protected against the development of cancer was not understood. Now scientists have been able to map out the structure of the protein, showing that it interacts directly with DNA and helps to repair genetic damage. An inability to correct genetic damage leads to unstable chromosomes and often to cancer.

“If BRCA2 is altered or missing, it leads to a dangerous accumulation of genetic errors,” said the study’s senior author Nikola P. Pavletich, Ph.D., head of MSKCC’s Laboratory of Structural Biology of Oncogenes and Tumor Suppressors and an investigator in the Howard Hughes Medical Institute. “By studying the normal function of BRCA2, we can understand how changes in the protein contribute to the development of cancer.”

Researchers showed that BRCA2 participates in the repair of “double-strand” breaks. These breaks are a particularly lethal type of damage because if both strands of the DNA double helix break at the same time, cells can permanently lose genetic information. The structure revealed that BRCA2 binds the broken strands and enables the recovery of lost information through a process called homologous recombination in which the missing DNA is copied from another part of the cell.

“We are now a step closer to understanding this particular type of inherited breast and ovarian cancers,” Dr. Pavletich said.

Roche Accu-Chek Inform blood glucose monitors may display inaccurate results
Roche Diagnostics of Indianapolis, Ind. has issued a recall of any Accu-Chek inform blood glucose monitor that has displayed the temperature icon while performing a patient or quality-control test at any time during the life of the meter. These units may display inaccurate patient results.

Labs should verify that they have received the August 2, 2002, site visit and Urgent Product Removal letter from Roche Diagnostics, and identify and isolate any affected product in their inventory. If any erratic results are observed when using the above systems, contact Accu-Chek Customer Care by telephone at (800) 440-3638. If the temperature icon appears at any time while performing a patient or quality-control test, do not use the results; instead, immediately discontinue use of the meter and contact Accu-Chek Customer Care at the above telephone number.

If a temperature icon is not currently displayed, there is a process to determine if the temperature icon has ever appeared while using your data management system. A Roche representative will revisit your facility in the near future to assist with this procedure.

Kidney transplants are now available to people living with HIV
In a multi-center five-year clinical trial, HIV-positive patients may now be eligible for kidney transplants. The study is funded by the National Institutes of Health, and is being conducted jointly by the Institute of Human Virology and the University of Maryland Medical Center.

“Until recently, people with HIV infection have not been considered as eligible candidates for this procedure due to concerns that the immune system suppression required for organ transplantation might worsen the patient’s HIV infection and, potentially, be fatal,” said Dr. Robert Redfield, director of the Clinical Care & Research Division of the Institute of Human Virology (IHV) in Baltimore, Md. “With the advent of combination therapies, however, HIV-infected patients are living healthier and longer lives. A growing number, in fact, are dying from consequences of end stage kidney and liver disease rather than AIDS-related infections and tumors. Due to the therapeutic advances in treatment of HIV infection, these same patients may now be better candidates for a kidney transplant,” Dr. Redfield added.

Beauty is found in small and unlikely places
The winning image of the 28th Annual Nikon International Small World Competition, an eclectic combination of reds, blues and greens, looks more like something you would see hanging in an art gallery than an image used in laboratory research. The section of a rat cerebellum, taken by Mr. Thomas Deerinck of La Jolla, California, uses fluorescent dyes to create a striking image that leaps off the page and emphasizes the beauty in the scientific world.

Mr. Deerinck’s winning image was derived from ongoing work at the National Center for Microscopy and Imaging Research at the University of California, San Diego to develop methods and technologies for large-scale high-resolution brain mapping using a variety of imaging techniques. His work will provide scientists with information used in researching causes and potential cures for a wide range of illnesses such as Alzheimer’s and Parkinson’s disease. “It is an honor to be chosen as first place in the Small World Competition,” said Mr. Deerinck. “Photomicrography is an extremely important part of scientific research, and this competition helps stress the significance of these images by exposing them to a broader audience.”

Celebrating its 28th year, the annual Nikon International Small World Competition was founded in 1975 to recognize excellence in photography through the microscope. The competition’s reputation has grown throughout the years and it is regarded as the leading forum for recognizing the art, proficiency and photographic excellence involved in photomicrography.

The contest has displayed a number of remarkable images covering a wide range of biological, chemical and material substances. More than 800 images from around the world were submitted to this year’s competition, which were evaluated by an independent four-person judging panel. Winners were selected based on originality, informational content, technical proficiency, and visual impact. “The ability to submit digitally has opened up the door for more entries from a broad new family of entrants from all over the world who are utilizing digital photomicrography,” said Lee Shuett, Executive Vice President of Nikon Instruments, Inc.

Twenty images were chosen for this year’s Small World Photomicrography exhibit, and were unveiled at New York City’s Campbell Apartment in Grand Central Station. The top three images include Mr. Deerinck’s image; a photo of polyethelene in a state of deformation, taken by Zdenka Jenikova of the Czech Republic; and a marine diatom, taken by Wim Van Egmond of the Netherlands. These images will tour the United States and Canada throughout 2003 in a traveling exhibit. Mr. Deerinck will receive a selection of Nikon products and equipment, and a trip, a combined worth of $5,000.

Contest details for the 2003 competition can be found at www.microscopyu.com/smallworld/. 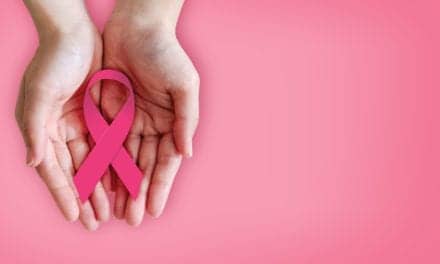