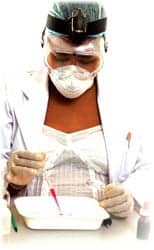 In recent years, new technologies have been coupled with generous public and private funding to make early detection of cancer a possibility for a growing number of patients. Because of the devastation associated with cancer and the dramatic decreases in morbidity and mortality associated with early treatment, there has been an ongoing push to develop diagnostic tests of high specificity and sensitivity that can detect cancer in its earliest stages. This research effort continues to yield better detection methods for a broader range of cancer cells at lower concentrations.

Several new products for cancer diagnosis have been introduced during the past few months.

Mesomark
Fujirebio Diagnostics Inc, Malvern, Pa, has received approval for this assay from the FDA for humanitarian use. This makes it available for use, with the approval of an independent institutional review board, in patients with epithelioid and biphasic malignant mesothelioma. In these cases, the physician who orders the Mesomark test must comply with FDA ordering regulations by completing a short questionnaire for certification.

The test, which uses a blood sample, can then be used to monitor mesothelioma by detecting the level of soluble mesothelin-related proteins. These molecular markers are identified using a manual ELISA. This represents a significant advance over the highly invasive diagnostic methods otherwise needed for mesothelioma, which is often associated with asbestos exposure.

NMP22 Test Kit
The first ELISA for bladder cancer is the NMP22 test kit, manufactured by Matritech Inc, Newton, Mass, for Inverness Medical Professional Diagnostics, San Diego. The quantitative microplate test, which detects elevated levels of nuclear matrix protein in a urine sample, is considered useful for both screening and monitoring applications. Its use requires a physician’s prescription at present, although Inverness and Matritech are developing a home-use version, the NMP22 BladderChek, that will be available over the counter following FDA approval. This is expected to be the first at-home test for any type of cancer.

The NMP technology, developed at the Massachusetts Institute of Technology, is reported by Inverness to be twice as sensitive as urine cytology in detecting transitional-cell carcinoma of the urinary tract (responsible for nine of 10 bladder cancers). Occult disease and recurrent cancer are readily diagnosed in their early stages using this method.

InSite HER-2/Neu Kit
BioGenex Laboratories Inc, San Ramon, Calif, recently gained FDA approval for manual and automated versions of its InSite HER-2/neu kit. It will be marketed to pathologists for use in determining which patients with breast cancer would benefit from therapy using trastuzumab (Herceptin, Genentech, South San Francisco). The protein detected by the test, HER-2, is one that stimulates the growth of cancerous tissue. In 24% to 30% of breast cancer patients, overexpression of this protein is found; these are the patients who are eligible for treatment with trastuzumab.

HER-2/Neu ELISA
Diagnostic Products Corp, a Siemens Co, Los Angeles, also offers the HER-2/neu ELISA, which is used to monitor the condition of women with metastatic breast cancer whose initial serum values for HER-2/neu are 15 or more ng per mL. While the company notes that the test’s clinical utility has not yet been fully established, it is intended for use in detecting early recurrence of cancer, as well as in managing the patient’s immunotherapy. Higher levels of HER-2/neu indicate aggressive cancer, with a poor prognosis.

BeadXpress System
In March 2007, Illumina Inc, San Diego, introduced the BeadXpress system, which uses the company’s VeraCode digital microbead technology to permit the simultaneous assay of hundreds of analytes using one sample. Biomarker research and validation are among the primary applications of the system, which is also used for routine testing, clinical research, and the development of molecular diagnostic tests. The system combines the best features of solution-based assays and microarrays because it allows rapid reaction rates, but also has multiplexing capabilities.

Digital holographic codes on the tiny glass cylinders (microbeads) produce a unique code image through diffraction when read by a laser. The glass microbead surface can be treated to conduct genotyping, gene expression, or protein-based tests. The various beads of interest in a given assay are then combined, making it efficient and cost-effective to test a single sample for many characteristics. Demographic and quality-control information can also be represented by the beads’ digital codes. 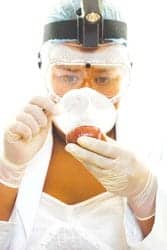 The future of cancer diagnostics appears to lie in changing the timing of cancer detection. Great clinical benefits are associated with early diagnosis of existing cancer, of course, so research and development will continue to aim in that direction. Other important research is pursuing refinements in the ability to choose cancer therapies based on their predetermined likelihood of success in treating the individual.

The real excitement in the field, however, is being generated by the effort to bring predictive oncology into broad use. Instead of detecting cancer at its earliest stages, predictive oncology’s methods focus on determining how likely the patient is to develop cancer (or a cancer recurrence) in the future. Until preventive methods become available, prediction is the best weapon available because it permits the patient to decide on lifestyle, surgical, and medical strategies to postpone or avoid disease progression.

eXagenBC
Exagen Diagnostics Inc, Albuquerque, NM, has applied for FDA review of eXagenBC, a DNA prognostic kit for breast cancer. The test is designed to predict the likelihood that breast cancer will recur by detecting a genomic marker. While today’s tests of this kind require the use of a particular laboratory, the Exagen product will be usable by any qualified laboratory.

Methylated GST-Pi
LabCorp, Burlington, NC, and Veridex LLC, a Johnson & Johnson Co, Warren, NJ, have signed a license agreement under which LabCorp will commercialize nucleic acid tests for prostate cancer. Methylated GST-Pi is the tissue marker used to detect cancer in cases exhibiting suspicious pathology results; the test will be particularly helpful for patients whose PSA levels are elevated, but for whom repeated biopsies have been negative.

Gen-Probe, San Diego, also has a prostate cancer test in the works. This urine-based assay detects the messenger RNA of PCA3, a gene highly specific to prostate cancer. A research version of the test was recently shown to be more accurate than PSA testing in predicting prostate biopsy results. The test has been approved for use in Europe, but is not yet available in the United States. The rights to use the PCA3 gene to develop testing were purchased by Gen-Probe from DiagnoCure, Inc, Quebec City, Canada.

DiagnoCure, in turn, has purchased the rights to two molecular tests for colorectal cancer from Targeted Diagnostics & Therapeutics Inc, Philadelphia. The tests, which use lymph nodes or blood, detect guanylyl cyclase C, which is found outside the intestines only in the presence of metastatic colorectal cancer.

Other work in progress in cancer diagnostics is focusing on the use of aptamers for early detection, new indicators (such as the tumor-suppressing gene p53) of breast cancer risk, and blood screening using early prostate cancer antigen-2.

The American Association for Cancer Research (AACR), the FDA, and the National Cancer Institute (NCI) have created the AACR-FDA-NCI Cancer Biomarkers Collaborative, which will promote the validation and clinical testing of biomarkers. The group, working with input from patients, government agencies, academic institutions, and industry, will develop guidelines for using predictive cancer biomarkers in clinical trials.

In addition to broadening the application of new cancer-detection methods, the laboratory community is involved in efforts to help established tests reach more of those at risk. One example of this kind of outreach is the Prostate Cancer Commitment program promoted by Abbott Diagnostics, Abbott Park, Ill. Screening for prostate cancer in the community is simplified by the program package, which is intended to help the laboratory conduct a screening event.

The package includes tools that can be customized for the facility and community and includes a guide to making the event successful. Also included are advertising and public relations materials to increase community awareness of the event and of the importance of prostate cancer screening. Abbott tests for prostate cancer, including prostate-specific–antigen (PSA), and free-PSA test kits, are available separately.

Hybritech PSA
Beckman Coulter Inc, Brea, Calif, also offers prostate cancer testing. Its Hybritech PSA and free-PSA test kits have been widely used ever since their earlier (manual) Tandem-R versions were the first prostate cancer tests approved by the FDA for use in conjunction with digital rectal examination. The current tests are made for automated analyzers. Because accuracy requires the follow-up free-PSA test to be calibrated to the original PSA test, it is important to use the same manufacturer’s test for each step. Otherwise, significant underreporting of potential prostate cancers can occur.

The American Medical Women’s Association issued recommendations for the control of cervical cancer in March 2007; the group called for HPV testing to be used in combination with HPV vaccination. Vaccination is considered appropriate for patients between the ages of 9 and 26, but the protection afforded is not complete (it covers the two strains of the virus that are believed to be responsible for about 70% of cervical cancer cases). For this reason, HPV testing is still needed, particularly among women over 30.

Kronus Tg
For patients who have undergone thyroidectomy, with or without radioiodine ablation, the presence of thyroid tissue is an early warning sign of the recurrence of thyroid cancer. Kronus Inc, Boise, Id, offers two tests that can detect the presence of local or metastatic thyroid tissue through its production of thyroglobulin (Tg), a glycoprotein found in serum. The Kronus Tg coated-tube immunoradiometric assay (IRMA) test kit uses overnight incubation of a serum sample. The Kronus META-Tg ELISA test kit can be used to detect serum Tg concentrations as low as 0.03 ng per mL—too low to be found using conventional methods. This may allow the diagnosis of recurrence earlier than previously possible. Serial serum measurements always should be made using the same test that was employed before, since results for the ELISA and IRMA versions are not interchangeable.

xMAP Technology
An approach to cancer diagnosis described as liquid ELISA is taken by Luminex Corp, Austin, Tex, with its xMAP technology. Designed to yield more information without increasing testing costs, this multiplexing platform can be used to detect biomarkers that include free PSA, carcinoembryonic antigen, and cancer antigen-125. Each sample well can be used for up to 100 analytes, and the company reports sensitivity levels comparable to those of traditional ELISA.

The xMAP technology combines flow cytometry, microspheres, lasers, digital signal processing, and traditional chemistry in a flexible design, with open architecture that allows other companies to develop test kits for xMAP. The speed, accuracy, and cost-effectiveness of testing improve because microspheres coated with reagents for a given bioassay can be color-coded in 100 distinct ways. Beads are combined as needed to test a single sample and then read many times (using a laser) to validate results.

As a whole, the prospects for the continuing development of new means of cancer detection, prediction, and even prevention seem ensured. Meanwhile, the need for these technologies is so profound, and the quantity and quality of researchers oncology attracts are so high, that established tests and all the laboratory products associated with them are likely to undergo constant refinement. Even if new research meets an unforeseen obstacle, an effort by laboratories to reach more of the public with today’s diagnostics will go far toward reducing the individual and societal burdens imposed by cancer. 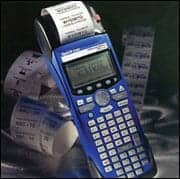 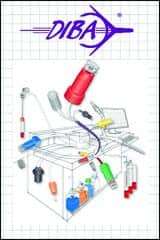