Advanced testing platforms are a boon

The imperfect (but effective) Pap test has not gotten better with age, but age has brought new tools that bring screening a little closer to perfection.
In 1928, George Nicholas Papanicolaou, MD, published a paper examining the presence of cancer cells in a vaginal smear. No one cared much. But in the 1940s, when cervical cancer continued to claim female patients—at times as the number one killer—a follow-up paper began to get some attention. By the 1960s, the Papanicolaou or Pap smear had been refined and proven enough to become a recommendation within the guidelines of organizations such as the American Cancer Society (ACS).
Between 1955 and 1992, cervical cancer incidence and death rates in the United States declined by more than 60%, according to the National Cancer Institutes (NCI) at the National Institutes of Health (NIH), Bethesda, Md. Today, cervical cancer no longer reigns within the top 10 killers for American women, and much of this is attributed to the screening efforts.
Over time, the recommendations have been adapted to better match newer evidence and technologies. For instance, a once-annual recommendation from the ACS was modified to suggest that women, aged 21 to 29 years who are at normal risk, undergo a Pap smear every 3 years; women, between the ages of 30 and 65 years who are also at normal risk, can be screened every 5 years but with both a Pap smear and an HPV test.
Unfortunately, not all women undergo screening, either in the United States or globally.
In 2010, the percentage of American women 18 years and older who have had a pap test in the past 3 years was 73.2%, meaning one-quarter of females in the United States have not been properly screened. Worldwide, the numbers indicate the situation is worse, particularly in underdeveloped nations. Similarly, the global incidence of cervical cancer worldwide is higher as well.
The Centers for Disease Control and Prevention (CDC), Atlanta, reports that 12,410 women in the United States were diagnosed with cervical cancer in 2008, and 4,008 died as a result of the disease. “The fact of the matter is that no one needs to die from cervical cancer. There are enough tools available today to make sure it can be prevented,” says Doug Lunderville, associate director of marketing for prevention, North America and women’s health, Qiagen, Germantown, Md.

FLAWED BUT FUNCTIONING
The primary tool for prevention over the past 60 years or so has been the Pap smear. The test looks for changes within the cells on the cervix that indicate precancerous conditions. Its exact sensitivity and specificity are unknown.
The NCI notes that the Pap smear has never been examined in a randomized controlled trial nor in a study that compares it to some gold standard (a situation that is true of most screening tests for cervical cancer). However, research comparing an individual Pap test with repeat Pap testing has found that the sensitivity for a single test for detecting high-grade lesions ranges from 55% to 80%. This may be due, in part, to the subjectivity involved in evaluating the samples, and in part to different technologies and different operators.
Newer tests using liquid-based cytology have been found to improve the number of satisfactory samples and accurate disease detection by identifying more squamous intraepithelial lesions. However, the studies comparing the performance of these methods to the conventional Pap smear have been flawed or contradictory.
It is thought that repeat Pap testing likely helps to improve the sensitivity of the test, particularly since cervical cancer typically develops slowly (although asymptomatically). Additionally, conjunctive DNA testing can also help to identify more patients with a precancerous condition.
Nearly all cases of cervical cancer are caused by specific types of human papillomavirus or HPV—roughly 15 of the 100 HPV types identified. Two of these 15 high-risk types (HPV-16 and HPV-18) have been found to be responsible for about 70% of cervical cancers worldwide. Advanced testing platforms are able to look for the DNA of these infections in cervical specimens, helping to clarify ambiguous or borderline Pap smear results. If the results for both tests are negative, the likelihood of a false negative is far less than with a Pap smear alone.

CONQUERING CONFUSION
The addition of a second testing method has been helpful in further reducing the incidence of cervical cancer and better identifying patients who require further management, but patient selection has been impeded by differences in terminology. The medical community agrees on the two patterns associated with the viral-epithelial interaction of HPV, but different fields have developed different vocabulary to describe biologically equivalent lesions.1 Physicians within gynecology and gynecologic pathology use different terms than those in dermatology and dermatopathology; other specialty groups with a focus on a particular area of the body may have their own phrases as well.
As with the Tower of Babel, confusion has resulted, with the risk that a patient may not undergo the proper treatment due to miscommunication. There is enough variation in terms of adequate sampling, result reproducibility, and subjectivity without risking improper interpretation of results as well.
So a consensus process was convened to recommend a universal terminology across lower anogenital sites. The result was the paper “The Lower Anogenital Squamous Terminology Standardization Project for HPV-Associated Lesions: Background and Consensus Recommendations from the College of American Pathologists and the American Society for Colposcopy and Cervical Pathology,” or the LAST Project.1
“The motivation for the LAST Project was to have the correct treatment category and management strategy identified for patients with HPV-related disease,” says Mark Stoler, MD, professor of pathology and clinical gynecology, University of Virginia Health System, Charlottesville, Va, and a member of the team that put together the new recommendations.
If a lesion is called the same thing across the board, it will be easier to apply the correct management strategy. “The strategy for a CIN 2 on the cervix of a 35-year-old may not be the same as the strategy for a VIN 2 on the vulva for a 50-year-old, but at least we know, biologically, what we mean by that term in each of those sites,” Stoler says.
The challenge, of course, was getting the different specialties to agree on the terminology, some of which reflected outdated concepts. However, Stoler notes that a fair proportion of pathologists are currently delivering results as suggested within the new guidelines, and adoption is expected to occur quickly. “Many of these concepts are included in the major textbooks, and the paper has been widely publicized,” Stoler says. Meetings and Webinars will round out the education effort.

RECOMMENDED, BUT RESISTED
Lunderville would like to see similar outreach to patients to encourage screening—and screening with the right assay. He points out that the ACS guidelines suggest that women over the age of 30 years with a normal risk for HPV get screened every 5 years with a Pap smear and an HPV test.
Qiagen was the first to offer an FDA-approved HPV DNA test in the United States (in 1999). Today, more than 88 million women have been tested worldwide, and a significant amount of data on the test has been collected, Lunderville says.
“Women still die of cervical cancer, and it’s preventable with proper testing and proper treatment. The HPV DNA test brings a much higher level of clinical sensitivity to the Pap smear and, when used in conjunction, can be the best protection today,” Lunderville says.
However, not all women over the age of 30 are undergoing both a Pap smear and an HPV DNA test. “Only approximately half of physicians are following these guidelines—for a variety of reasons,” Lunderville says. Laboratories can help with outreach efforts that include physician education regarding the value of the test, and patients can ensure they receive proper testing by discussing the matter with their physicians.

DRILLING DOWN
Sometimes the decision is clouded by confusion regarding newer tests and technologies. Often, they are not meant to replace existing platforms, but to improve upon the results produced by those platforms, just as the HPV DNA test helps to improve upon the results obtained from a Pap smear. Many of these newer screening tools are targeted toward a more specific subgroup.
The new Quest Diagnostics Cervical Cancer TERC test is intended to be an adjunct to Pap and HPV tests that have ambiguous results to help properly identify women at an increased risk of developing malignancy, unless treated. The test is based on the human telomerase RNA component (TERC) gene marker, obtained by Quest under nonexclusive patent license from the NIH. NIH found that the TERC gene may be useful for risk stratification in Pap screening because its presence is amplified in the precursor cells of cervical cancer.
Using residual Pap smear samples, the TERC test can be performed prior to a colposcopy (where cellular changes are visually inspected) and help to clarify the risk of developing cervical cancer. Women found to be at very high risk may benefit from more involved management, such as additional cervical biopsies during the colposcopy or more aggressive monitoring. Women found to be at low risk as a result of the adjunct test may be spared unnecessary follow-up and other procedures as well as unnecessary anxiety.
“The testing service may be particularly helpful in evaluating women who receive certain types of atypical Pap results, such as the ASC-H category, or whose Pap tests show mild cellular abnormalities known as low-grade squamous intraepithelial lesions or LSIL,” says Daniel M. Jones, MD, PhD, medical director of Cancer Diagnostics Services, Quest Diagnostics, Madison, NJ.
Up to 1.5 million women in the United States receive an LSIL result each year, representing 2% to 3% of the women who undergo a Pap test, Jones estimates. Some cases will progress to cancer, and some will not. The ability to stratify the two groups can lead to better management and potentially better outcomes, as well as less patient anxiety and improved economics.
The numbers have improved regarding the incidence and impact of cervical cancer, but those regarding HPV are more concerning. The CDC estimates approximately 20 million Americans are currently infected with the virus and that six million are newly infected every year. The disease is so common that at least half of the men and women who are sexually active will become infected sometime throughout their lives.
This high incidence of HPV, combined with the asymptomatic nature of cervical cancer, means that screening will continue to be important. Ideally, the better the screen, the better the outcome. Great strides have been made in preventing cervical cancer over the past century, much of it through use of the imperfect Pap smear alone—which no one cared much about at first. Decades later, it continues to be the first step in identifying precancerous stages, and now benefits from newer technologies that pick up where it leaves off. Ultimately, however, it is the patients who benefit, because preventing cancer is conquering it. 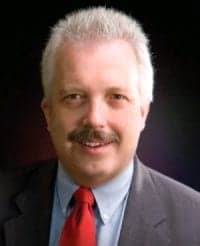 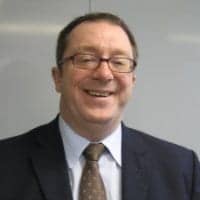 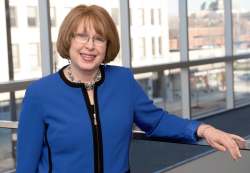